If Batman was a writer, FREEWRITING would hang in a prominent spot on his utility belt.  That’s how underrated a weapon freewriting is in the writer’s arsenal. 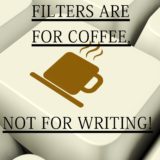 Freewriting can be triggered by anything.  A taste suddenly reminding one of a long-forgotten refreshment . . .  An old, yellowing picture commemorating a youthful event . . . The obituary of someone you once knew but don’t recall . . .  A rusting car out in a country field reminding you of countless afternoons at play after school . . .  A scent on the breeze you don’t remember the name of, but that instantly brings a face and time to mind . . .  A voice . . .  The way someone looks walking away from you . . .

It’s called ‘freewriting’ on purpose; there are no rules.  Time and space are immaterial.  Fiction and facts can be tatted together in such intricate lacework even the writer may not in a later reading fully understand the ebb and flow of its literary tide.  A writer’s developing character can be the actual author of freewriting, shocking the writer by his or her emotive power and intensity.  Only later – perhaps after years – will that character’s force of will and personality be seen and blended into earlier works involving them.

Well.  If you’re looking for structure and boundaries, freewriting isn’t for you.  In that world, anything goes, and as much winds up a crumpled habitue of one’s wastebasket as—only to have it apologetically retrieved, smoothed, and reread.  No rules, remember?  Freewriting is, well, free.  Sometimes in the creative miasma of orbiting ideas, pieces of phrasing phabric, and hurriedly-jotted mysterious prompts on sticky notes attacking all at once, a writer’s mind can become stuck – like a blender or garbage disposal with too much stuff jammed in at the same time.

Consider freewriting a writer’s scream for sanity!  Or a decent plot or something . . .

With that in mind, here is a snippet I found buried on a single page in one of my ubiquitous steno pads.  Think Christmastime from years past . . .

Here’s to all the 2nd Place Lovers.

All the ones who loved enough to back off and disappear in plain sight . . .

To the really great guy in the butterscotch plaid flannel shirt and worn jeans sitting alone in a truck stop outside Omaha, creased-and-laughlined face bowed momentarily over the chicken fried steak special, unfortunate enough to be hated and dismissed because back when it would’ve mattered he was too decent and nice . . .  How long, God?  I mean, how—-

“More coffee?”  Gratefully, he raised tired eyes to the young man keeping every traveler properly caffeinated, held out his cup, and thanked him.  “You’re welcome; my pleasure.” 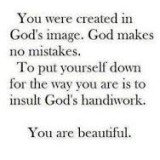 The guy sat there for a few seconds before his racing thoughts caught up with him.  I know where he’s been trained.  If Chick-fil-A’d been around back then, it’s where I’d have worked.  Too ‘nice’ or ‘pretty’ to work anywhere normal!  He knew he was just feeling sorry for himself.  He’d worked hard at the normal teenage jobs, some of them rough and dirty; had a few of those across the years in between, too, but was having a hard time even enjoying his delicious meal.  The stupid canned Christmas music didn’t help.

How long, God, do I go on believing for the best, while those for whom I overcome my resolve never to try again, and reach out to, always have a reason to ultimately back away and find somebody else?  Why do I always wind up being the opening act for someone else to step in?  What of my choices?  What about my joy, the desires of my heart You say you’ll fulfill?

To the terrific, classy, jeweled past-her-prime woman in light lavender and black with the tired, professional’s smile, matching shoppers with designer fragrances at Dillard’s to make ends meet, because the man she gave her heart to all those years ago decided on somebody, anybody more exciting, younger and slimmer.  Again . . .  How long, Dear God, do I keep on being too late for this, or too early for that?  I’m always too—too something!  I open my heart, 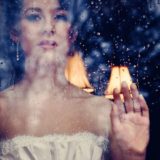 leave it ALL out there on the field, so to speak–yet it’s never enough!  I’M never enough! You’re GOD!  I know You can do anything, anytime.  Can’t You make something – someone – work out for me, too?  You said all that time ago that it’s not good for man to be alone.  Well, it’s no stinking holiday for a woman, either!  What about me, Lord?  When does happiness stri–

“Oh, yes.  Each of these featured new holiday fragrances are on special this weekend only.  Feel free to sample them.”

—strike me?  I’m tired of having only my mirror for company.

And that’s where it stopped, those years ago.  Yeah, just like that.  It’s the nature of freewriting, the nature of a writer’s notes.  It’s unwieldy, unorthodox, naked, raw, and jagged.  And not always grammatically correct – depending on the writer’s frame of mind.  Characters tend to pack their own luggage.

So, there it was, scrawled in green, lamenting two lonely seniors:  one seated by a truck stop window with icy winds scudding snow in wintertime swirls through his heart; the other several thousand miles away, in a controlled-climate, professionally-decorated environment, yet with her heart just as icily withdrawn and guarded, as if standing calf-deep outside in a Midwest winter snowdrift.