Kidding is NOT for cowards nor the weak of knees.  Raising children has always been the reserve of rank amateurs; by the time we’ve kind of got a handle on it, we’re grandparents – and we have a whole new rulebook. 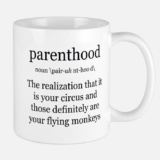 Now, in a world seemingly overrun by ‘adult’ children, the task is all but impossible.  Look around.  From supposedly serious presidential candidates to committee members to state and local honchos, they almost all seem to be merely adult-sized versions of spoiled, lying, pouting, troublesome, demanding 13-year-olds.  They certainly act like it.

In one vital area, however, they in no way resemble well-behaved boys and girls raised by conscientious parents.  When caught in lies and confronted by them, they wiggle and obfuscate and lie some more.  It’s bad enough to watch a kid do that; with good parents, justice is usually swift and certain.  It’s a sign of bad things when nationally-ranked political types openly duck and dodge, constantly preying on each other, spending years and millions of our money to try to stay out of prison.

This was in this morning’s mail.  It triggered these thoughts and more.  See what you think.

After creating heaven and earth, God created Adam and Eve.

And the first thing he said was: “Don’t”.

“Because I am your Father and I said so!” said God, wondering why he hadn’t stopped after making the elephants.

A few minutes later God saw his kids having an apple break and got seriously ticked.

“Didn’t I tell you not to eat the fruit?” the First Parent asked.

“She started it!” Adam said.

Having had it with the two of them, God’s punishment was that Adam and Eve should have children of their own.  Thus, the pattern was set and it has never changed. 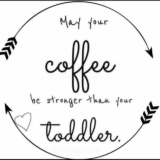 Yes, there was more to it than that.  Disobeying God right out of the chute had consequences.  Big, far-reaching ones.  However, there’s reassurance in this story.  If you’ve persistently done your best to love your children, guiding them in God’s wisdom both by teaching and example, and they’ve been deaf, dumb, and blind?

Don’t be so rough on yourself.  If God Himself had issues in handling His children – 0f whom there were only two – why should it be a shock when you have a few issues, too?