“So-o-o, what did you guys do on your honeymoon?” 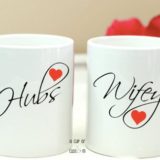 The tone and delivery made it clear:  wrinkles and liver spots have nothing in common with love.

The inquisitor was a twenty-something wielding more questions than sense, a grand-niece hailing from one side or the other of their blended families.  She stood in the defiant, lock-kneed stance of goofs everywhere.  Her arms were crossed as if her interrogation was not only reasonable but an answer was her right; to ignore it would be an unforgivable affront.

She presented as a sort-of-adult version of the irritating, pudgy child she must have been.  Desperately wanting to be taken seriously, she was amusing in her emo splendor, with the exception of the shocking green mohawk seeming to sprout from her otherwise-sooty hair like a genetically-modified Martian Bird of Paradise plant.  The oversized Saints jersey with Brees on the back did not seem to help.

The question and follow-up prompt had been double-dipped in arrogance, as if only the young could experience marital enchantment and anyone 50 and above should close their shutters so as to not embarrass the rest of Earth.

Herb and Charlace, well into retirement years, had been relaxing quietly in the shade beside the trickling waterfall. Their chaise-lounges were close together, with only a small table between them holding the coffee they’d both been enjoying, and a tablet softly playing Pandora’s Dinner Jazz in the background.

Both had full heads of silvery-platinum hair, and looked and acted fit. They’d swum long enough to cool down and had been appreciating the waning pumpkiny sun as it dried them off.

Herb stood, stepped into his khaki cargo shorts, tucking his now-dry purple Adidas swim trunks in, and zipped his thin lime-green hoodie halfway up. Then he silently sat back down, playing dumb, nose buried once again in his book. Charlace wasn’t so kind. She had no idea why they’d attracted the girl’s attention just then.  But she did know the young busybody peppering them with questions would not shut up until she’d gotten some kind of rise out of the older woman. Charlace didn’t feel she and her recently-new husband needed to respond, but it seemed clear her nosey, condescending great-niece was not hint-oriented.

Waiting an appropriate tick or two, Charlace eyed the inquisitor as one might while aiming at a fly with a yellow plastic swatter. She might’ve even wedged a tock in.

“We did crossword puzzles and watched seagulls.  I knitted, and he took naps.”  The fine edge of her sarcasm sung and keened like running a moistened finger around water-filled glasses.  Ashley bent one knee in exasperation, locking it again and making that “UH-uhh!” huffing noise that blesses adults’ hearts everywhere.

Charlace sat, quietly observing the girl.  Where do any of these kids learn their social skills?  She acts 14, not 24.  And does she have any idea how silly and needy she looks?  Sighing, she said, “Ashley, it’s none of your business.  Your attitude reeks, and you’re too old to be acting like you are.  We don’t owe you anything you can run and immediately tell your gossipy friends.  But because someday you may grow up enough to seek some adult counsel, I’ll answer you.”

The younger woman nodded, and her eyes took on the mein of a puppy anticipating a Milk Bone.

“We ordered a lot of cabin service coffee and took turns sharing meaningful Scripture passages from our respective morning quiet time, as well as from the books we brought with us to sit on our private veranda and read.” She held her patented wry, glinting eye contact just long enough to be rewarded by the slight rise of pinkishness in Ashley’s cheeks, then resumed reading.  At least she retains enough sense to register embar—

“Oh, come on—you tryna convince me that’s ‘all’ you did?”

Taking a slow, deep breath, Charlace reluctantly turned toward Her Rudeness, allowed into her gaze a bit of the rich, smoky mahogany heat only those who roused her feelings had ever seen, cocked her right eyebrow and purred, “Did I ‘say’ that’s all we did?” Standing, she pulled Herb’s red-and-gray flannel shirt she’d borrowed up onto her shoulders, and dropped the book into her bag. Leaning over to pick it up, she reached down and lightly brushed Herb’s silver hair back out of his face.

With that, she grabbed her Howya Bean travel mug, and sauntered past the gaping, momentarily-silent younger woman.

Witnesses later affirmed there might’ve been a little extra hip action as the stunning platinum/silver-haired grandma brushed past the snotty, self-important Ashley. As Charlace disappeared around the corner of the pool house, the girl’s tongue came unstuck.

Brow creased and mouth scrunched in disbelief as only The Young And The Brainless seem able to pull off, she stared down at Herb. “But your name’s not LeRoy! It’s—” The normally taciturn gentleman had had enough as well.

“Your great-aunt is an avid NCIS fan, as am I. She wanted to pick a pet name for me, and it turns out to be LeRoy.” He smiled at her consternation of two old, creaky grayhairs acting so—so . . . He picked up the tablet, sliding it into one of his cargo shorts’ big pockets.  Book and coffee mug in hand, he excused himself and brushed past her as well, amused at her stunned and awkward silence.

She couldn’t stand it. “Wait! What—what’s your pet name for her?” He glanced back and grinned as he rounded the corner.