“Oh.  Sorry.  Didn’t mean to barge in.”  Arlough said it in his usual staccato style as he barged in. 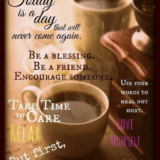 I sat quietly in one of my overstuffed, mismatched chairs, the faded brown one.  One never need assume with Arlough; he’s famous for getting to his point.  The challenge lies in keeping up with an agile mind usually operating somewhere around Warp 3.

“You weren’t answering your phone.”  Statements don’t always require a response.  I waited, warming my hands around the big, potbellied coffee mug with “BLESSINGS” stamped on it.

“You haven’t written yet this week.  There’s like six or seven people around the world who depend on your wit and wisdom, y’know.”  I tested my Ruta Maya Organic.  Ah.  Just right.  And at this time of day?  Sugar.  Caramel.  And cream.  Definitely cream.  In the afternoon, a little cream goes a long way.  I figured my friend’s mind had pulled up into a chandelle and was about ready to stall out.  He wasn’t used to flying this slow.

“Well, I guess you—I was just—it just seemed weird that—”  Though my mercies, like God’s, aren’t always new every morning, I still try to be His hands and feet – and voice – when it will help.

“You’re wondering why I’m not up and operating at 4 AM, pumping out work on my several writing projects, which includes keeping my blog full of things to think about.  Why, instead of sitting over at my desk, fingers poised over my keyboard, I’m sitting over here with nothing but some great coffee, my writing pad and a pen.”

“Nowthatyoumentionit . . . ”  I know and value every close friend I have.  When Arlough’s normally-rapid speech patterns start gusting thirty or forty knots faster, I know he’s bugged. 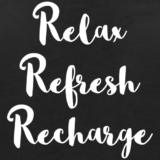 He sat processing what I’d just said.  Electrical engineers understand what a recharge does.  I could see he was troubled at how that fit with me.  “Arlough, I know I don’t have the stamina of a normal man – even one my age.  I don’t like to admit that, but it’s been a reality for me for 18 years.  Dealing with the dozen or so chronic issues that are part of my ‘Now’ is always a challenge, though doing so has become more or less commonplace.

“My biggest detriment is my pride.  I set out each morning the tasks I’d like to get done before day’s end.  I always make a great start, knowing my energy will quickly fade as the day moves on toward noon.  My risk/value assessment is always set too far on the risk side.  I know that.”

He could tell I was baring some facts from my private reserve few others ever knew.  “So what does that mean?”

“It means I can only go so many days trying to look and act normal before my battered body and mind won’t put up with my shenanigans, and quits on me.”  Arlough frowned.  Gesturing toward my coffee carafe, he got up and poured himself a cup to cover his obvious displeasure.

“I thought you knew better than to push yourself.”  The fine edge of equal parts alarm and disgust was strong in this one.

“I do.  And I love you for caring enough to check on me.  Knowing better does not excuse me from always testing my learning edge.  My physical boundaries.  One thing I told God I will not do is use my disability as an excuse to do nothing.  Therefore, I do what I can, learning in the process what things I need to stay away from, for I hate starting a project only to be forced to stop only a few hours later.”

” ‘Kay, so how do you know when you’ve smacked the wall, to use a NASCAR term?”

My friend was quiet for a few moments, drinking coffee and thinking.

“You overdo it for everyone else, looking and acting like, uh, like a normal guy in public.  Then you go home or come here and crash for however long it takes.”  I admitted that though it was a bit more complicated than that, he basically had a pretty good grip on my daily life.

Draining his cup, he took it over to the small sink, rinsed it, and set it on the counter to dry.  He then did something I’d never known him to do.  Arlough walked over behind my chair, laid his hands on my shoulders, and prayed over me.  What he said will remain between us.  Yet his words were at once towering and tender, empassioned and empathic.

Finishing, he walked around in front of me.  “No, don’t get up.  You’re doing exactly what you need to be doing – in fact, something I need to seriously consider doing, myself.  I’m gonna barge back out, ‘kay?  But I need your word on something.”  This was an intense side of Arlough I rarely saw.  I raised my eyebrows and waited.

“Don’t ever let ten or twelve days go by without letting all seven of us who read after you know you’re okay, and just regrouping.  You don’t realize how much some people rely on your posts, and we’re still wanting to read the books you’re supposedly working on.  We admire you for being so willing to keep pushing yourself; but to lose you because you’re too danged bullheaded to take care of yourself?  That dog don’t hunt, and I’d hate ta hafta get Sparks and Raven Wing over here to righteously kick your insufferable butt!”

I sat quietly in one of my overstuffed, mismatched chairs, long minutes after the door had snicked shut.  Wiping tears, I drew in a large breath and said, “Granger, my friend?  You’ve been told!”

I agreed with myself, and we both voted another cup of afternoon java was in order.  After all, I knew Arlough loves me.  He knows good and well there are at least eight readers . . .

Now, where’d I stow that half-and-half?