Do NOT let all the colors fade to gray just because your hair does. 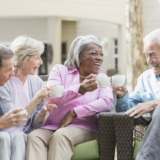 Today’s title is a whimsical, coffee-flavored play on words.  The content is a matter of life and premature death.  I hope by the time you see “Loving you” at the close of this post, you’ll understand this is no hyperbole.

I was born on my mother’s 43rd birthday.  Coming up through the grades and into high school, I always felt awkward when at a game or concert or play someone would point to my parents and ask, “Is that your grandparents?”  Add to that the irritating tendency of my elder siblings to ‘parent’ me along with my own nieces & nephews, and you’ve a good idea why I felt somehow offset in Time, unsure of where I fit.

I was never ‘Dan’ to them.  Y’know, like a brother?  I was always ‘Danny’, and often ‘Little Danny’.  I hated that nickname.  Whenever I hear it, my mind is mugged by early memories it serves absolutely zero purpose to mention here.  In ten days I turn 66, and there are still only a couple of people on the planet who can call me that.

You might be excused, then, if you surmise by this point in my life that I’m socially misshapen, a barely-functioning maladroit in the company of other normal people.  The younger Dan would’ve likely said something like, “Well, if that’s what you think, then I probably am.”  After all, I’m an introvert, and was an insecure one.  The wiser of you know that doesn’t mean I’m a pushover and have nothing to say.  It just means I hadn’t yet learned how to articulate my innermost feelings, nor had I found anyone I felt would listen to them.

Then God said, “Write.”  This blog reflects what a difference both He and His gift have made in my life.

These things are here to make a point.  Some of you know I’ve overcome that quite nicely, thanks.  The point is, no matter what lies behind you, the way things are for you only remains that way until you decide it no longer will.  Enter today’s third COFFEEOLOGY installment, “BETTER LATTE THAN NEVER.”  What follows are some jewels I’ve gleaned from years of observing others, and recording my thoughts.

So–what things do I, a gray-haired great-grandpa, have to write to my brother and sister gray-hairs who were born back in the 50s? 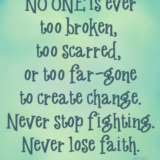 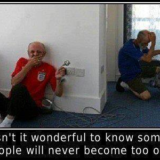 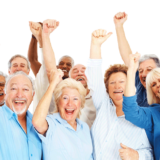 I’d personally rather be completely exhausted from the hard times and stretching circumstances that breed success, than be well-rested from achieving nothing.  Those of you who know me best understand I deal with this, too, on a basis so regular it’s pretty much a part of my ‘now’.

There you have it, then:  the third in this five-part series on COFFEEOLOGY:  BETTER LATTE THAN NEVER.  To all my fellow gray-hairs who arise each morning with the grit and determination to keep overcoming and provide a steady, reasonably-mature influence over those coming behind?  I’m grateful to you.  Observing you, knowing you makes me even more empowered and intent on moving ahead with my eyes up and to the front. 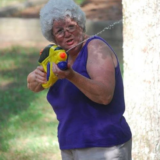 All those jokes about youth and exuberance being no match for old age and treachery?  You make me smile, because being around you makes me even more of a believer.

Thank you for your part in my journey.

Thank you for allowing me to be a part of yours.

Until God says otherwise, we both have a l-o-n-g way to go.  Let’s see how much we can get accomplished.