When small men cast big shadows, it’s a sign the sun is setting.

I remember as a boy going to my aunt’s house in Echo, Oregon to watch The Wizard of Oz.  It was an annual thing, almost like a family reunion, only without the multi-whiskered wart and the “Oooh, coomew an’ give Auntie a boog koos!”  Yeesh.  There must be an aunt’s union or something, because it was always Aunt Margie or Ruby who’d be standing there, duck-lipped and arms reaching. 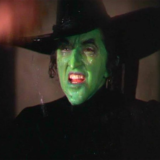 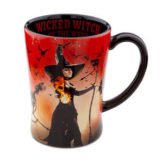 Why is it always the, ah, fluffy and less-than-adorable ones who do that?  I’m sure my eyerolls were audible, #gagmewithagardentrowel.  And how can parents be so complicit?  “Oh, stop being silly and go give your aunties a kiss.”  Okay, I will confess there were one or two bipeds of the feminine-girl-type persuasion from whom I’d cheerfully have received such therapy.  None was named Margie or Ruby.  Just no.

Aunt Juanita Galligan was attractive, slim, and looked great for being approximately 1,730 years old.  I don’t think she ever paid her Auntie’s Union dues, for she never treated me like the other two.  I never saw her unkempt; even when recovering from losing a big toe because of diabetes, Aunt Juanita never went without makeup or her hair fixed up.  Uncle Tad was cool.  He was tall and quiet.  He had a presence about him, and I liked being around him.  He was in the Navy, though, and his career field had him stationed for 1 or 2 years at a time in places like Adak, Alaska.

In his absence, I think she appreciated the company, even if it was from her young nephew.  Any spouse of a service member who makes frequent isolated remote tours can tell you:  it gets old.  Having some company around once in awhile – any company – is welcome.

A few of you know me well enough you might guess which scene from The Wizard of Oz most stuck with me, long after I’d grown up and Aunt Juanita and Uncle Tad were dead.  For those who don’t, I’m going to get a refill of this wonderful medium-dark roast, Cameron’s Velvet Moon (Cue the ‘Final Jeopardy’ music, Alex) while you guess . . .

So–if you picked the scene that culminates with, “Pay no attention to the man behind the curtain”, you win.  From the first time I saw it at around age 10, the lessons therein resonated in me.

They still do.  And the biggie?

Always suspect the words or actions of those who operate behind a façade of respectability, all the while pushing a private, hidden agenda.

As I grew, it soon became apparent such is found anywhere, including the Church.

Now in my senior adultism, I find I’ve scant patience with those who believe their own plans are interchangeable with God’s plans.  That kind of activity always involves manipulating others’ lives, usually with a self-promoting end in sight that, if openly revealed, would never be tolerated.

In or out of Christian venues, anything that knowingly abuses and needlessly wounds another person does not, cannot please God.  Hanging with those who either do or support such is not on my bucket list.  That’s a joy-killer, and I aspire to as much authentic joy in my heart as I can muster.

Juanita Galligan was not a believer in any way we might recognize.  But she had a moral, practical code by which she lived, and which permeated her and Uncle Tad’s digs as much as the cigarette odors.  Aunt Juanita didn’t play cute word games.  Even though I was a pre-adolescent boy the first time I went to her house by myself, she spoke kindly but directly to me about cabbages and kings.

To the best of my knowledge, she never misled me by saying one thing on the surface while doing something else entirely different down where submarines operate.

Aunt Juanita was a straight shooter, a tough but real lady, and I looked forward to our going to her house because I always knew where I stood with her.  I knew I could trust her to always say, be, and do the right thing–even if it didn’t entirely please me.

I knew whenever I was at her house, I never had to worry about anybody behind the curtain, pulling levers or pushing buttons, and distracting me from what they were really trying to do.  It might’ve had something to do with both of them being career military people. 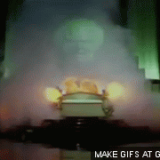 You know, I’m even more thankful – no, grateful – now for that lesson from The Wizard of Oz.  I tend to be a bit of a skeptic, perhaps even a cynic, now.  But I’m learning to discern earlier and earlier when there’s a Man Behind The Curtain.  And I’m now less bothered by the necessity to move on when I find there is one.

100% of the ones I’ve discovered think that hiding the truth, and their real agendas, while herding good people with sober, even noble words, constitutes leadership, making them king of the forest.

Nope.  That’s not leadership; that’s manipulation   True leadership calls for a servant’s heart – and for the courage to do and be the right thing whether popular or not.  It takes no courage to sneak quietly around behind the curtain, making people think you’re doing one thing when all the time you’re actually doing something quite different.

It’s what puts the ‘ape’ in apricot, right?

And courage is what it takes to man up, recognize when wrong has been done – or a little right’s been done in a terribly wrong way – and do one’s best to clean up the mess.  It may be moot at that point, because when egos, personal aggrandizement and self-absorption are the catalyst for having The Curtain up in the first place, massive damage is usually done, and done in a hurry.

And those having been The Man Behind The Curtain rarely wish to stick around long enough to face the music and make things right.  They usually abruptly disappear, or, worse yet, stay put and try to bluster and make excuses for the havoc they’ve wreaked.

That means it is likely time to move on.

Now, where, exactly, is the Yellow Brick Road?