There are many things that, as a senior adult, I’m willing to overlook, mostly for my own inner peace. 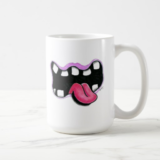 Earlier this morning I was one of two diners in one of my favorite breakfast spots.  I’m sure that, somewhere, there are restaurants open that early with more luxurious surroundings.  I don’t think you’d find one with more friendly appeal and better food.  They know me there:  “Let him sit wherever he wants.  He won’t need a menu.  Oh–and keep his coffee cup full.”

I’d ordered and was sitting quietly, reading after Elizabeth George’s great book about the art of writing, WRITE AWAY.  What could be better than a well-constructed, inviting book and fresh, hot joe?  I had my notepad lying close.  Ideas are constantly bubbling up, and I hate to miss them.  I know better than to talk myself into, “Oh, I’ll remember that.”  I am ruthless with myself, for in most cases, I do not.

For a writer, the morning solitude, a solid book, coffee and comparative silence are a winning blend.  Most of the time I’m the one doing the writing, so it’s a special treat to sit and muse over the thoughts of another good writer.  I’d just reached for my fluorescent yellow highlighter to mark a thoughtful phrase when they came in.  Except for the two booths I and my fellow diners occupied – one on my end, theirs on the opposite – the newcomers had their choice of anywhere else to sit.

His voice had all the charm of a car crusher ingesting an Audi.  It was irritating.  He knew that.  And because of a girth the approximate size of Vermont, it had that abrasive foghorn quality that made any other conversation within the same zip code impossible.  He knew that.

From the time the three walked in, he never shut up.  That in itself was bad enough.  But his language was coarse, vile, and disrespectful to any self-respecting woman.  Someone he said was his daughter called him three times, and each time he made sure to put his phone on speaker so he could continue Hoovering whatever he’d ordered, as well as what remained on the women’s plates.  That’s what I surmise, anyhow.

They sat behind me.  From the Doppler effect of the women’s not-totally-convincing laughter, I could tell they were looking around to see if I was sufficiently bothered.

Who would not be?

I quietly reread the same paragraph seven times while I finished my meal.  I’d already paid, so when done I had a few extra sips of coffee, reveling in the fact that I was now irritating him.  He’d hoped his story about where he sat being where his momma, God-rest-her, always sat would cover for him choosing to interrupt my solitude and ruin my concentration by sitting right behind me.  From everyone’s faces, I doubt any of us believed him.

Far from chasing me off, he made the worst possible error:  he got me praying about and for him.  That wasn’t in his plan.

While enjoying my coffee, I prayed God would shut his mouth and make his throat sore every time he thought about using the foul language he’d repeatedly demonstrated.  And I prayed God would open the eyes of those two women to realize what the price of breakfast was costing them in terms of their self-respect – if any remained.

When I got up to leave, his voice had developed a rasp.  I never bothered turning to get a good look at any of them.  I’ll know him by his mouth and the sound of his voice if he ever comes in again when I’m eating.  And in case you’re curious, I knew saying anything to him would have only caused what he was hoping for.  Should he attempt it again, I’ll gather my things and move or leave.  And because I know the owner, I’ll personally tell him why I’ll never again return – and why I’ll tell any who ask why I never go there any more.

Herein are many lessons, only one of which I choose to mention.  If you keep getting in other people’s spaces and faces, sooner or later all around you will tire of your mouth and methods:  the only loser will be you and those who follow you.

The best for me is you need not make a scene to make a difference.  Do your communicating where and with whom it will matter.  Be wise as serpents and harmless as doves . . .