The two men gratefully sank into the commuter train’s seats after a long day in the city.  Andrews asked the other, “Your son go back to college yet?” 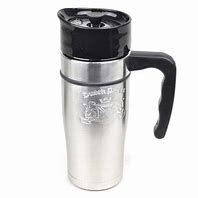 “Two days ago.  Yours?”  Jennerson nodded.

“Mm-hmm.  Senior this year, so it’s almost over.  Thank God, in May Shawn’ll be an engineer.  I still wonder how long it’ll be before the pockets of my slacks ever go back to their shape before his hands were in them all the time, too.”   He paused to take a sip out of his Dutch Bros. travel mug he’d picked up from somewhere out West at a conference last year.  “What’s your boy going to be when he gets out of college?”

“Jarvis?  At the rate he’s going, I’d say he’ll be about thirty.”  His companion about spewed coffee into his lap, laughing.  He settled down, then asked,

“Every dollar I make.”  The other guy’s humor snicked shut like an SLR lens.

“Kidding, right?  He never gets home early though to know what midnight oil is.”  If a voice could be called threadbare, this dad’s sure qualified.  Even his sarcasm seemed as though on a time delay.

“Well, has sending him to college done anything at all for him?”

“Certainly has!  It’s totally cured his mother of bragging about him!”

His friend sat slack-jawed and stared at him for a moment, for he knew moms are the LAST ones to not brag on their perfect little darlings, even if 47 years old.

“I’ve already been having coffee with the local Marine recruiter.  Whether he drops out, gets kicked out, or by some amazing miracle of God manages to graduate, we’re driving straight there immediately thereafter.  I’ve finally admitted to myself that, as nice as it is to still have one of our kids at home, we’ve not done him any favors.”

“Well, he does need to do some growing up!”