Of course I thought I knew more than my dad when I was growing up.  What kid doesn’t?

You can spare me the wide-eyed, head-shaking denials.  Neither you nor I are children any longer. 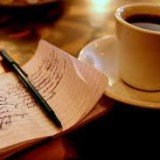 Can we save some time and agree to stipulate that you and I were far more brilliant as kids than our parents were as adults?

I knew my father had to quit school at age 13 when his dad died of the pulmonary disease plaguing so many Northern Indiana steel mill workers.  I knew he then had to go to work himself.  Even though he never went back to school, my dad never stopped learning.  I should have picked up on that quicker.

There was one thing Dad did I felt was smart:  he saved his change.  He hung onto everything from pennies to fifty-cent pieces.  He even (get this) . . . he even went so far as to buy clear plastic little tubes with lids to keep it all in.  Amazing he’d do that out of convenience for me.  After all, I knew where they were because he’d show me how he’d check each one’s mint stamp, date and features.  The ones he meant to save, he’d put in little blue cardboard books with little cutouts where each coin would go.  I thought that was cool, because the rest went into the little clear plastic tubes.

As a kid, I knew what to do with those pennies, nickels, dimes, quarters and half-dollars.

Part of me knew there were better reasons for my dad to save those ‘extra’ coins than just for my belly.  But I also knew they were legal tender and spent just as easily as any others.  I knew a dime was worth ten cents, after all.  I mean, how much brain power did that take?

More than I had. 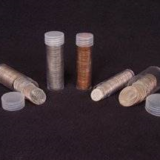 Dad was saving them up because he’d researched and found which ones were appreciating in value.  Each one by itself might not have been any big deal.  But having entire collections in those blue booklets?  And having five, ten, and twenty dollars’ worth in those little plastic tubes?  The silver content alone in many of them was worth far more than the ten or twenty-five cents’ value I got when I dropped them in the hands of a very accommodating store guy.

See, he knew what he was getting.  I never had a clue.

The dad I dismissed as simple and uneducated, showing him less respect than neighbor men I barely knew, never let on he knew I’d been systematically spending his coin collection.  He just quietly went on working hard, buying me things I HAD to have for this or that, faithfully providing for Mom and I.  He let me go on that way until I grew enough to realize, no matter how much or little those coins were worth, they weren’t mine to spend.

Of course they weren’t.

They were part of my inheritance. 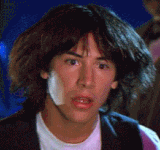 I never faced up to that with my dad; I was too ashamed at the time.  And later, when I began to take notice of how valuable some coins could be, I’d gotten busy with my own life and family.  There’d be time enough to make things right.

Only there wasn’t.  As I grew older, so did he.  With each passing year, I began to notice all the quiet strength, the powerful character, the uncompromising friendships that were so much a part of Dad.

I began sending him handmade, handwritten cards that took time and effort to make and mail.

“You did that as an adult?”

Yep.  I wrote to him all the things I should’ve been saying to him.  I honored him.  I gave Dad the most priceless thing any son or daughter can offer their father:  r-e-s-p-e-c-t.  I know now I should have begun that quest much sooner, but I was too busy running my mouth.  In my imagined superiority, I didn’t realize until much later that I rarely knew the immense pressures under which my father bore up almost daily.

At his passing, I kept reading tributes from those who’d known him, tributes that made me wonder if I’d ever really known my father at all.  I’ll not bore you with particulars.  I’ll just say the amazing, imposing man who slowly emerged from within the slight, five-foot-ten, one-hundred-eighty pound chrysalis I so took for granted was nothing like the dad I thought I had all figured out.

Dad was a math whiz, an avid reader, was a dead shot with a rifle and a National Guard BAR rifleman, understood philosophy, loved God with all his heart, and could outwork any two grown men matched against him.  And – AND he was bright enough to let me figure out on my own just how foolish I’d been to spend dimes and quarters on candy, in the process making a store manager comfortably able to retire much sooner than he anticipated.

That manager had to know after the first few coins went dingle-dingle-jingle on his counter, five and ten at a time, he was getting somebody’s collection.

He was.  It was ultimately mine.

Hunh.  And all this time I thought it was HIM who didn’t get it.