I don’t remember that first shower of married life, that cloudy Portland morning of May 18, 1974. 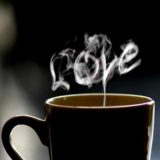 Irish Spring?  Probably.  I’d bunked with Dad and Mom, and that was Dad’s go-to soap for as long as I can recall.  I think he got some kind of reward for having bought so many bars of it.  In the Air Force, with TDYs a fact of life, I’d learned to scan the soap dishes in the showers before opening a precious new bar of my own.  I was pretty utilitarian about it, using what was there first – if usable.  At Dad’s house, the shower soap was Irish Spring.

“So, forty-four years of showers, huh?”

Mm-hmph.  Somewhere in the neighborhood of 16,060 of them – one for every day or so of our journey together.

“Y’know, I heard writers are weird, but—thinking of showers on your anniversary?”

Oh, that Friday was memorable for the usual reasons.  I’d soon be marrying my oldest best friend.  We were about to become a couple.  A thing.  What the Bible calls ‘one’.  We’d known each other since toddlerhood, and our two families knew each other personally and professionally.

Other things were happening that day. 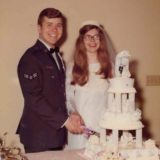 None of that registered.  It was our wedding day.  The ‘wedding party’ had decided at the last minute to take in the Portland Zoo that morning, and it blessed Mom’s socks off because she got left with all the last-minute prep that always is a part of all weddings everywhere.  Normally taciturn, she was griddle-hot when we all finally showed up.

Not an auspicious start for her new son-in-law.  The shower before the wedding was short.

We meant no offense by it.  Our minds were already on the road, headed toward the new home we were starting together.  I was on leave from my duty station in Great Falls, Montana, and needed to be back for duty on the following Tuesday morning.  Shortly after reciting our vows and a swift change of clothes, we only flipped a U-turn when we realized Dad still had our marriage license.  Otherwise, we were on the road first thing Saturday morning, stopping at my parents’ home in Coeur d’Alene, Idaho, for what still takes the place of a honeymoon.

Technically the second, but at my parents’ house.  Yes.  As an Airman First Class, I wasn’t awash with money.  Mother said, “Well, just stay here overnight.  You can use my bedroom, and I’ll have coffee and breakfast ready for you in the morning.” 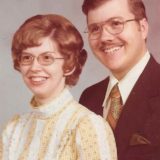 She had me at coffee.  Well, and breakfast.  It was another three hundred twenty-nine miles to Malmstrom AFB in Great Falls, and slightly over six hours’ driving time.

Forty-four years later, there’s little my bride and I haven’t seen, and with God’s help, weathered and survived.  We’re both worn around the edges, fuzzed by the stuff of which life is made.  The sharp contrasts of romance and excitement, of getting used to another human in each others’ space have gradually been worn and polished in the lapidary of experience and God’s grace.

Don’t mistake that for softness.  Life’s diverted us through some whitewater rapids.  We’ve rafted them together through Grace and the grit with which both sets of parents raised us.  Just because we look calm and are saying little, we both are titanium inside.  To this day, if anyone asks me to define ‘tough’, I just step back, gesture toward Babycakes, and gently smile.

How shall we celebrate this 44th anniversary? 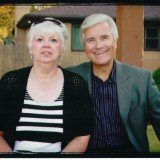 Shower for me, hot, soaking bath for her.  Yeah.  Dove . . .  Later this week, we’ll decide which of the great eateries of Wichita deserve two such veterans of Life As It’s Really Lived.  We’ve learned that it’s not the day that’s important.

Every day is important.

Now, if you’ll excuse me, I need to go continue something I’ve been doing for many years:  taking my bride a cup of fresh, hot coffee to help her awaken and start this new day.

Brenda, love?  Thank you.  Without your influence and presence in my life, I’d not be near the man I now am.

Posted under Inspirational,Tell-A-Story-Make-A-Point,Wisdom and tagged with anniversary, marriage, wedding
Comments (0)