“Your regular?”  Rizzo’s voice always seemed to smile.  She topped off his coffee as she waited to take his order.  Granger hesitated, then told her what he wanted to eat. “Seriously?  You want—”  Nodding, he repeated his order.  Shaking her head, she repeated it back: “Six eggs, basted over hard, shredded cheddar on them after cooked.  Wheat toast with jay-lih.”  She grinned as she jotted on her order pad; she’d been trying for a year or more to learn the Southern way to pronounce ‘jelly’.

“Sure you don’t want some home fries and hollandaise with that?”  He absentmindedly shook his head, attention already refocused on Middle Space.  He seemed to be observing the others in Jimmie’s Diner more in his mind than with his eyes.

He was musing like that, the usual writing pad laying on the table before him, when Sparks came in the door.  Standing two inches over six feet, the seasoned deputy sheriff paused just inside the door, thumbs hooked casually over his duty belt, and habitually scanned the room before walking on in.  Granger, amused, caught the reactions of several other early-morning diners, even while his mind was fussing around the edges of the ideas he’d been sorting through.

“You saw it, too, huh?”  He removed his service cap and laid it on the booth seat next to him.  Granger’s eyes refocused as he grinned.  “Guilty consciences or knee-jerk reactions, I guess.  I’ve already ordered, so go ahead.” 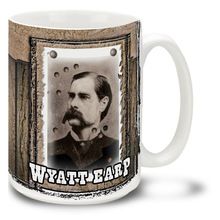 Sparks sat gratefully sipping the hot coffee Rizzo’d poured.  They exchanged greetings and she showed him the latest pictures of her impossibly-cute 1-year-old.  Making the usual remarks about the little girl’s beauty, the deputy glanced over at his friend and mentor as Rizzo hustled off to take care of other patrons.

Granger had that spacey look in his eyes again.

Granger took his question to be rhetorical, but answered anyway.  “There’s always something fresh or different because life keeps happening.  Do you ever run out of calls?”  Sparks bobbed his head off to the left, silently acknowledging the truth.

“How’d you get started at this?  You write, and speak, and it seems that, even on Facebook, you use it to chide or counsel or encourage others.  And you sit and listen to people by the hour!  What triggered that?”  He watched as Granger went absolutely still as he thought about how to respond, not even acknowledging with his usual gratitude as Rizzo refilled his coffee cup.

Used to sizing up strangers, the cop in him watched Granger’s eyes, the play of emotion and memories as they flickered across his face.  Wow, he’s taking this seriously.  He’s got a great sense of humor and loves to laugh and have fun.  But this is like watching a computer do a search.

“I think I’ve always wanted to matter, to be relevant in others’ lives.  I don’t believe I did that very well prior to my health issues.  Like everyone else, I was pretty focused on my own life, interests, family, etc.  When God got me through that first few years, I was literally a different man.”

“Say more.”  Startled, Granger raised his eyebrows at Sparks.  “You been listenin’ to me?”  Just as quickly, he zeroed back in on his thoughts as he sipped the good coffee Jimmie’s was known for.

“It isn’t that I didn’t care before.  I did.  If anything, I care too much, taking others’ burdens on as my own.  So it wasn’t a lack of compassion or sympathy.  But coming so close to dying a few times was like God grabbing me by the ears, staring in my eyes and saying, “Do I have your attention?”

Chuckling as he tried to slurp a mouthful of coffee, Sparks choked.  He snickered wryly at himself, reaching for a napkin.  “I take it He did?”

Noticing Sparks picking up his cap, ear cocked down toward his epaulet-mounted radio, Granger nodded.  “It’s good; I got breakfast.”

“A-ight, thanks.  But, listen, I’d like you to finish your thoughts, ’cause I wanna know more.”  With that, he was gone out the door.  As Granger watched his friend’s back disappear, he breathed a quick prayer for his safety and God’s intervention in whatever the call was about.  At the same time, he noticed an old man who’d just come in the door and was standing uncertainly, looking for a place to sit.

Though stoop-shouldered, the old man stared from clear blue eyes from under a ball cap identifying him as a World War II veteran.  He wore an old medium-tan jacket, and a dark-blue ranch handkerchief peeked from one pocket.

Granger went over to him, identified himself as another veteran, and asked for the favor of buying a brother some breakfast.  As they sat down, Granger heard Spark’s powerful cruiser surge out of the Jimmie’s parking lot, tires squealing and siren warning everyone away.

“Thank you for this privilege, my friend and brother.  Let me introduce you to Rizzo . . .”