Just read from an unknown writer: “I might have been worthless to you, but I am of great worth to myself.  Honestly, I don’t need someone who only sees the good in me. I need someone who’s seen the bad and still wants me.” Link this with, “Be kind to everyone you meet; all of them are fighting private battles about which you know nothing.”

Think before you push someone away.  Rejection is survivable, but the effects last longer than you know.

Rejection derives from within oneself, regardless of the rationale: in other words, we choose to reject another. It’s intentional and not a mistake.  Sometimes pushing someone away is an immediate visceral reaction to something they did or said.  Then, too, a herd mentality can reject another based on hearsay or gossip.  Rejecting another can also be a calculated and purposeful response.  Either way, subtle or “out there”, the person is still under the bus.

The guys hanging with Jesus all had different reasons for rejecting Him during that last week–but reject Him they did.  They each had to deal with the aftermath of that decision in their own way.  I don’t think it was instant, nor do I think it was easy.  I believe it’s why Jesus told them not to leave town until His Spirit joined them.  It took those who survived awhile to work through their feelings, realize Jesus was who He said He was, and get back with the others in waiting on Him. Few of us escape not being picked for this or that in life.  It hurts to be overlooked and not included.  Most often, we shake it off and try again.  No biggie.  But when being rejected happens again and again, it lacerates the soul.

Rejection creates a  breach of trust that, over time, kills whatever relationship was there.  It’s a form of disrespect, and the more one allows that disrespect to continue, the more shattered and deadened a rejected person’s heart becomes.  Even the most loyal and considerate soul will wear down and eventually stop caring.

Godly love can and will survive rejection if both want it.  Isaiah 53:3-6 says God, through Jesus, knows all about rejection.  He understands, has been there, and He will help a rejected soul to get back up and overcome, realigning and making their life count again.  Sitting and pouting is as effective as walking into Walmart with a list of three things.

It’s the close, vital, intimate part that is done in by repeated and consistent rejection.  Remorse, grief and genuine sorrow may follow later; and those involved may remain together and, as much as possible, restore relationship(s) thus damaged. Yet the trust that’s been slowly poisoned over time is gone.  Though sought, it will never be the same.

Not being chosen for a pick-up basketball game isn’t that big a deal.  But in a human relationship?  “I don’t want you, either” carries a sting that doesn’t go away. 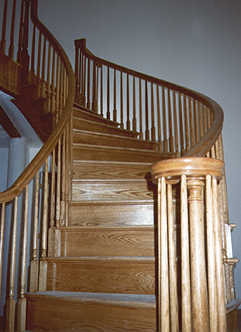 Regardless of how desperately one tries to make it all better, there remains in the soul of the rejected the scar tissue of repeated wounds. Like trying to step quietly up an old creaking wooden staircase, a person who’s been treated thus finds it hard to put their full weight on the relationship.  There is always the silent, watchful dread lurking that it will happen again without him or her knowing it.

Think before you push someone away.  Rejection is survivable, but the effects last longer than you know.