They’re those steady, dependable people you wish you had a lot more of.  Give them a job, a responsibility and let them go.  Yeah.  Like those honking big missiles  fighter pilots have to disrupt incoming hordes of aircraft.  Let them lock on, drop ’em off the wing, and go on about your sightseeing tour.  The target is toast.

Fire & Forget folks are a lot like that.  They don’t have radar or infrared tracking but they do have real good minds that pick up on a lot more than they reveal.  You can go on with your ‘to-do’ list because whatever you gave them to do gets done, and to the best of their means and ability.

Quietly efficient they are, only late if forced to be.  Micromanaging one will get you less work, greater discomfort and mounting irritation, for F & Fs are famous for micromanaging themselves, given the chance.

You won’t usually find Fire & Forgets being raucous and the life of the party.  They’re often introverted, more at home sitting off to the side, chatting with one or two friends.

This affable, quiet exterior is sometimes mistaken for dullness and lack of motivation at your peril.  They say little, yet notice it all.  Fire & Forgets become targets for “I-Love-A-Party” personality types who crave and thrive on attention.  They also tend to be overloaded with responsibilities the former were given but didn’t, couldn’t or wouldn’t pull off. 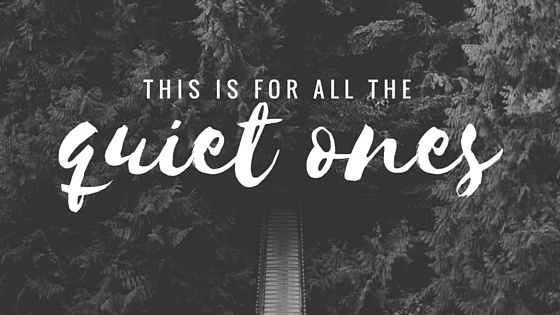 These amazing individuals have their own unique gifts and usually startling and unforgettable stories.  But few know them because Fire & Forgets are most always generalists, having been often tapped to do lesser things, forced to step in at the last minute for this or that.  It’s why they often as not fail to deliver as perfectly as critics might expect.

It takes a lot to discourage a Fire & Forget.  They tend to have a keen sense of duty and will often follow through with a task to their own detriment just to see it finished well.  And when they perceive their performance lacking, they’re harder on themselves than any other will be.

They do, however, have their limits.

When saturated with all the things others expect of them, they rarely raise their voices or create a fuss.  They finish the current task before them, gently disengage and you’ll rarely see them again.

You’ve heard it:  “It takes all kinds.”  Leaving the joke aside, it does take all kinds — and that includes these interesting, deep-channeled Fire & Forgets.

Want to make one a lifelong friend?  Tell them it’s okay to say, “No”.  Help them learn how.  They’re not used to it.