WHAT DOES THIS DAY MEAN, GRAMPS?

President Ronald Reagan delivered a Memorial Day address at Arlington National Cemetery on May 26, 1986 — almost 30 years ago to the day.  I’ve stood erect and silent in Arlington as a caisson trundles past, the only other sound the muffled thumping of horses’ hooves, the slow, measured cadence of a drum and the solemn, rigid strike of the military escort bootheels.  I’ve felt the frisson of pride and pain every veteran feels as the mournful, solitary notes of Taps rise in the afternoon sun’s waning rays.

Here are some thoughts from President Reagan in response to a grandson’s question.

“Today is the day we put aside to remember fallen heroes and to pray that no heroes will ever have to die for us again. It’s a day of thanks for the valor of others, a day to remember the splendor of America and those of her children who rest in this cemetery and others. It’s a day to be with the family and remember. . .

“Arlington, this place of so many memories, is a fitting place for some remembering. So many wonderful men and women rest here, men and women who led colorful, vivid, and passionate lives. There are the greats of the military: Bull Halsey and the Admirals Leahy, father and son; Black Jack Pershing; and the GI’s general, Omar Bradley. Great men all, military men. But there are others here known for other things.

“Here in Arlington rests a sharecropper’s son who became a hero to a lonely people. Joe Louis came from nowhere, but he knew how to fight. And he galvanized a nation in the days after Pearl Harbor when he put on the uniform of his country and said, ‘I know we’ll win because we’re on God’s side.’ . . .

“Oliver Wendell Holmes is here, the great jurist and fighter for the right. . . Young Holmes served in the Civil War. He might have been thinking of the crosses and stars of Arlington when he wrote: ‘At the grave of a hero we end, not with sorrow at the inevitable loss, but with the contagion of his courage; and with a kind of desperate joy we go back to the fight.’

“All of these men were different, but they shared this in common: They loved America very much. There was nothing they wouldn’t do for her. . . It’s hard not to think of the young in a place like this, for it’s the young who do the fighting and dying when a peace fails and a war begins. 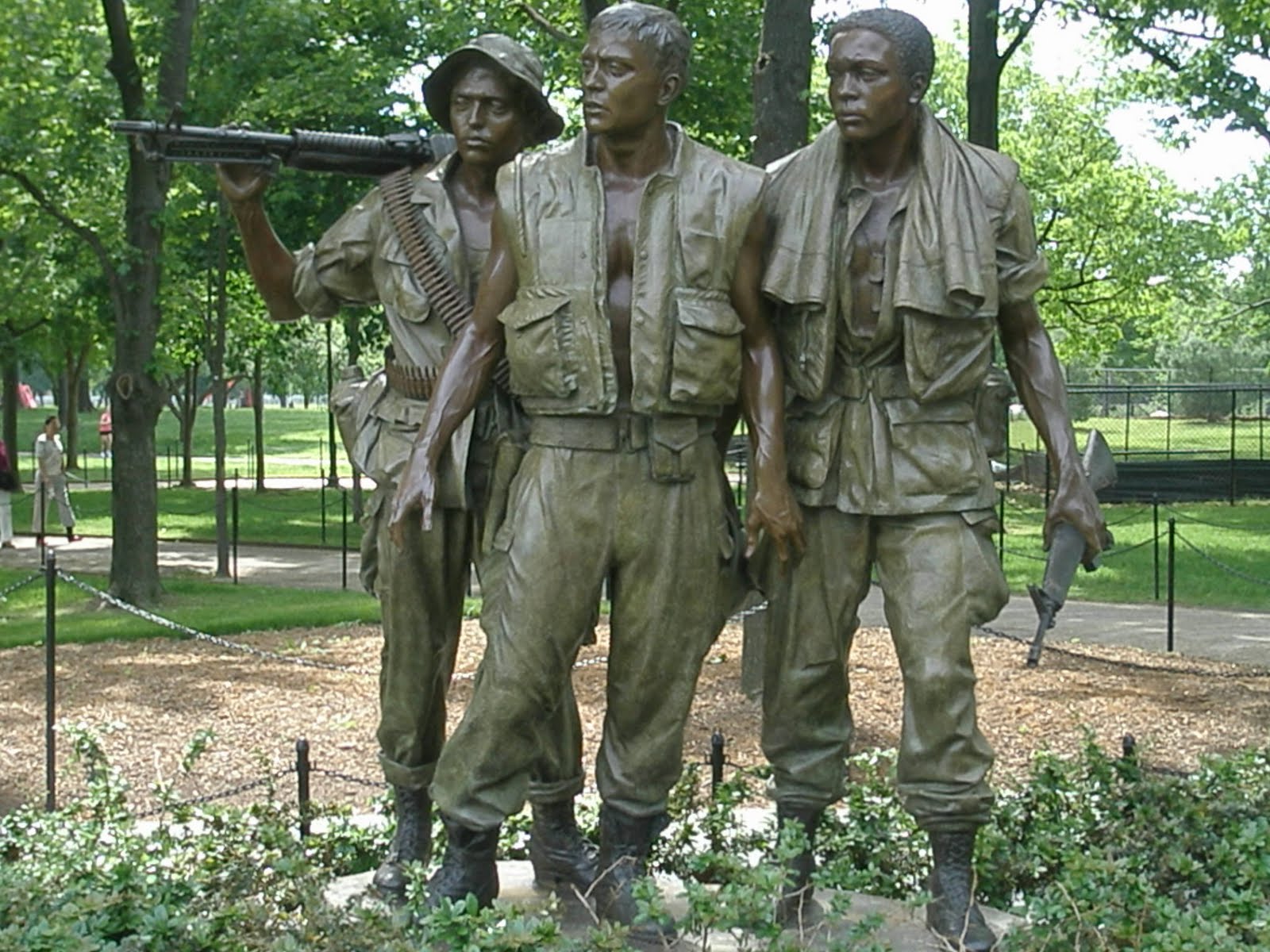 “Not far from here is the statue of the three servicemen — the three fighting boys of Vietnam. It, too, has majesty and more. Perhaps you’ve seen it — three rough boys walking together, looking ahead with a steady gaze. There’s something wounded about them, a kind of resigned toughness. But there’s an unexpected tenderness, too. At first you don’t really notice, but then you see it. The three are touching each other, as if they’re supporting each other, helping each other on. . .

“And they were special in another way: They chose to be faithful. They chose to reject the fashionable skepticism of their time. They chose to believe and answer the call of duty. They had the wild, wild courage of youth. They seized certainty from the heart of an ambivalent age; they stood for something. . . “We must always remember that peace is a fragile thing that needs constant vigilance. We owe them a promise to look at the world with a steady gaze and, perhaps, a resigned toughness, knowing that we have adversaries in the world and challenges and the only way to meet them and maintain the peace is by staying strong.

I wish you all a safe, memorable, thoughtful Memorial Day weekend.