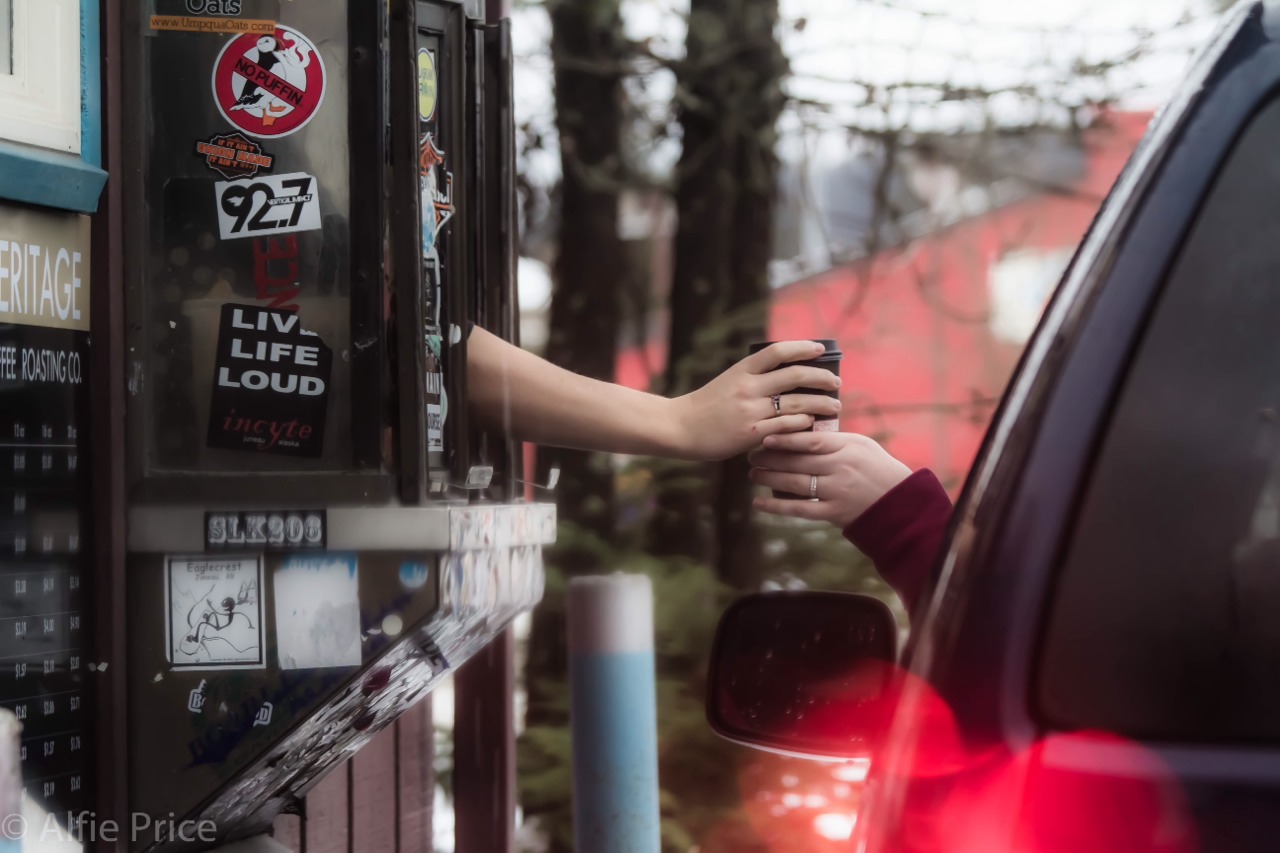 The correct response to uncertainty is not mere slowing down, being a little less wrong or not overspending quite as much as last month.  “That’s just wrong.”  Okay, well, let’s hurry and get it over with, then.

Seriously?  How about stopping?  Not doing it at all?  They make these with Reverse, y’know . . .

I believe America stands at a crossroads deciding whether to continue rolling faster and faster down into the swampy, rotting stench of every other nation and culture that has actively chosen to extract and bar God and His Word from every part of our national conscience; or whether to exercise the will to turn and begin the gritty and noble climb back toward the America God set for us to develop and live in.

I believe the choice in favor of the former is being liberally spread across every possible medium as a general, comprehensive and overwhelming movement at which only the unwashed, uneducated, primitive knuckledragging Extreme Right would balk. 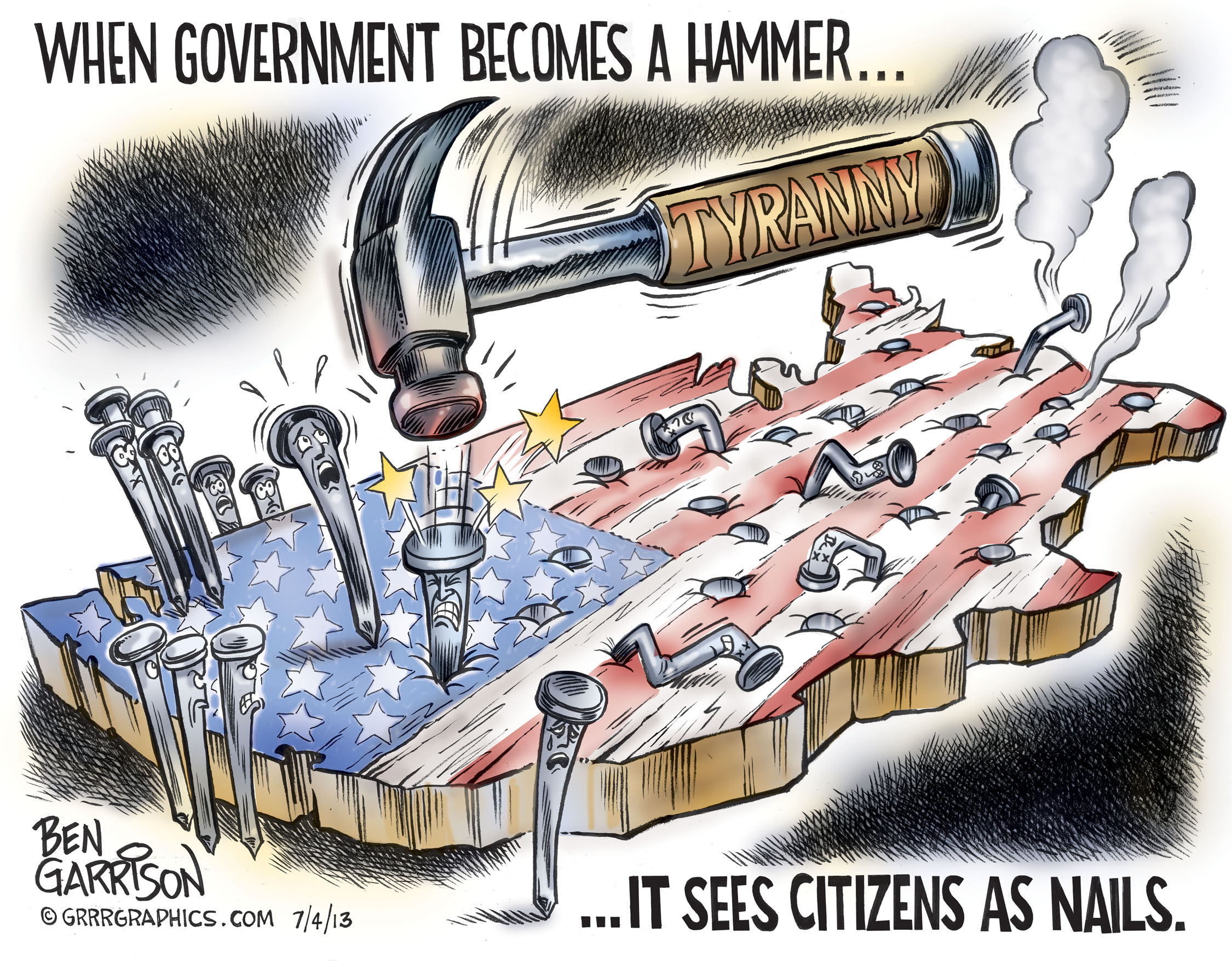 It is not. We – none of us – make lasting choices on any basis other than our private, individual decisions.  It’s human nature to run along with a boisterous crowd for awhile because we like to ‘fit in’, to be seen as sophisticated and savvy.  However, during the quiet, saner moments alone at day’s end when the party’s over, glasses and pockets are all empty and one’s dearest confidant is the ceramic convenience and the mirror, we tend to reel the fun and games and frivolity back in and remind ourselves:  we were created for something better.

I believe no man nor woman is totally liberally-left-oriented all the time. Any who are thus one-sided in all aspects have been indoctrinated into that mindset.  Soren Kierkegaard once pointed out that there is a God-shaped blank within each of us, and nothing nor no one else can ever fill it.  Why else have even hardened Socialists from former Eastern Bloc countries, having settled among us free Americans, begun to reevaluate their deepest-held political and philosophical beliefs?  It’s one thing to spout what’s on the syllabus.  It’s entirely ‘other’ to take a look at how those theories work in real life.

I believe there is created within every human being into whom God breathes Life the desire to inhale freedom’s sweet perfume. Yet I believe that freedom comes with a price tag that lazy, pampered generations of American young have scant will to work for and pay.  I further believe there are individuals within those generations who’ve been raised by parents or parental figures who remember the America that stood tall among Earth’s nations, certainly with its challenges, yet providing a shining, brightly-lit beacon that beckoned all who wish to be free and American to make this their home.

I believe there is a level place on America’s 50-yard-line where men and women of honest conservative values can sit down with those of honest liberal values and discuss how to set our nation back on its rails minus the venom, aggressive hatred and unprincipled divisiveness that too many of our national ‘leaders’ have espoused and encouraged. They knew a divided people are weakened; so they loudly proclaimed us all Hyphenated americans and actively sought every legitimate, illegitimate, legal and extralegal means to push that agenda as quickly as possible before the American soul woke up.

They began actively dividing us.  And we let them.  They began pounding unforgiving iron wedges between us, ripping us apart from one another in every conceivable way.  They then sent advisors among us in all sorts of disguises, trying to convince each huddled, disillusioned little group that it was next to be obliterated.  “Let us help you.”  “Let us represent you.”  By now you know better, right?  They were representing themselves and their own agenda.

They began actively dividing us. And we let them. I believe it is time to individually step up and reclaim our national voice, conscience, and responsibility as the Constitutional Republic we were always designed to be. An honest reading of that document always has offered inherent freedoms to all citizens of this nation.  Where we derailed is by allowing the biggest mouths to cause us big-hearted, well-meaning Americans to think things like, “Well, maybe if we grant that special privilege . . .”

The problem is that it never stopped.  Far from being satisfied with Constitutionally-mandated general freedoms, every this-or-that group feeling marginalized or not being appreciated enough began raucously, repeatedly yelling for more legislative enforcement to push their agenda on the rest of us while demanding WE be tolerant of whatever or whomever they wanted to be.  They kept pushing until they found judges willing to overstep their boundaries and legislate from the bench.

They found political animals of every stripe and governmental level willing to bend or outright break laws to create ever more outrageous ‘policies’ none of the rest of us either agreed with nor would have allowed.  Their desired result:  a hard nationally-forced swerve to not merely allow but to coerce the ultimate in weird, goofy, sinister, even unsafe one-way rules and regulations the larger American community never wanted.  The constant drain of funds and resources funneled into their pet projects and utopian fantasies, and a famine of common sense have combined with ever more onerous regulations designed to impede free enterprise and personal initiative.

That means it’s time to repudiate the harsh, loud defiance of corrupt, amoral, arrogant persons from every political corner and at local, state and national levels who have misused, abused and usurped the power we allowed them to have. It is time to call them all to account for having done their best to unravel our country and our way of life primarily to load their own debit cards while denying the rest of us a decent return for our steady, hard work.

I believe it’s time to yank their collective hands out of our pockets and their opinions and agendas out of our business and daily lives.  Tolerance as defined and included in our Constitution has been disgustingly misshapen and overused.  And it does in fact go two ways.

Therefore, I believe the choice between rotting national decay and new vision and purpose lies within every individual’s heart, mind and spirit. WE will not make the difference.

Real Americans of every age will, just as we did at the start. I pray we’re each up to the task of accepting the responsibility to live, believe, create, work, love, be mutually accountable, respect and protect one another and take a firm stand against all enemies, foreign and domestic – and exemplify God’s original design for the United States of America.  There is room for us all, with the rich, enriching tapestry of differing philosophies, to come together again as one America. 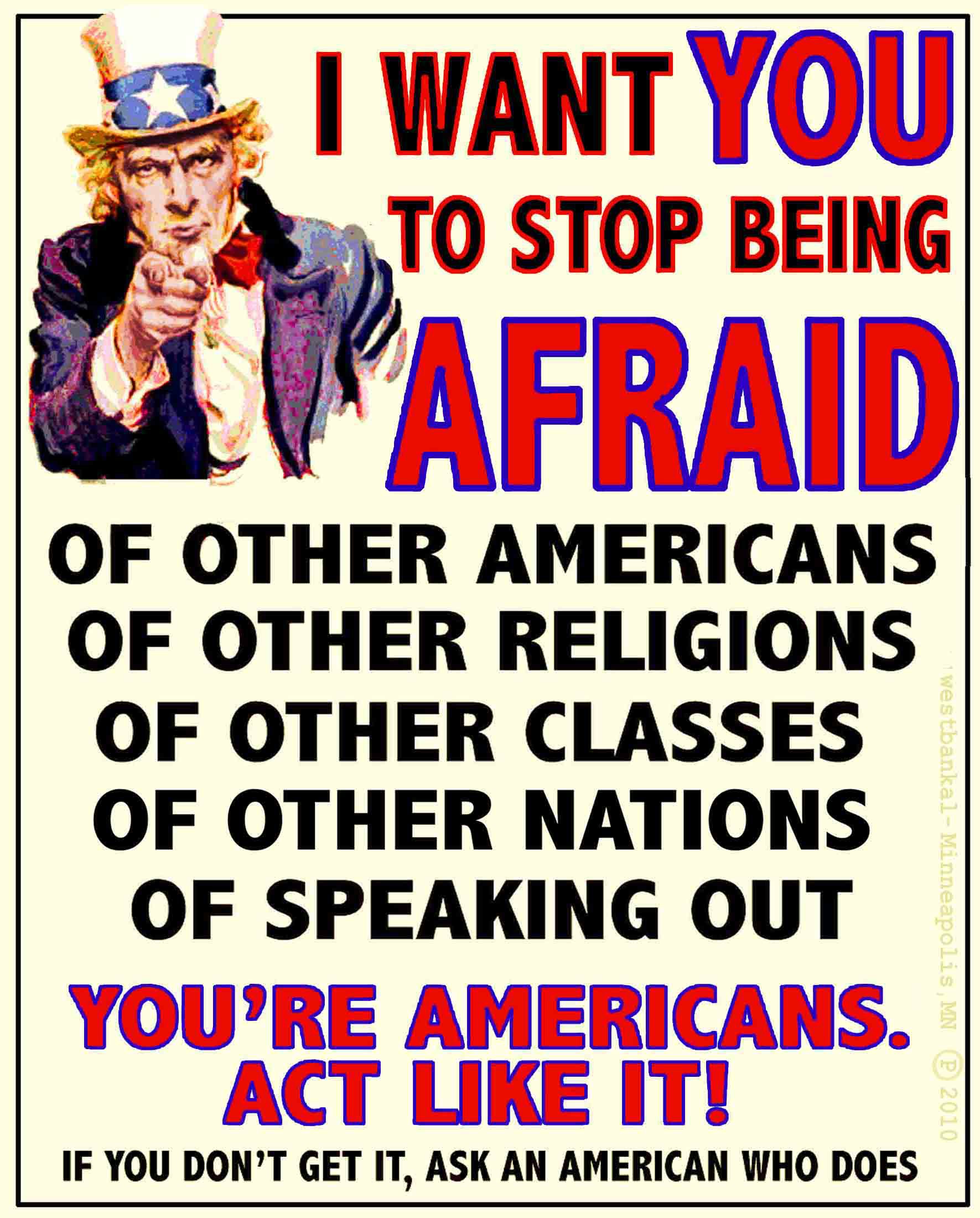 That is the one thing they most fear:  a united America.  It’s why we must make it happen.

I believe a jaded, war-weary world is ready to see a resurgent United States of America clean house of those who grew up here – or came here – to destroy from within; and once again reestablish itself as the place folks all around the planet love to visit and wouldn’t mind calling their home.