We’re not a bunch of hermits living in solitary caves with nothing to do but contemplate deep stuff.  Even pastors and theologians are right now being smutched between breakfast and gassing up the car on the way to drop off a son to school or grandchild to daycare prior to a meeting for—

Right?  We barely have time to coffee right.  There’s something wrong with that, right there. So here we are, halfway through Holy Week, wondering where Tuesday went.  This is the time of Tenebrae, a Latin word for ‘shadows’. . .  Somewhere between tonight and Good Friday, many churches will shoehorn in between all the other ‘busys’ of this week a Tenebrae service.   It recreates the sorrow and deep emotion surrounding the iron taste of blood, the stench of open septic wounds and the ultimate shock and stun of Jesus’s ugly death. . .

Candles lit. . .  usually as many as there are Scripture readings.  As one finishes reading, a candle is snuffed out.  This continues until just the Christ candle remains.  Then someone reads Psalm 22, which Christ quoted while hanging on display–and then the Christ candle is blown out, leaving everyone in darkness with only shadows wavering slowly.  No benediction.  People quietly leave when they’ve had enough of a reminder just how different a place this would be were it not for God’s grace.

Point of this, this shadows commercial?  I mean, I’m as into symbolism as the next guy, but I gotta be somewhere, and—

I know.  Don’t we all?  When aren’t we in the habit of cramming our days with stuff to be doing?  Seems to me that’s the point.  We’re all validating our importance by doing lots of stuff while being reminded that Jesus suffered The Passion to enable you and I to be being stuff.  Even smack in the middle of churchy things, who are we wanting to impress more–those around us because we got picked for this or that; or the now-Living One looking on all this busyness?

Sometimes the middle of life doesn’t give you a happy ending.  You get drama, tears, torn hearts, destroyed dreams, no-do-over damage, hurtful days and hopeless nights.  The riotous joy of Resurrection morning, the stunned held breath and disbelief of  Mary when Jesus said her name? 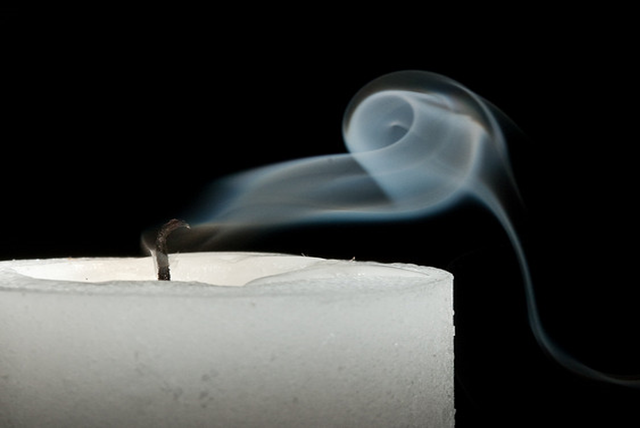 They mean so much more if your candle’s been blown out a few times first.  Don’t they?  And it’s sure happened to you.  Hasn’t it?

I had a restless spirit yesterday.  When that happens, I find doing something with my hands, usually outdoors, is helpful while God counsels me in sorting it out.  I noted the luxurious weed overtake in the back, so took the trimmer out for its first Spring mission.  All but one of my roses are showing the deep red of new growth, yet weeds were so prevalent that new growth couldn’t be seen. What I’d planted was being robbed of needed water, nutrients and sunlight because of overachieving weeds.  The weeds are now cut off, and the dead rosebush will be replaced with a vigorous new one.

The weeds didn’t look like weeds; they were  pleasant to look at.  But they are weeds that eventually choke the life out of anything planted among them.  They don’t mean to.  It’s their nature:  they’re weeds.  Dag Hammarskjold wrote, “You cannot play with the animal in you without becoming wholly animal, play with falsehood without forfeiting your right to truth, play with cruelty without losing your sensitivity of mind.  He who wants to keep his garden tidy does not reserve a plot for weeds.”

Flowers and people grow in bright sunshine.  Weeds seem to thrive in shadows, but people not so much.  The longer the shadows keep our soul in darkness, the more accustomed we get to the gloom so that when life-giving, health-producing light shines, we see it as an imposition.  Hey!  Too bright!  Turn it off!

That’s the way most of us saw Jesus.  Naw, man–we don’t much like life the way it is, but this is OUR life the way it is.  We’re used to it.  We don’t need some dude coming all high and mighty up in here and throwing us a change-up.  We want it the way it was.

That’s what He was about:  putting things back the way they were when He helped create it – and us.  It’s just that we’d lived this way so long the weeds had started looking like flowers and didn’t take much care.  Likewise, we’d gotten used to our candles being blown out.  The gloom and shadows without Jesus became familiar enough so that cheap counterfeits that thrive in shadows looked holy or churchy  so we shrugged and said, “That’ll do.”

Tenebrae during Holy Week is to remind us that it won’t.