I choose to give up nothing for Lent for the same reason I choose not to go on a diet. 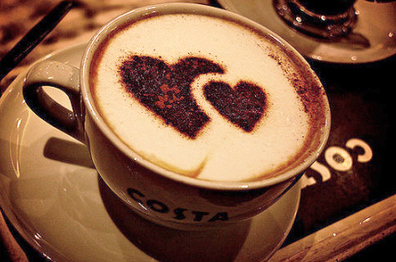 The underlying rationale for going on a diet is that the whole project is temporary.  As in, “I intend to lose ___ pounds.  And, whoa buddy, when I do, I’m going to celebrate with a 16-ounce prime rib!  Loaded baked potato!  Horseradish and sour cream!  Br-r-e-e-e-a-a-a-d pudding with that white goo all OVER it!”

“My diet!  Dude, I lost twenty-three pounds in only 4 months!  I’d say that’s reason enough to celebrate, don’t you?”

“Are you daft, punk?  I didn’t want to have to invest in a new wardrobe!  My clothes had all shrunk and I needed to get the pounds and inches off.  Hel-LUH-oh!”

I see.  So you never intended to keep those extra pounds off by changing your daily eating and exercise habits.  You just want what amounts to a temporary fix which, after a few weeks of celebration, will have disappeared.

Interesting that he’d use ‘invest’.  That’s the exact word I have in mind.  Purple or violet symbolizes repentance and penance; it also reminds us of the mocking, sneering Roman enlisted guys putting a robe of royal purple on Jesus just prior to crucifying him to death.  Lent, then, seems to carry an air of permanence with it, not a temporary holding of one’s ecclesiastical breath.

Using the mentality that we of Christian faith ‘give up’ something normally a part of our daily experience during Lent, on the 41st day – the Monday following Easter – all bets are off and we can all breathe easier.  Life can be back to normal again.

If, on the other hand, I look at however I choose to observe Lent as an investment of time, effort, thought and energy it becomes a permanent improvement.  Think about it.

The thing you decided to forego or remove from your life for the next 40 days is something you’re able to do without.  Right?  If you can do so for 40 days, why not three months?  A year?

I’m not playing word games.  I’m messing with your mind.

Saying, “I’m giving up _____ for Lent” even makes your face droop and your voice drip with a heavy sigh.  In other words, Lent is a real drag and you can’t wait to get this over with.  Even the ceremonial ash wears off quickly.

Saying, “I’m investing in Lent this year by _____________________,” you’re signaling to anyone listening that you’re positively intentional and even a little defiantly enthusiastic about using the Lenten season as a catalyst to continue improving yourself.

Which of the two ways of thinking most honors the One in whose name Lent is celebrated?

So.  For this second day of Lent 2016, I will focus on being diligent in investing my best efforts to observe this season and every day thereafter in a privately specific way that increases my productivity and use of time.  That beats the whole “giving up” attitude all hollow!

Posted under Encouragement,Inspirational,Wisdom and tagged with Christ, Christian, giving up, investing, Lent
Comments (0)