My mind took a side trail that climbed above the one I thought I was on. 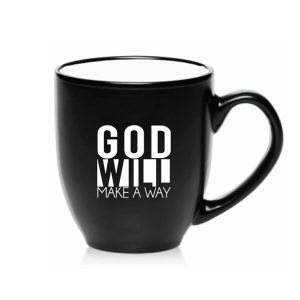 Yeah, I was absorbing the pastor’s thoughts about the whole meaning of the Advent season.  4th row, left side.  Just like most Sundays.  Involved.  Listening.  There.

It’s just that my mind figured since my spirit and body had assumed the position and were engaged, it was okay to flicker out and nail an overthought or two, like a frog nabbing an unsuspecting bug.

As I sat paying attention to Pastor’s words, my mind rose above the specifics of his comments about this great, joyous news about Jesus arriving here when He did.

The lyric from an old song began drifting through my mind:  “No one ever cared for me like Jesus. . .”

“What is it about you gray hairs, always bringing up old stuff?”

In Hutchinson, Kansas is the Kansas Cosmosphere and Space Center.  Google it.  The last time we were there, I remember standing and staring at the Apollo 13 space capsule, trying to wrap my mind around what I was seeing.  It wasn’t a Hollywood-style mock-up made to look like the real thing.

It was the real thing.  Burned, scarred, discolored.  Putting 238,900 miles one way on the odometer will do that to you.  I recalled in April of ’70 sitting super-glued to every news broadcast about that mission as NASA was wracking its finest minds to bring Odyssey and its three astronauts, Lovell, Swigert and Haise, back.  Remember?  “Failure is not an option”? I stood there decades later, in the middle of Kansas, looking in through the hatch and thinking, “Those guys went to the MOON and back in THAT?”  What courage it must’ve taken just to crawl through and strap in, without knowing for sure what their future held!

See, I get your question.  At the time every circuit and switch in Odyssey was state-of-the-art avionics.  Every astronaut uses the newest, best technology available; that’s what the Apollo 13 crew had to work with.

It’s now the stuff of museums.  So, yeah, I understand when you call me a gray-hair and question my mind always resetting to what seems to you like something from a museum.  Or the upper shelf at Spangles.

Some things are Timeless and priceless.

As the pastor was speaking to Jesus coming into our world at a time everyone felt abandoned, put off by stultifying, rigid religion, and suffering from soul-ache of hearts at once lonesome, broken, and wondering:  “Is there anybody out there who truly cares for me?”

Fresh from WorshipTourUniversal, a huge, glistening orator/soloist angel in a sparkling robe appeared in the same sky Odyssey would one day come through.  Backed up by an immense choir, with a light show all around that made TSO look like a middle school play, this immense and dazzling Spokesman pointed to a humble little hostel in Bethlehem and said, “HE does.

I know you have questions, too, that bubble deep from within who you are and where you’ve been.  You may never say it so another human ear can hear it, but the questions are there.  As you generate the courage to ask them, launching them in the silent, mighty thrust of your thoughts out into that Place where angels do sectionals, you need to know this.

No matter how personal, how intimate your questions are, Jesus who is the Christ of Christmas always hears, always understands both what you’re able to articulate and what your heart feels but your mind can’t always express.  And He has the answers, even if for now what He says to you is, “Wait.  Practice passionate patience, my child.  I’ve got this.”

Don’t waste this Advent season.  Look behind, beyond, above all the rituals and symbolism and various forms of worship.  Take a close look at the One for whom all this is being done.

It’s not the glitter or candles or colors.  It’s a personal relationship with One who loves you beyond any human understanding.  The One who, when you send out your distress call, “Heaven, I have a problem”, can  do something about it.

The best human relationships get wrapped around the axle of perceptions and expectations.  Choices get made, even with good intentions, that sometimes create disastrous results.  Consequences don’t come with do-overs.  People get wounded, scarred, broken and permanently damaged.  Even though forgiveness is an uncompromising ‘given’ for anyone serious about walking with God, yes–it happens with committed Christians just as it does with committed non-Christians.  That’s what had been happening for 400 years before WorshipTourUniversal first took the stage.

Some well-educated, brilliant people joined naysayers, ridiculers and critics who poked at the prophets who foretold Christ’s first Advent.  Yet Jesus the Messiah showed up precisely how the millennia of prophecies said He would.

It seems to me the chances are pretty good, then, that Christ’s second Advent will also happen exactly like both the prophets and the disciples and He says it will.  All we’re being asked to do is to believe, share our faith in His love as we have opportunity, and keep hope boisterously, joyfully alive!

Failure really is not an option, is it?