I wasn’t drafted; I enlisted.  My country was at war and men and women my age were engaged in fighting it.  Most of them were just names.  A few of them were friends; many of their names are now etched in a black wall. . .

The talking heads whose bodies routinely wore suits, resided in Washington D.C. and for their own political gain started those wars were trying to convince us all that one – the craziness of Vietnam – was winding down.

Peace with honor.  Right.  That’s spelled s-u-r-r-e-n-d-e-r, and that’s NOT what any of us put on a uniform to do.  We never want a war, but if you suits involve us in one, we intend to win it.  American forces win wars.  We don’t coddle or appease the enemy – and we sure don’t talk ’em to death.

That left us still fighting The Cold War, a 50-year conflict that some believe never quite went away even though its most visible idols were symbolically torn down or removed.  Statues and walls are easy to destroy.  Attitudes and creeds and lifelong habits of belief systems are not.

I remember as a brand-new Airman standing in a room full of other young men just like me on that September day of 1972, raising our right hands and repeating:

I am well aware that self-anointed progressive elitist types have gotten incensed at any mention of religion and have goaded and yammered about “So help me God” to the point that simpering, spineless fools have caved and removed it from the current Oaths of Enlistment and Office.

“Fools”, you say?  Absolutely.  I consider anyone foolish who insists, using their own limited finity to conclude that Infinity and the One who defines it doesn’t exist.  According to Psalm 14:1, so does God, speaking through Israel’s King David.  I consider anyone foolish to an embarrassing degree  who refuses to understand the foundational role Judeo-Christian beliefs and ethics played in this nation’s origins – and that still are the strength behind the social, moral and spiritual ethos of the majority of American citizens, no matter what church or synagogue they attend.

In my opinion, anyone in a position of civic authority who says they honor God and Christians “in principle” but won’t take a stand for those clear values just because someone with a big mouth and a ready vidcam challenges them needs to step down and go join the loyal opposition.  At least that would be honest.  Situational convictions are as meaningless as campaign promises.

I am an unflinching, life-long Biblical Christian who believes in God and believes in the guidelines for living set forth in His Word.  Perfect specimen?  Nope.  Intentional?  Better believe it. 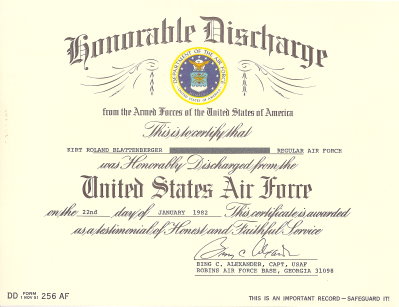 I am also a proud veteran who served America honorably.  I believe in the inherent rights of every American as outlined in The Constitution of The United States as its framers originally wrote it.  That includes our right to protect and defend ourselves – a clause that every veteran swore or affirmed to uphold.  I believe in the right to keep and bear protective, defensive arms and actively practice that right.

I could say much more.  To serve America in uniform, to go in harm’s way in behalf of those who for whatever reason don’t is a sacred honor, a privilege.

I have friends and readers who disagree with my political view and my standards as a Constitutional conservative.  It was my honor to serve in order to protect their right to disagree with me.  I respect them so long as they’re honest in recognizing my reciprocal right to live, believe and openly speak of and live by my beliefs.

Where we part company is when they would deny my freedom as an American to practice my Christian beliefs simply because it cramps their style, gives the lie to their claims or convicts them.  If it is as silly, baseless and amusing as they want us all to believe, then why such a determined effort to erase any possible recognition of it?  If harmless, why not just leave us all alone to believe and worship as we choose?  Sure, there’ve been professing Christians who have done horrible things.  Most of them, though, have always been respectful, decent, dependable, hardworking people.  So, I ask again:  why the determined effort to obliterate even the mention of God’s name and proclaim His people as hateful and other epithets more disturbing that don’t need more publicity?

I don’t do it for any other reason than that I’ve proven to my own satisfaction that The Bible contains everything I need to order my life in a way consistent with God’s will for His created order.  Sure, I recommend following Christ as a positive way to turn one’s life around and begin giving back to others, paying Grace forward, letting it flow through committed and changed lives.

I do not nor never will force anyone not so believing to abandon their way of life nor their beliefs by legal manipulation, political games, unconstitutional judicial fiat including the Supreme Court, on pain of imprisonment or even death. 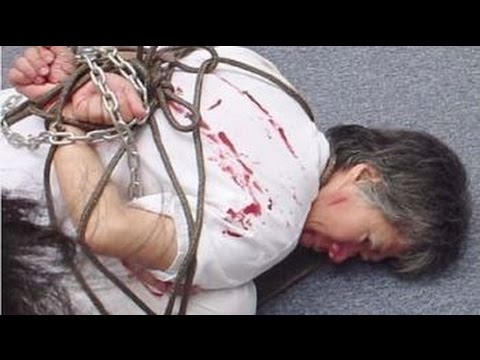 We’ve been seeing all of the above forced upon Christian people around the world; and it’s being allowed to fester and spread in our own land.  Yeah.  “Foreign and domestic.”  Note:  I added one of the more decent pictures, in this case a Chinese Christian woman.  To include disemboweled and bloody remains would bother some.  And it should.  It should bother us all.

Recently a very good friend sent this to me.  It’s embarrassing how our American major media is denying, even quashing the truth that the rest of Earth’s nations admit and openly recognize.  Our enemies sneer at us and our now-hesitant friends can only shake their heads, wondering. . .

The piece begins, “The danger to America is not Barack Obama, but a citizenry capable of electing a man like him to the Presidency.”  I’m sure you’ve seen it before; it’s been attributed to Valclav Klaus, former Czech premier, along with other luminaries over the last decade from South Africa, New Zealand, Australia, the Northern Mariana Islands, and Nigeria’s Delta State.  Any or none of them could have said it.  That doesn’t alter the impact or veracity of its content.

All truth is God’s truth.  America’s Socialist Elite would destroy things like this if they could because it dares to speak truth about our young pharaoh.  The facts are clear to any thinking American from the Left or Right.  We elected a Socialist who is pro-Islamic and anti-American.  The evidence bobs in his wake like junk thrown overboard by careless boaters.  Our President sneers at our Constitution and our system and rule of laws, and has adopted a defiantly arrogant pattern that continues freely and repeatedly breaking or circumventing laws until he is stopped.  Then he simply moves to the next aisle and keeps helping himself there to what isn’t his until caught.

On this 14th anniversary of Islamist hatred showing it’s true colors of fiery orange and soot-black against the New York skyline, it is unthinkable that our commander-in-chief sides with America’s most vile, murderous enemies; and that he is aggressively inviting them in among us in every imaginable form with which he’s allowed to get by.

It is also true.

As a veteran I am disgusted with him and those like him.  I’m also disgusted at us for letting him and his sycophants anywhere near the places of power and influence they’ve profoundly abused.

I am proud, however, of regular American people – the ones who work every day to stay free and be responsible, productive citizens.  I still believe in America’s exceptionalism.  I believe in the ability of America’s citizens to overcome the misguided efforts of any self-absorbed tyrant or oligarch to permanently destroy who we have been and, God willing, will be again.

There are a lot of us veterans out here.  When we took that oath, we meant it, even though we might not have fully understood all it entailed.  That oath was taken in good faith and has never been rescinded.  We were, are, and always shall remain American fighting men and women.  All we ask is for an honorable commander-in-chief who him- or herself upholds both the letter and the spirit of our nation’s Constitution as it was written by the framers – and as it applies to us all, and not only to those with whom he or she agrees.

I close with these words from a brother warrior of my era.

“America has never been entirely perfect. It has only been perfect in having the ability to overcome past mistakes. This year’s election will show whether we retain that ability. For myself, I will do everything I can to ensure no military man or woman has to look inside of themselves when given an order by someone who is woefully ignorant of the Constitution and the awesome responsibility of following it.”  – CWO Robert MacPherson, USN, retired.

Only a few of you were at Pearl Harbor.  But it happened.

Because we’re who and what we’ve historically been, America’s always had enemies who want to take us down or out.  That will always be true.  That doesn’t mean we do anything but cheerfully, positively take our stand just as we’ve always done.

I for one do not want to stand before God and try to explain why I let loud-mouthed opinions or brutal threats browbeat me into backing off and shutting up.  I’m an American.  My opinion counts just as much as yours.

Because we are fellow Americans, what threatens you also threatens me.  Whether we agree about everything or not, it’s time we reject this divide-and-conquer strategy of our President and his minions, and come together as Americans again.  I believe it’s time to knock the wedges he’s driven between us out and link arms and hearts as Americans once more.  It’s what has carried us through rough times before.  It’s what will do so again.

I am an American veteran.