I never knew a time when Glen wasn’t there.  He married my eldest sister before my first curtain call; his eldest daughter was three months older than me.

Uh-huh.  I was forced into unclehood without my input.  Tacky.

At first I had trouble reconciling all that difference in ages.  My sister is almost 20 years my senior, so Glen was of the same age.  They, along with my eldest brother and wife – and, yes, their kids – lived close enough so we were able to drive to one another’s homes to visit.

It felt like my generationally-challenged siblings didn’t quite know what to do with a little brother almost 20 years their junior.  I wasn’t real sure what to do with me, either.  “Wanna play Lincoln Logs with me?”  “Uh, maybe another time, Danny.”  Okay–everybody knows that’s adult-speak for, “SO not happening!”  And since I in the throes of kidhood was not conversant in fluent coffee and Rook, coming together right now was problematic.

The real point here is that though Glen was of the same age, I never felt excluded by him.  I’m sure he felt the same awkwardness as my own sibs, but he never showed it.

He was from earliest memory one of my heroes.  Resembling (at least to me)The Hulk on Prozac, Glen just gave off an air of calm, settled assurance.  His craggy features looked to my young eyes like God had chiseled him out of granite. 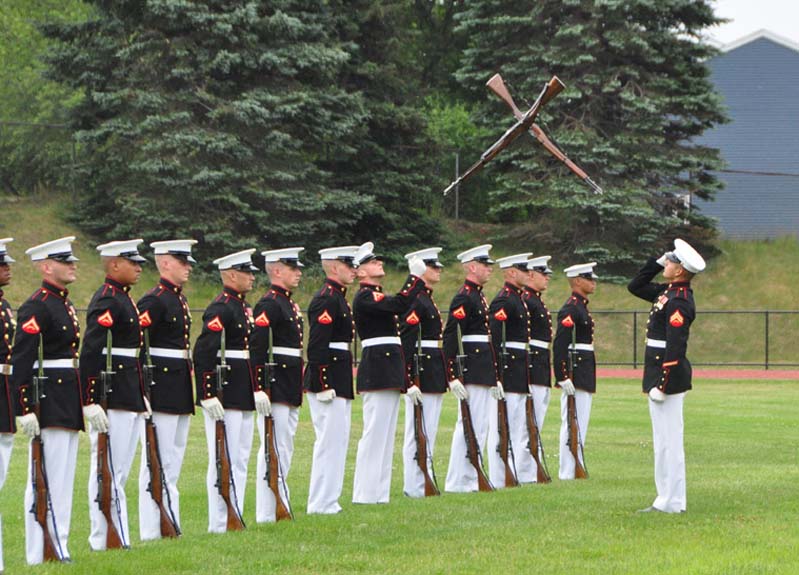 I don’t remember him ever taking me for a walk, but I can tell you I always felt safe and wanted, and maybe even a little smug when I was pestering him.  You know, like going for a walk with a lion on a leash.  Or Godzilla’s cousin.  Part of that reassurance, to me, was that Glen was a Marine.

I’ve reason to believe he was a good one.

Though I chose the Air Force, it was always a matter of high pride to me that he and I shared the affinity of veterans everywhere.  Even as a boy, I looked up to Glen because he’d proudly served.  He’s one of the reasons I decided to do likewise.

Glen was also a Godly man whose quiet, sustained faith gave off a low hum of spiritual power.  You could sense it.  It made you want to believe, too.

He was always a hard worker no matter what he was doing.  When given a task, no supervisor of Glen’s ever had to question whether it was done right and well.  He pulled that kind of devotion to duty out of those around him, too.

Batman, Superman, Spidey, The Fantastic Four and all the other superheroes of the Boomer generation are seeing a surge of popularity.  I believe it’s because our kids and grandkids have seen through the paper-thin shallowness of today’s ‘heroes’ and are starved for real ones.

I needed some reassurance growing up, and at times I needed a lot of it.  God knew that.  I’m forever grateful God gave me Glen.  Amid the normal emotional hash of boyish stuff that swirled around me like a summer dustdevil, he was one of the monoliths holding up my pup tent.

In later adult years, I found more and more reasons to admire this gentle giant of a man who dared marry my sister.  It was never hard for me to see how he won her heart.

It took him no time at all to win mine as well.

So last Sunday, Glen met his final port of call and headed Home.

And I’m thankful God gave me somebody like Glen to look up to.