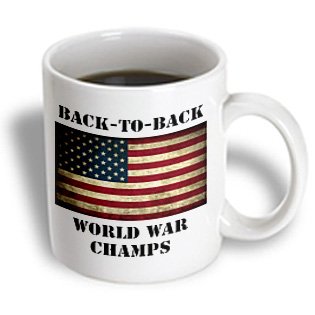 3 of the 26 homes on our street had American flags displayed outside on July 4th.

Standing at attention with my hand over my heart during the singing of the Star-Spangled Banner, I saw adults standing with hands in pockets, some with hands politely folded, others with arms hanging at their sides.  Others were surreptitiously checking Facebook or Twitter.  One guy was scratching—  well, let’s just stipulate he didn’t know I was watching.

And this was in a conservative church on Sunday morning.

32 days ago was the 76th anniversary of the D-Day landings in Europe which eventually culminated in the end of World War II.  Few were aware of it.  Some who were didn’t care.

As an American veteran, to observe such historical laziness sickens me.  It’s one thing to see it in the kids, and even millenials.  To witness adults who should know better being this careless with who and what this nation has been causes me some serious heartburn.

I couldn’t care less who is soapboxing about all of America’s ills and why the flag should be mistreated and disrespected.  Good men and women died following that very banner to enable the opportunists and do-nothings to say such things.

Many things could be done to address this national travesty, but I’m going to advise you to begin with one.

Fly the Stars and Stripes.  You fly that flag!

Good, solid people just like you have given up everything they had – up to and including spilling their very blood standing up for what our American flag signifies.  Every one of us has family members who’ve served and some who’ve died serving our nation in uniform behind that flag.

Fly it!  Honor what it means!  Learn its history!

Sure, dumb things have been done in its shadow.  That’s not the flag’s fault.

Your children and grandchildren are being misled by people closer to your age that the American flag’s an embarrassment and shouldn’t be displayed.  Thankfully, they seem to be a little more grown up than the grown-ups.  They’re being taught our flag’s no better than any other on the planet, including those of our sworn enemies.  It’s up to you to help re-educate them about the honor and decency and rich heritage of Old Glory.  They won’t get it in school.  You must teach it to them by word and by example.  If you don’t know yourself, then learn.

Yeah, you!  Quit looking around you, hunting for someone a little more together to rep for you.  You’re an American, aren’t ya  ?

If you don’t have a flag, then go get one.  They’re on sale now, and there are plenty left from pre-July 4th supplies.  You Google everything else.  Go online, find a list of approved days on which to fly your Stars and Stripes, and get to it.

Fly it!  I don’t care if you’re the ONLY one on your block.  Do it anyway.

This is the only place like this place anywhere near this place. And that beautiful flag STANDS for everything our nation has been and has done to champion freedom’s magnificent cause all over this planet!