QTMs for 7/4/15 – Random Thoughts of A Thankful American

On this day to remember why America exists, I’m tired of worn-out, cute, quick clichés.  “Freedom isn’t free.”  Okay.  That’s true.  What did that cost to find a cute picture, copy it and paste it on your post?  To tweet out a nice message to your friends?

A few minutes of your time. 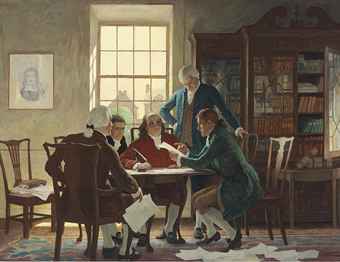 It cost some men and women their lives.  Real men and women, with names and and families and careers and hopes and dreams of their own.  They sat down together and wrestled with this concept of freedom.  From differing backgrounds and beliefs, they spent months in stifling heat, writing and rewriting the founding documents outlining who we are as Americans.

They willingly signed their names to the Declaration of Independence, knowing it likely would cost them everything they had.  They shelved all those personal hopes and dreams, choosing to invest it all for the common good of us who followed them.

They also chose to step up and serve in our nation’s military. That process began with colonists wearing whatever they had and carrying whatever weapons they had to hand, telling overbearing, bullying taskmasters their continuing blustering, threats and intimidation were no longer welcome.  It wasn’t the fault of the fledgling colonies that Britain was broke from overspending.  They’re the ones who’d come here, facing the excitement of building a new nation if they succeeded and starvation and sure death if they didn’t.

Failure, for those patriots, was not an option.  That’s one cliché I like. 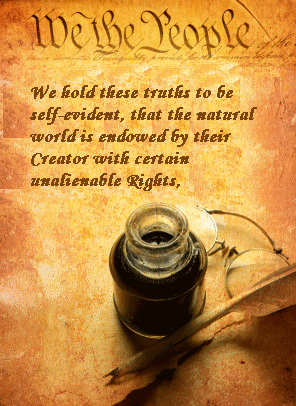 Since 1775, each generation of Americans has produced that same quality of patriots.  They’ve chosen to step up, gear up, load up and stand up for who and what the America they love is.

Blustering, intimidating and threatening types just like old King George and his minions are back.   They seem to hate the freedom for which many of us have willingly given everything; and have somehow gotten in front of every mic and camera they can find.  They’ve yelled, argued, screamed and incited riots to insist on trashing everything America has historically been, denying everything exceptional and noble in our heritage while loudly condemning the inevitable wrongs done by anyone who tried to do something.

They’ve systematically taught our young that a patriot is to be feared, put down.  That sacrifice, honest work and delayed gratification are for chumps.  That the Socialist dream they continually disprove really will work if the right people are in charge.  That always means them.  They’ve tirelessly worked to not only deny us the freedom to protect ourselves and others, but are just as focused on removing what weapons we already have.

They’ve worked hard to teach God either doesn’t exist or has nothing to do with America’s amazing success story.  Any mention of the Judeo-Christian ethic that helped form the foundation of America is instantly shouted down by enraged, sneering elites who “know better”.

We’re the ones who know better.

The silly socialist agenda our enemies espouse is only able to survive because its proponents make a decent living through our system of free enterprise and the grit and determination of the American entrepreneurial spirit.  How else can spoiled and pampered Hollyweird ‘stars’ emerge from their limo- and glitter-surrounded (and totally surreal) world insulting the very nation and solid, working people foolish enough to buy tickets to watch their ‘artistic style’?

Come on, folks.  Do you seriously idolize them, watching their silly pap in movies and on reality TV, while totally ignoring the true reality going on all around you?

The only reason our enemies, both foreign and domestic, have for denying us the ability to defend ourselves against tyranny – theirs – is to assure them the continuing rape of the finest national experiment of Earth’s history without it costing them a thing.  We’ve seen through all the pathetic and high-sounding arguments.  The fact is they want us cowed and unable to fight back.

Maybe that’s because they know we will.

When regular folks – Americans who are tired of the constant divisiveness from our President on down and refuse to be partitioned off by race – get mad enough to fight back, things don’t go well with their would-be ‘owners’.  I’m insulted by slick Socialists constantly fanning the flames of ‘racism’, which is their favorite go-to tool to control a populace way too large for them to pull that control off  in any other way.

I’m also insulted at how often the very ones being ‘fanned’ never seem to get the put-down to them:

The truth:  the Socialist agenda is getting its way because the rest of us have been fenced off from each other AS IF we are each other’s foes.

Our sworn enemies are those intent on removing all vestiges of American exceptionalism and righteousness and decency – all parts of the freedoms and Constitutional rights given us all as Americans.

In their own way, they’re as deceitful and sinister as the Islamist zealots they court.  They hide behind expensive legal challenges designed to break the financial and moral will.  They hire the best technical minds to wage cyber warfare, interfering with and destroying anyone standing in their way.  They wear masks intended to hide their true nature and identity.  They hide behind social and relational flashpoints intended to irritate, distract, deflect and arouse partisan bickering while they carry on with their hidden agenda:

The continued dismantling of the America upon which God absolutely HAS poured His grace.

I’ll go sing the national anthem prior to today’s baseball game.  We’ll root for the home team.  Afterwards we’ll listen to this or that politician say what they think we want to hear, mouthing the normal patriotic line; after all, there’ll be one of the largest groups of American military veterans from the entire area there.

They’ll honor the vets and notable civic folks.  Then we’ll watch the fireworks.

My question to you, fellow American, is:  what will you then do on July 5th?