I didn’t see it first as a gift. I saw my handicap, my disabling as a hideous, cosmic joke at my expense.  I gritted my teeth in lonely wee hours of the morning, too weak to do much else, mentally screaming “WHY?” at God and anybody else listening.

Gasp all you want.

I never stopped loving God and serving Him.  I didn’t turn my back on the Bible and quit going to church.  I got right back to attending worship just as soon as I was able.

I did have some serious issues with Paul’s tidy statement in 2 Corinthians 12:7-10 where he talks about his disabling handicap being “the gift”.  He said he, “…begged God to remove it.  Three times I did that, and then he told me, “My grace is enough; it’s all you need.  My strength comes into its own in your weakness.”

Three times?  Three?  Try three thousand!  Physically I couldn’t do much.  After all, it’s hard to look and sound imposing  with

Think the bullhorn’s too much?  Don’t try to convince me you’ve never felt that way . . .  There’s way too much here we don’t understand – and God’s not much into explaining Himself.  We walk by faith, remember?  And that’s a WHOLE lot tougher than it looks or sounds.

The process took years to culminate in where I now am.  But the initial combination of the above, along with repeated surgical procedures and heavy-duty IV antibiotics routinely taken to stave off constant infections near my heart, left me enervated.  And that was what had me screaming, “WHY?” at God.

I respected my Sunday school teachers who all seemed to agree that, “We don’t question God.  And we never, EVER get angry at Him.  Oh, no-no.”  I was never in lock-step with that, but more or less went along with it–until life got real and I came close to dying several times in the spring and summer of ’97.

My personality is such that I tend to patiently seethe rather than precipitously detonate.  Years of repeated procedures for this or that, having my gut resected until there was virtually none of it left, medical debt that soared with the same relentless momentum of a space shuttle launch?

Yeah.  I was doing a slow burn, firing questions at God all the way.

“What about my young family?  I never even got to say “Goodbye” or “I love you” to them!  And what’s my wife supposed to do?  She’s wearing herself and what vehicle we have out just trying to keep up a job while breathlessly running back to check on me all the time!”

“THIS is Your idea of a blessing?  I’m supposed to bow and scrape before You because you’re blessing me with a wonderful 3rd-time’s-a-charm flirt with Death?  I’m supposed to be thankful, God, that in less than a month we’ve been plunged into bankruptcy because of a half-million dollars in medical debt?”

“And what about this sorry succession of dry-rotted, dessicated dumps we had no choice but to live in because I wound up on the paltry disability granted me?  What about You keeping us on the set of ‘Dancing With Bill’, shopping at all the better stores like Goodwill, St. Vincent de Paul and DAV?  THIS, God, is Your idea of a good time?”

“I turned away from comfortable jobs and income to invest myself in Your call into pastoral ministry and this is the result?  I know I wasn’t the best at it, but I gave my best to it.  I did the best I could with what You’d provided me.  God, I flat do NOT understand:  why.   are.   You.   letting.   this.   happen?”

So, Paul.  Three times, buddy?  Really?  The Paul I see through New Testament word pictures somehow doesn’t comport with such a mild acquiescence.  As I recall, your arrogance was such that God had to whack you off your ride.  Blinded you, too.

I see that same feisty, opinionated, resolute toughness displayed all through your ministry.  Once an antiGod and -Church monster, you became equally  just such a powerhouse for Christ and His Church.

But, hey–you say three, I take you at your word.  I’m thinking, though, it’s more like the most recent three.

I can identify with that.

There’s something else far more important.

Looking back across the intervening years, I can also now identify with Paul’s calling his handicap “The Gift”.

I am quite literally alive through God’s healing; Medicine says I cannot live with only 18 inches of small intestine.  Yet here I am.  I begin every day with my energy level at ‘0’.  Any expenditure of energy immediately begins subtracting, registering on the negative side of the scale.  It’s now so normal I just take it in stride, knowing every day I must rely on God’s energy flowing through me.  I have none of my own.

Understanding I must rely on God for energy is a blessing, part of ‘the gift’.  I didn’t have to before; in fact, I rarely recognized the need.

There’s one more piece of ‘the gift’ about which I need to tell you.  Since I was willing to be naked-honest with God in telling Him I was furious at ‘im for letting all this happen as He did, we’ve been a lot closer.  We really do walk together a lot more; He knows now that I won’t hold back on my real feelings and thoughts with Him.  I now know in return that He truly is working ALL things TOGETHER for good in my life.

Totally convinced I am.

Hey.  I’m not saying it’s not still The Grind.  I have some rough days. 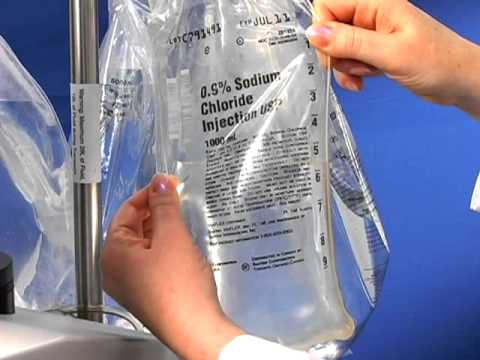 Yes, the means of quickly rehydrating for me is gone.  No, I won’t be helping move an office again.  I almost put myself in the hospital and am very slowly dragging my way back.  2-3 bags – very cold bags – is the usual, and freezing from the inside-out is, ah, uncool.    I knew I might pay that price.  I also knew my friend needed that help and I depended on God to help me walk the tightrope.  He did.  Yet it has not been pleasant.

Every aspect of The Grind, however, now reminds me daily of God’s ability to heal to whatever degree He knows in each case is best.  I really am a walking, talking, eating, drinking, positively-charged miracle!

That’s a gift in anybody’s book.