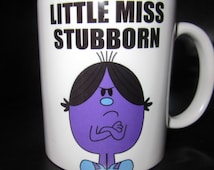 than their present horizon.

Understand:  there’s a reason for the scientific method.  Witness this by physicist Richard P. Feynman:  “It doesn’t matter how beautiful your theory is, it doesn’t matter how smart you are. If it doesn’t agree with experiment, it’s wrong.”  Don’t know the name?  Google ‘quantum electrodynamics’.  There’s a place for careful attention to known detail.  Just remember the reason for known detail is to help us recognize the parts we don’t yet know – of which there is plenty.

There’s a big difference between meticulous scrutiny based on prior knowledge and intentional ignorance, as in

Then you need to raise your sights.  Get your nose out of the underbrush.  Climb.

Standing in the middle of our own familiar little world, the horizon looks flat.  It’s limited to what we can now see.  There was a time when people thought the ocean was flat for that very reason.

“Hey–it’s all I can see.  Therefore, nothing else could be out there.”  They were so sure of that belief they destroyed reputations and entire careers,  laughing to scorn any who dared differ.  They crossed the line, letting their persistence and passion turn into stubbornness and ignorance.  They would not be the last.  But enough about Congress.

YOUR HORIZON MOVES WHEN YOU DO.

Nope.  Not flat.  Not even close.  Now we’ve all seen, from couch level right in the comfort of our own homes, that we inhabit something round.  Not flat.

Isn’t it weird, then, to encounter otherwise bright people who still think their own flat view of things constitutes reality?  It must sell.  Witness the explosion of ‘Reality TV’ where people pay media bucks every month for the privilege of sitting in a recliner, wearing the hair off the back of their heads while watching other people live life.

Hey.  Do you suppose that’s why an entire generation has grown into supposed adult years thinking texting on a device is an adequate substitute for talking face to face?

Without faith you may as well stay on the couch watching others live.  Nothin’ happenin’.  No biggie.  Live and eat pizza until you die.  Without faith there’s no salvation.

Now God has us where he wants us, with all the time in this world and the next to shower grace and kindness upon us in Christ Jesus.  Saving is all his idea, and all his work.  All we do is trust him enough to let him do it.  It’s God’s gift from start to finish!

It’s people of faith who get things done.  Invent.  Start and build businesses.  Invest.  Excel at their work.  Encourage and galvanize others by their courage and willingness to persevere during the scummy, seamy, grotey, tiresome experiences life tends to hand all of us.

This is going back a few years.  When a ‘senior’ adult uses that phrase, it means in the last century or two.  It’s like when you say, “the other day”.  Could be 1827.  This song wasn’t on my horizon until I began composing this post.  When it immediately popped into my mind, I knew it would be a perfect way to wrap these thoughts up.

Read the lyrics while you listen.

Think about this matter of faith.  Ask yourself if anything worthwhile in your life has been accomplished without believing in something and someone you couldn’t yet see.

Then ask yourself:  Why do I have such a tough time believing God loves me, too?

The answer’s worth exploring, friend.  And you don’t have to learn water navigation or become a rocketman to do it.  Your horizon moves when you do.  Step off in faith and you’ll see some stuff, now.

And you wouldn’t even have known it was there.

That’s what faith in God can do.