QTMs for 5/1/15: PRAYER WARRIORS ARE NOTHING TO MESS WITH

He began the normal process of The Whirlpool Effect, praying around the edges of the slowly-rotating vortex of thought and impressions, ‘dabbing a wide loop’ so as not to miss a need or overlook somebody depending on his praying.  Even as he prayed, he broke into his own soliloquy aimed toward The Court of The King of Kings . . .

“I know how often I’ve laid in pain, in great need or with my own spirit broken and bleeding, needing somebody Out There—anybody—to wake up and stand in the gap for me.  Lord, I don’t want to miss somebody who now needs MY support.  Doesn’t matter whether I ever know the ‘WHY’ of it or not.  You do—just add my praying to whoever else is Out There to strengthen and lavish Your grace on a needy, hurting, desperate Christian brother or sister. . .”

There is a small band of veteran Spirit Warriors whom I know always join me in lifting a fallen, hurting, needy, discouraged, angry, disillusioned or just plain puzzled child of God.  I have the privilege of knowing one or two of them, having occasionally sat across the morning table from them as we prayed together.

Most of them I do not know, for they speak with a different accent, and some in a language unknown to me.  Know what’s important, though?  It’s not their looks, or what they have.  It’s not their office nor status.  One of them could be sitting right next to you in Panera Bread or pushing a cart in Sam’s and you’d never know it. 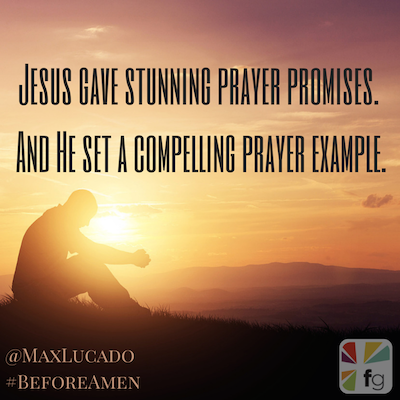 That changes, though, when they stop to pray.  It’s like Time hesitates and there’s a weird tension in the air.  Something happens when God’s Spirit War vets begin to pray . . .

To a person,  when they pause to pray, the Universe fairly sizzles and crackles with the lasered infusion of their praying.  Moving at an impossible-to-measure speed of thought, the combined force of these men and women’s faith-filled focus in prayer cannot be blunted, deflected or stopped.  It is a supernatural weapon in God’s own arsenal against which there IS no defense. 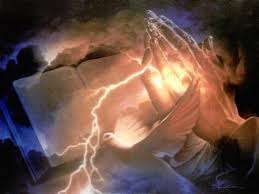 I’m forever grateful God opened my eyes, mind, heart and spirit to the limitless potency of a group of dedicated Spirit Warriors scattered God-only-knows-where when He orders them into action.  I’m even more grateful He invited me to step up and enlist.  It calls for a lifetime of steady training and constant refining and exercise.  That’s why not many survive the cut.  See, it’s not about us.  We’re flesh and blood.  No different nor better than anyone else.

It’s about HIM.  You know–God.

Yep.  I’ve gone without a little sleep and a meal or two to answer the call to duty.  I’ve never been sorry, though.  Occasionally, God pulls back the curtain between There and Here just enough to give His Spirit Warriors a glimpse of the answers He releases when we’ve all joined as a team to enforce His rule and extend His grace wherever its needed.

Oh, don’t go around looking for men or women wearing “INTERCESSOR CREW” badges like the ‘COMBAT CREW’ ones some of us used to wear when in uniform.  You can’t pick them out from a crowd.  Don’t try.

God knows who and where they are.

And that’s all that matters.