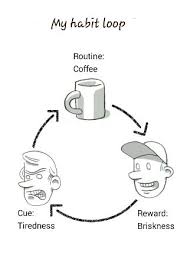 I shave the same way, every day.  Might have something to do with being right-handed, but I always make that little dollop of  blue gel lather spread into its customary white frosting on the left side of my face first.  Then I pick up my five-bladed razor and begin harvesting offending whiskers on the right side, working around to the left.  Backshaving is a given.  All guys will understand that.  Ever be working on something, concentrating, and while absentmindedly running your tongue over your lower lip feel the cheese grater pull of—“How in Detroit did those stinkin’ things escape?”

Whether shaving, dressing, cleaning, putting dishes in the DW, mowing or anything else–may God have mercy on ANEEEone who messes with your ‘normal’.

“Come an’ listen to a story ’bout a dog named Champ / a Boston terrier with a strange mental cramp / Give ‘im a bone, and he’d hide it in plain sight / but touch or move it, you’re in for a fight . . .”  Bugged, he was.  Protective of ‘is bone.

Yeah, you saw what I did there.  You’re just as bad, ’cause you were singing it.  Oh, yes, you were.

Yes, I know that’s no Boston.  That’s Duke, the Hillbillies’ porch-potato bloodhound.  Had to make the connection.

Here’s the part you were waiting for.  The other shoe, so to speak.

Ever wonder why the same relative few are seen doing the same things?  Work, worship, recreation, dining, even conversation:  we’re such creatures of habit.  Add another habit, namely, Path-Of-Least-Resistance thinking and resulting action and you have a very difficult thing to alter.

It’s easier to use the same handful than go to the trouble of interviewing/hiring/auditioning/trying out/using others who are often just as capable and talented if not more so.  Habit, as in ‘creatures of’.

Seem too over-the-top?  Do an experiment.  Let something that you’ve made a familiar pattern in your daily/weekly regimen get interrupted.  Let what you’ve made your ‘Normal’ get waylaid by “Chance”.  (That’s what we call it when God decides it’s time to broaden our horizons and dumps something or somebody different right in the middle of our Cheerios.)

Good!  You’re replaying one in your mind.  It’s hilarious when it’s happening to Wile E. Coyote.  Not so pretty when you catch yourself doing it.

But I do it.  So do you.  Anything jostles or knocks over your habitual ‘Normal’ and you blow your stack!  Yeah, Christians do it, too.  We just (try to) hold it in better.  “I was just taking a moment to pray—”  Hunh-uh.  More like you were trying to hit the release valve on that head of steam before it exploded out your ears.  Maybe even your mouth . . .

Ever think that occasional jostle might be God’s way of healing you of a little tunnel vision?  Of removing some comfortable, habitual, self-satisfied, custom-fit blinders?

Lamentations 3:23 reminds us that God starts every day – every ONE of them – with brand new mercy and blessing.  Isaiah 42:9-10 talks about God telling His peeps the future before it happens; and even tells ’em to sing a new song of praise.  Yeah, I know:  “DON’T TOUCH THE MUSIC I’M COMFORTABLE WITH!”  Point:  it was ALL new at some time.

As long as your hand is clenched around something you’re unwilling to let go, you’re unable to receive anything new from God.  That always requires an open hand, mind and spirit.  Better give that some thought.

You cannot keep your hands clenched, holding onto what you prefer and be able to receive from God what He prefers.

“New” figures greatly and the New Testament, too.  Revelation mentions even a new name and brand new song.  You are unable to receive ‘New’ until you’re willing to let go of ‘Old’.

Full disclosure:  any time God’s messed with my ‘Normal’, I’ve usually whined and complained about it.  I know all about trusting Him and–okay, maybe I don’t know ALL about it quite yet.

To Alexander:  “Shut off the sun.”

You and I do not like being inconvenienced.  Don’t like our ‘Normal’ way of doing things being messed with.

Sometimes the most growing we do is when God pays no attention to what we like or prefer and messes with them anyway.  Then, as always, it’s our choice what we do with His, ah, intervention.

It is possible that by your insistence on doing things the way you’ve become comfortable doing them that you’re stifling the growth, creativity and usefulness of others God would love to be using in every venue we’ve discussed:  work, worship, recreation, dining, and even conversation.

I remember reading a phrase about “a really great, interesting mind locked away, deep inside.”  It made me reflect:  how often is this true of one’s character and personality?  How many around you have hidden the best of themselves away?  “Nobody wants me, anyway.  I don’t have–  I’m not–”  Bruised spirits, lacerated souls and abused, beaten hearts?  Are you one of them?

You cannot keep your hands clenched, holding onto what you prefer and be able to receive from God what He prefers.

Given His track record measured against mine, I think I’ll take WHAT GOD PREFERS FOR ME for $400, Alex.

Even if it makes me a little – okay, maybe a lot – uncomfortable and forces me to work a little differently than before, I don’t want to go through the remainder of my life being known as The Knight of The Clenched Fist and having as my theme song, “I DID IT MY WAY.”

Oh.  Right.  Champ.  Boston Terrier.  He had this weird habit of ‘hiding’ any bone on the carpet in plain sight.  He’d look warily around, making sure nobody was watching, then lay it down and use his nose to ‘bury’ it.  As long as we left it strictly alone, it could stay there for weeks.  But touch it and move it even a couple of inches?  That dog would stalk over to where it was, stand over it and glare at whomever dared touch it.  Then the whole silly process would happen again.

I’ll let you make the application.  I’m guessing you’ve already come up with at least one.