Sometime about 4th or 5th grade we lived for a time behind a magical little store called Buck’s Corner.  It predated 7-11 and QuikTrip, those streamlined, impersonal, garishly-colored, almost-automated glass-and-plastic voracious beasts made necessary by a drive-anywhere lifestyle.  They’re never more happy than when ingesting and spitting out people.

Not so with Bucks Corner.  Our little store had personality.

I always enjoyed western TV shows.  The Rifleman.  The Virginian.  Big Valley.  Gunsmoke.  Anything with The Duke.  Every one of them had one of ‘those’ stores.  All sorts of delicious smells, stuff stacked and displayed all over the store, neat stuff that, were I there, I’d have to ask, “What’s that for?”

Many years later, walking down the weathered boardwalks of Tombstone, Arizona, I found strange delight walking into a building where Doc Holliday once refilled his codeine habit.  I digress, but isn’t it wonderful how memories can let you do that?  And they say Time travel doesn’t exist . . . 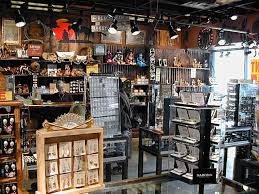 Bucks Corner was like those TV movie sets except for one thing:  Bucks Corner was real.  There are little places like it scattered all over – even in King Salmon, Alaska.  As a kid, my little country store was Bucks Corner.  Living behind it, being able to take a quarter and walk up the little dirt lane to the store and getting a sack of candy?  Mighty close to Heaven for a kid!  Sometimes I’d even be barefoot . . .

. . . because I’d been at the back of our pasture, pants rolled up, wading in the irrigation ditch.  I mean, we’re talkin’ crawdads, waterbugs, water skippers . . .  Peepul, for a country kid it jus’ don’t get any better’n nat.

In that ditch, over to one side of our property, there was a cement diverter that let us irrigate our garden.  All Daddy had to do was take a painted square of 3/4 inch plywood and chunk down in the little grooves on either side of where the water was flowing through.  That action instantly stopped the free flow of water, diverting it by directing the water into smaller channels that kept our garden and Bossy’s pasture green and growing. 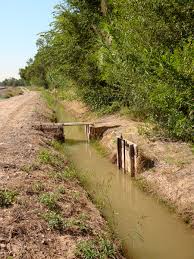 One day I thought I was big enough to try it.  I grabbed that piece of plywood and chunked  it down.  Okay, full disclosure.  I had to put some weight behind it and force it down.  I had no idea of the real force of the flow in that seemingly lazy little ditch  Cool.  I soon had most of the garden and some of the surrounding pasture flooded with that overflow:  because that’s what it did.  It just kept overflowing, but since I’d given it nowhere to go, it just went wherever the path of least resistance – or the lowest ground – led it.

Sunday, Pastor spoke from John 1:16 which talks about living in the overflow of God’s grace.  He highlighted the fact that the verse speaks of that grace being overlaid right on top of, and through, grace God’s already lavished on me.  On you.  On anybody who lives for and loves Him.

Here’s the lesson that came to me while Pastor did his usual excellent job.  The continuous flow of God’s grace can’t happen without a means of releasing what’s already there.  An outlet.  From God’s perspective, there’ll always-always-always be a full uninterrupted inflow into your life.  Yet to sustain that, there must also be an outflow.

Otherwise, the results will be alarmingly similar to my little experiment with damming up that little irrigation ditch:  the grace will just keep flowing because that’s God’s nature; but most of it will be wasted on me, flooding everyone and everything around me.  Okay, wait–how come everyone ELSE is getting such a blessing, here?  Am I not the one doing the work?  God?  You watching this?

Seems I’d not paid close enough attention to Daddy rarely ever shoving that diverter all the way down.  See, he was smart enough to let some of that uninterrupted flow just keep gushing out as intended.  While doing it’s primary duty as an irrigation ditch for others besides us, it was being controlled to water our vegetables and other good stuff in the garden, as well as keeping our pasture nice and green for Bossy.

Guernsey.  Gnarled horn.  Got her name from never wanting to do what she’s told.

That’s another story for another time.

The Message puts it this way:  “We all live off his generous bounty, gift after gift after gift.”  Can’t stop God’s flow and overflow of grace.  The only question remains – how much of it will I let wash over me and pass along to others?  That depends entirely on my ability to recognize His constant flow and manage it so it touches and waters as many as possible.