How do you think Jesus responds whenever He hears his name? 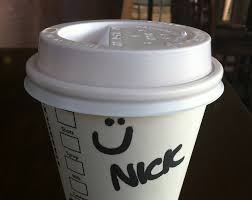 What do you do when you hear yours?

“Well, my ears sharpen, kind of like they get aimed at whoever’s talking.”

“I guess I’m paying close attention, wanting to know what’s being said and how my name figures into the conversation  I mean, y’know, I get quiet and pay more attention to who it is and what that’s about.”

“Oh!  I know.  I don’t like my name being associated with gossip.  I hate gossip; I hate gossipers, if that’s a word.  And it don’t matter who they are or where they’re from.  Or who they think they are.  I can’t stand gossips!  And I’m here to tell ya–men are some o’ the worst!  Most the time when that’s happened they don’t even know me!  And, AND I don’t appreciate being the butt of coarse or even dirty humor.  That’s like–like name abuse, y’know?  I mean, look at it.  My folks never had much so other than a little inheritance money when they died, about all they had left to give was my name.  I don’t much like having it messed up any worse than I’ve done.” 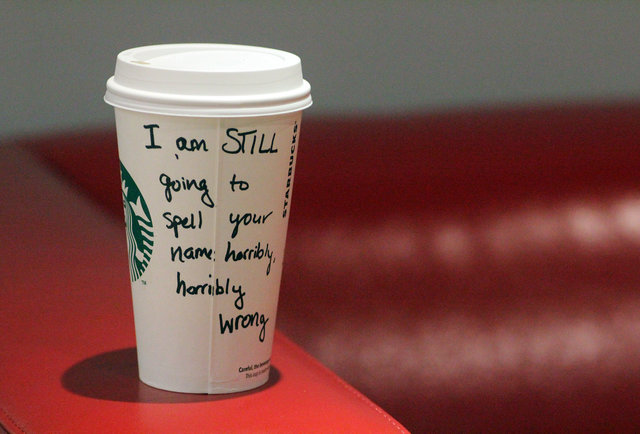 Yeah.  I can see that.  I get that.  So, let me see if I’m hearing you right.  I think you’re saying you treasure the name you were given.  That when you hear your name being mentioned, your senses all sharpen and you focus on that conversation and the people involved in it.  And you don’t like other people using your name in a desultory, negative manner – especially those who don’t really know you.  Would that be an accurate assessment?

Do I really need to finish coloring by the numbers?

No one likes their name being misused, even if they’ve made a royal hash of their own lives.  At no time is that more true than when unfairly accused by those who know better.

If imperfect human feelings are so potently sensitive to such insults, think about a perfect Creator God and His response to them.

Oh, yes, it does happen with stunning frequency, every day.

Books, movies, TV series, radio broadcasts, screamed in anger at games, and in conversations everywhere on the scale from enraged to casual.

If you and I find it impossible to shrug off insulting references to our names, what makes you think this integral part of God Himself, who came here and according to John 1 became one of us while retaining His royalty will shrug, mildly grin and say, “Kids . . .”?

It wounds Jesus to hear His name misused – especially by people who don’t even know Him.  It hurts Him to have this Name drug through man-made mud.

Why do I know that?  Because it really hurts us, and you and I are created in His image.

No.  I don’t want you taking my word for it.  Take His Word for it.  Go do your own reading.

Nope.  I’m not making this simple by spoon-feeding you specific references.  Those verse and chapter divisions were all added later.  These Gospels and later works we call ‘books’ were first lengthy letters from men who walked and talked with Jesus.  Fished by His side.  Shook His hand and felt the callouses.  They deserve to be read like you’d read a letter or a book.

They knew this Son of God who loved them enough to come be one of them.  Read what they have to say for yourself.

Immense in Ultimate Perfection, He stood mute before breathlessly imperfect, pompous, conflicted, arrogant humans as they repeatedly insulted His name and raucously, racily taunted the One who gave it to Him.

Don’t expect that to happen again.

All those responses you listed whenever you hear your name mentioned?  What if every time The Master hears His name mentioned, He immediately stops everything else He’s doing just as you do and focuses with laser intensity on those using it?

What if He’s no longer mute but perfectly recording every word AND the intentions and motives thereby attached?

What if every thoughtless curse, every sneering reference to Him is immediately saved and added to the account of whomever is speaking–and those listening without saying anything in His honor?

“Wait!  What does that have to do with meatloaf and old friends?”

Great question.  Both are things with which we can become very comfortable, even accommodating, to the point of carelessness.  They don’t have to but they often do.

Meatloaf?  Ah, we can always make more.  Old friends?  They understand, right?  Maybe.  But if they’re truly friends, you might want to just be sure.  Everyone you meet is a lot more complex than you’d ever dream.  The care and feeding of old friends is never to be taken for granted.

And Him?  He created you; knows you literally inside and out, body, mind and spirit.  I don’t think it’s a good idea to pin all your careless, casual hopes on getting to life’s end hoping it’s all a fantasy and He is a cosmic joke.

Or nothing more than a convenient swear word.