#16: NEVER SETTLE FOR SETTLING FOR

Wow – we’re halfway through!  On one hand, it seems like it takes forever to work through a longer list.  On the other hand, it can seem as though I just finish one and the next is tugging on my hearttail, reminding me it’s there.

You get that, right?  And with so many different things pulling at you, it can be deceptively comfortable to let up on how well each is accomplished.

Yeah.  You can slide into the habit of settling for good enough.

This 28-item list of Ways To Absolutely NAIL “Tremendous” is an expansion of the simple one- or three-word list by Robin Sharma on Ways For Being Amazing.  It’s good.  Maybe even amazing.  Yet I felt that as good as her original list is, it can be tweaked, modified, customized to be even better.  You might say more excellent . . .

Yeah.  It’s saying we don’t want to settle for a one- or three-word list.  Not when we’re aiming for being TREMENDOUS.  I began working our way through these around this time last year:  April 28th, to be exact.  We’ll go right on digesting about one each week until wrapping them up with a gangbusters #28.  A-a-and to fully appreciate that one, you don’t dare miss any in between!

We begin, boys and girls, with the M-word.

I’m not a huumus kinda guy.  Me?  Prime rib.  Smoked salmon.  Anything with bacon in, on or around it.  You get the point, right?  I don’t even like mediocre food.  If that’s what’s being offered, I’ll be kind and stir it around on my plate; I might even be courageous and consume enough to keep a gnat energized for ten minutes.

Mediocre in anything is not now, nor has it ever been my choice.

How does one break out of mediocrity?  ATTITUDE.

“It was only a sunny smile and little it cost in the giving, but like morning light it scattered the night and made the day worth living.”  F. Scott Fitzgerald wrote that.

Get this.  Your attitude affects you long before it affects anyone you meet.  Long ago I learned when walking the endless halls of a city hospital that everyone I met wore one of two expressions:  brow-knotted worry or impersonal preoccupation.  I reasoned that neither of those helped and chose a different expression:  a calm, assured, pleasant small smile.

To project that on the outside, you must first believe it on the inside.  This isn’t ‘fake-it-’til-you-make-it’ territory.  You want calm assurance radiating out from you?  Then you better make sure that’s what is happening inside you.

John Bunyan said if we don’t have quiet in our minds, outward comfort will do no more for us than a golden slipper on a gouty foot.  Tom Ziglar says attitude is a reflection of character and character is a reflection of habit.  The difference between an impediment and an opportunity is your attitude.  How you see or understand something, no matter what it is, is entirely your choice. 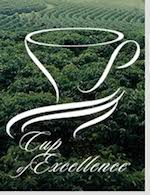 Once you decide you’re going to be the one everybody who passes you in the hall or on the street remembers today because of your pleasant countenance and quick smile, you’re on the way to not only your own excellence.  You have already influenced others to erase their own frowning allegiance to whatever’s troubling them, to never settle for just settling for.

You and they can’t always change what you’re experiencing.  But you sure can stop looking like you have a mouthful of vinegar.  It’s up to you how you respond to what’s happening in and around you.

Attitude’s not all.  Once you’ve got your attitude looking up and over, it’s time to go for excellence in everything you are and do.  ‘Success’ says at day’s end, “There.  I done good today.”  The problem with success is that you have to go back tomorrow and start all over again from zero.

Excellence just keeps building on whatever forward progress was made yesterday.  Success is a fickle, temporary thing.  Excellence is a lifelong way of thinking, living and working.

I love the answer of an unknown taxi driver who came to the United States and became an American as soon as he could.  When a bored rider asked him, “If you could live anywhere in the world – and money was no object – where would you live?”  In thick-accented English, the cabbie instantly replied, “I live in my heart, so it really doesn’t matter where my body lives.  If I am happy inside, then I live in Paradise, no matter where my residence is.”

That’s excellence.  Remember Roger Miller’s great song, “You Can Be Happy If You’ve A Mind To”?

You can’t fail unless you give yourself permission.  Excellence says, “Okay, that’s one more way that won’t work.  I’ll find another way to try it.”  Excellence says, “I’m going to keep at this until I figure it out and make it happen.  Doesn’t matter how long it takes because I’m going to live that time, anyway.  I will do this.”

Don’t watch the clock; do what it does.  It never stops; it always moves forward.  It never backs into the past but keeps moving forward, tick by tock, step by step.

Onlookers will snicker and insult, but onlookers rarely suffer from excellence.  Find doers and smilers and dreamers and encouragers and keep them around you.  Hang with them, read after them.

4-time Olympic Gold Medalist Jesse Owens:  “We all have dreams.  But in order to make dreams come into reality, it takes an awful lot of determination, dedication, self-discipline and effort.”

Start right where you are with what you have.  There’s no better time to begin stretching body, mind and spirit toward excellence than now.  J. D. Salinger said, “You’re going to have to find out where you want to go.  And then you’ve got to start going there.  But immediately.  You can’t afford to lose a minute.”  Don’t watch the clock; do what it does.  It never stops; it always moves forward.  It never backs into the past but keeps moving forward, tick by tock, step by step.

How do you stop settling for settling for?  Get rid of the app for Mediocrity.  You may never be able to alter what’s already been done or undone.  Yet you can choose from this point – right now – on to never again ‘settle for’ anything when it’s possible for you to do and be better.

That clears the way for you begin a consistent, steady stretch for excellence in yourself and anyone whose life you influence.