You can’t do epic stuff with mediocre, haphazard, lackadaisical effort.

I could stop right there.  There are some, though, who would try to argue.  Think about it.  Have you ever heard anything sillier than for someone to actually say, “Oh, yeah–I can be a success any time I want with one hand tied behind my back!”  They rarely say it, but too many think it.

The problem is they never move from thinking it to doing it.  When you think about it, that’s not nachurl.  Yeah-yeah; I know.  Just trying to get you to slow down enough to think this through.

Actions were first thoughts, right?  You know it:  think about something so often – repeat it in your mind again and again – and you’ll one day make it happen.  That’s the way God hardwired us when He issued us our brain.

So.  To think and think and think about being successful in this life while strangling the reality of it ever happening runs cross-grain to the way God put you together.  Hunh-uh.  Not nachurl. 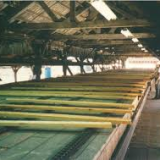 During my college years, one summer I pulled dry chain in a sawmill.  12-hour shifts, good money.  The work was hard, but I was big and strong.  Once I got the hang of how to slide 12-foot-long 2-by-whatevers off that moving conveyer onto wheeled trolleys six feet below the ‘chain’, I enjoyed the work.  Do it right and you can keep three of those trolleys full and keep the big forklifts unloading them moving.

Most of the time I did it right.  Did I mention the lumber on that dry chain came immediately from huge spinning saw blades, separated from whoever was working that first couple of trolley positions by only a hinged, reinforced flap of 3/4-inch plywood?  It hung down low enough there was only a clearance of about eight inches between its edge and the moving ‘chain’, actually a steel segmented series of conveyors that could probably move Vermont.  Reason:  it protected anybody working close by.

I know.  I asked, too:  “What’s that there for?”  The grey-hair standing there in that thick leather apron, wearing thick leather gauntlet gloves and sporting the latest in steel-toed-and-capped work boots just grinned.

I saw.  Actually, I heard it first.  Those huge, sharp steel circles of blurring blades were mated to some gang-keys operated from just on the other side of that thick, reinforced, hinged flap of plywood.  Whenever a piece of lumber rolled up to those gang saws unevenly, it happened quicker than thought . . .

The whirling saw blades bit into that just-dried lumber at a weird angle and instantly whirled one end of that 12-foot piece directly into that flap of plywood.  The sound it would make rivals anything scary from your worst nightmare.  In comparison, Godzilla would sound like a Chihuahua with laryngitis.

Hm?  How often was that plywood flap replaced?  Well, we DID work in a sawmill.  Think about it.

A saw blade cutting in any direction other than with the wood’s natural grain works harder and sounds different.

So.  To think and think and think about being successful in this life while strangling the reality of it ever happening runs cross-grain to the way God put you together.  Hunh-uh.  Not nachurul. 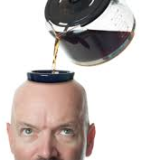 Watch carefully what you’re telling yourself.  After all, you’re listening.  Never waste your own time telling yourself things that are not true.  Instead, consistently feed your own mind and spirit with strong, positive affirmations of who and what you see yourself becoming.  Speak clearly in faith that where God has gifted you He will enable and empower you to keep practicing, working at that gift to make it as useful to Him and productive for you as possible.

Practice never did make you or what you do perfect; yet keeping at it makes you and what you do better and more useful.

They used to call them ‘masters’.  Master craftsmen.  Master painters.  Masters.  Why?  Because they kept at it.  They got more and more familiar with who God made them, recognized more and more of what they were capable.  They mastered themselves, then their abilities and gifts.

Everyone is good at something.  They’re so good that those looking on think, “Aw, man, there’s no way I could ever do that like he does.”  Strictly, that’s true.  You’re not him.  I’m not him.  Neither of us could do what he does the way he does it.

But you can do what you do better.  Nobody does what you do the way you do it.  What you are and do is God’s gift through you.  Get to work at it.  Practice it.  Become a master at it.  Since God’s created every one of us unique, comparing yourself to someone else – especially considering what is their gift that they’ve recognized and mastered – is folly.

Nobody does what you do the way you do it.

Other masters can coach you.  Yet since you’re unique, you’re the only one who can choose to keep at it until you become masterful at what God has placed in your hands.

“Where do I start?”  This is going to sound real basic because it is.  Remember the guy who said if you keep getting in deeper and deeper, the first thing to do is stop digging?  Here’s my first basic suggestion:

If something doesn’t work, DON’T KEEP TRYING IT.  Doing more of what doesn’t work doesn’t work.  Sometimes I’ve been my own worst enemy; the first thing I had to do was get out of my own way.  I was well on my way to mastering making myself miserable by always looking at everyone else’s best, comparing it with my worst.  And making excuses to myself for it.  Yeah–that can’t be good.  I wasn’t impressed with me, either.

Seriously:  If something isn’t working, STOP DOING IT.  To repeat something you already know won’t work is a fool’s errand.  You may need to start there.

It has to start with you.  You’ve got to want to master yourself before you can get after mastering your gift.  “Change doesn’t come without inconvenience, even from worse to better.” (Richard Hooker)

Keeping at it – focusing your best efforts on mastering that with which God’s graced and gifted you – is, like everything else important in this life, your choice.  Carl Jung, Swiss psychiatrist and psychotherapist, put it clearly:

“I am not what happened to me, I am what I choose to become.”

Nothing on your back trail matters beyond what you learn from it.  Nothing can stand in your way when you choose to keep at it.  Age?  Money?  Education?  Present circumstances?  Background?  Health?  None of it matters if you choose to master what God’s placed in your hands.

That can be done anywhere.

Begin right where you are.  Today.  Right now.  Choose.  Make the time to begin working some each day at becoming better at whatever is your gift.

Oh, yeah.  To become a master?