Look around.  Everyone around you has a device of some kind drawing them inward, creating more of a self-absorbed centripetal spiral.  We’re becoming social black holes.

They’re always on the phone.  Even when driving, they’ve got a phone somewhere, either held to one ear or using one of an increasingly-bewildering plethora of nifty little gizmos giving them the ‘hands-free’ option.

Their minds aren’t free.  They’re completely absorbed, merrily blabbing with a pal in Baltimore.  Conversing with a niece in Carolina.  Arguing with a brother-in-law in Arlington.

Exaggeration.  Most of the time they’re chatting with a friend about the Going-Out-Of-Business sale at the south K-Mart.  Point?  Complete disconnect with real people right around them, preferring the impersonal, keep-your-distance interaction of a disembodied voice on that device. 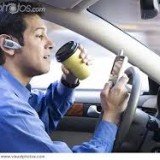 Texting’s worse.  We all know the reasons.  And my use of ‘they’ in the paragraphs above is just me being kind.  ‘You’ fits in there nicely.  So does ‘I’.

It’s why I try hard to make personal appointments to make time to meet friends and look ’em in the eye while talking.  I’m reluctant to resort to a cell call or message unless there’s no other way to make that connection.

Read the following from my files, then I’ll share a personal real story to wrap up.

“Yesterday I paused outside the deli in my office building to let pass a rather harried looking mother pushing a stroller loaded with a variety of shoulder bags and a small little girl.

“My mind was elsewhere and I never actually saw what caused it, but halfway through this narrow doorway a wheel of the stroller caught on the threshold and tipped the entire load forward. Caught off balance and a little pre-occupied herself, this young lady lost her grip and the stroller pitched forward, spilling the contents of several bags and one very frightened brown haired child. “Instinct took over and as any father would do, my first reaction was to lift this baby to my shoulder, pat her on the back and console her.  I couldn’t get over how light she was or how strange it was that she didn’t look around for her mother. She just cried and stared directly at the wall and never turned her head in any direction.

“Despite her small stature, Angelica, as I would later learn her name was, nearly choked me with her grip, as she frantically held onto my shirt and neck. Never responding to my voice as my daughter had, Angelica pressed her face into my hands as I stroked her hair and wiped the tears from her wide green eyes.

“It only took a second or two for her mother to free the stroller from the doorway and race to my side, but Angelica would not let go of my shoulder and hand so I told her mother to go ahead and get her things together while I held the baby. “I had resumed my attempt at calming the baby when her mother turned and said, “She can only hear you if you put her ear to your chest, she’s also deaf.” “Also? “I turned my head to stare into this beautiful little girl’s eyes, and saw… nothing… no response…no reaction. This frail, frightened child was blind and deaf, her only window to the world was through touch.

“I stroked her cheek and was given a hopeful smile through her tears, I tickled her under the chin, she giggled and placed her head on my shoulder and sighed. My heart was broken as could only think of my own two and a-half-year old daughter, Christina. I thought of how often she fell asleep to my wife and I singing to her or how often I catch her looking out of the corner of her eye at me and laughing when I wink or make a face. Would she ever know the joy and love in her home if she couldn’t see or hear it?

“Could I show her how much she means in my life just by touch alone? How often had I said “I love you, Good night” without a hug or a kiss?  We all know how important touching can be, we all know the peace that settles into your heart after a warm hug, but could any of us convey complex emotions like sadness, joy, sympathy or love through touch alone?

“Did this little girl know that I was a stranger, someone she had never been near before?  Did she even have a concept of different people at all? Could she tell her mother apart from any other woman? And then all these questions were answered in one quick second. Her mother took her from me and nuzzled her neck and hugged her.

“The look on that child’s face answered all and then some. Of course she could.

“I took my seat and tried my best not to cry in the hallway of my office. I pray that this mother can somehow get through to her little girl over the only bridge available, and I pray that I will never have to try. “I do know one thing though — I’m going home tonight and practice…”   –Author Unknown

Perhaps this story did a “waitaminit” on my soul because, late on the night of August 4, 2006, Brenda and I were hustling into a local Walmart for last-minute munchies.  Walmarts become A Different Place late at night; we were interested on purchasing our items and escaping, hopefully back into the same parking lot.  Intent on our own mission, it at first didn’t register.

She was a tousle-haired, blonde-curled, barefoot and bediapered, dirtyfaced little girl of about 3, wandering in the opposite direction toward the exit, plaintively calling out for. . . somebody.  Tears blurred her features and her wide eyes proclaimed to the world the terror of being left, overlooked, forgotten.

Brenda and I both left skidmarks on the store’s polished tiles when her plight finally sunk in.  We both turned and scanned the crowding adults, intent on getting wherever their plans dictated.  No adult was turning to receive her.  No mom, dad, grandpa or grammy stopped and waited.  No big brother or sister.   The steady flow of Big People just swerved around the toddling little one headed by herself toward the exit into a huge, impersonal, calculating world. 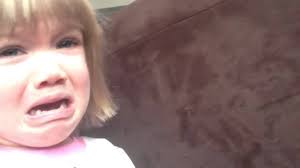 Poppy couldn’t stand it.  I retraced my steps, called to the little girl and was rewarded with huge eyes and a scared face.  I’ll never forget those dirt-streaked bare little arms reaching up to me.  I’ve often felt that way, getting ready to go out into the parking lot of that store–and I’m not two feet tall, barefoot and wondering if all the significant people in my life have decided I’m not worth their trouble.  Oh, yeah, babe.  I know what it’s like to be ignored and untouched.  Adults still feel the same forgotten, lost feeling of that crying, confused little girl.  They usually don’t cry about it, at least not until alone.  Eventually the eyes dry and the heart accepts the loss and the soul moves on.

I made eye contact with an off-duty cop I knew who was acting as store security, pointed to the scared and bewildered little girl I knelt beside, and explained to him what we’d observed.  Vic took it from there.  All was well.  I asked before we left the store if she’d reconnected with her family and was assured she had.  And the woman employee at the door whom I asked hesitated then turned back, looking me in the eye.

“I saw what you did.  Thank you for caring.”  Makes one wonder what she was remembering. . .

Know what?  After that experience and after reading the unknown author’s story, I believe I’ll just go right on taking the chance of offending a few folks who don’t touch, perhaps don’t want to be touched.  I believe in the power of being God’s voice, hands, arms and heart in my world.

I think there are more people than we know who have “Lonely Street” playing inside.  I think the look of surprised relief on their faces when you smile and say something – notice them – speaks volumes about our tech-overloaded, increasingly-isolated world.

I think there are times when it’s okay to have a cell-phone/tablet/iPad/laptop-free zone; a place where people talk to one another face to face.

That little toddler is now in middle school somewhere.  I wonder if she remembers the kind gray-haired man with gentle eyes and open arms who dared to care that dark night in Walmart?

I wonder if she’ll one day pay that forward.