Well, it sure got my attention.

“We call Abraham ‘father’ not because he got God’s attention by living like a saint, but because God made something out of Abraham when he was a nobody.”

Well, all righty, then.  I can identify with that.   I’ve had my share of embarrassing moments when Dan The Magnificent got t-boned by Dan The Actual.  Know what I found? 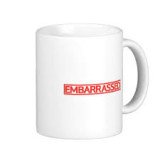 It’s a whole lot easier to grow from being a nobody into a somebody than it is to devolve from a supposed somebody into Nobody Land.  That’s rough to take.  Many a suicide derives from Somebody suddenly being demoted to Nobody and being unable to deal with the perceived downward transition.  I say ‘perceived’ because way too often they’re legends in their own minds.  Hence, the ‘fall’ isn’t very far.

See, ol’ Abe “dared to trust God to do what only God could do:  raise the dead to life, with a word make something out of nothing.  When everything was hopeless, Abraham believed anyway, deciding to live not on the basis of what he saw he couldn’t do but on what God said he would do . . . .  Abraham didn’t focus on his own impotence and say, “It’s hopeless”… Nor did he survey Sarah’s decades of infertility and give up.  He didn’t tiptoe around God’s promise asking cautiously skeptical questions.  He plunged into the promise and came up strong, ready for God, sure that God would make good on what he had said.” [Romans 4:17-21]

Ol’ Abe was lookin’ for God to do something in him.  Through him.  He was expectin’ God to, well, be GOD.

If you have the means to make something happen – money, time, ability, training, experience, connections, or a combination of them all – why are you wasting God’s time ‘praying about it’?

Abraham didn’t.  Humanly speaking, it was impossible for him and Sarah to produce any more babies.  They sat there in their matching rocking chairs, just a-rockin’ and sayin’ nothin’ for about 74 seconds.  Then they both said in unison,

They even did an exhibition of synchronized head-shaking while saying it.  People who’ve known and been around one another for a long time do that.  You’re forever hearing stuff around them like, “Psych!” or “Pinch, poke, you owe me a Coke!” or “Jinx!”  ‘Course, they probably said it in Hebrew, so we wouldn’t understand it, anyway.

Here where you and I live, ‘holy’ means maturing daily in our personal faith in God.  It means obedience:  when God speaks we do what we’re told.  Whether by some direction in the Word which presupposes we regularly read it; by an insistent sense of leading in the soul by God’s Spirit; or by the agreeing counsel of some trusted mature believers, if God says it He can be trusted to git ‘er done.

Personally, I’m thankful for a church that didn’t let me as a young man do whatever I wanted.  Churches are comprised of people.  Fallible, imperfect, sometimes insufferable people.  Mine was no different.

As a group, however, they did an admirable job giving me examples to follow as they struggled to define what ‘holy’ looks like at street level.

The other day I read that you are only what you make yourself become.  Without factoring God into the equation, that’s true.  However, plug God into whatever it is, and you’ve just entered Universe Land where anything – ANYTHING can and often does happen.

“Hey, what is ‘passionate patience’?”

You wanna take this one?

“Indubitably, bro.  We continue to shout our praise even when we’re hemmed in with troubles, because we know how trouble can develop passionate patience in us, and how that patience in turn forges the tempered steel of virtue, keeping us alert for whatever God will do next.  In alert expectancy such as this, we’re never left feeling shortchanged.  Quite the contrary–we can’t round up enough containers to hold everything God generously pour into our lives through the Holy Spirit.”  [5:3-5]

Speaking of containers, you know how in Aladdin that vendor is trying to hawk an early form of Tupperware?  Did you really have anything like that back there?

“Really?  Dude.  It’s a tad difficult to make elastically flexible clay.  And since plastic hadn’t been invented yet . . .  Gotta run.”

You got it.  Thanks.

I never quite know what to expect from him.  But then, people say that about me, too.