QTMs for 2/5/15: YESTERDAYS THAT PREP ME FOR MY TOMORROWS 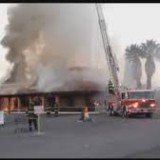 Fire can and does destroy if uncontrolled.  Life is a lot like that.  Anything you think of, if uncontrolled, has the power to destroy.  That is true of even the most pleasurable things.

Overdoing it with anything can create issues in your life.  If left unchecked, it will eventually become destructive – like fire.

So where do we draw the line between enjoyment and destructive power?

Maybe it’s not a where, but a what:  attitude.

I’ve lived long enough to look back and see evidence of both pleasant, controlled fires that offered warmth, light and atmosphere as well as virulent, insatiable uncontrolled fires that laid waste to whatever was in their path.  Seems to me what differentiated the former from the latter was my attitudes.

Among a pile of freewriting I found a few salient thoughts about one’s past and how to use it to build one’s life both now and in the future . . .

I am thankful for my yesterdays.  Looking back, I can see where God’s hand has been on me . . .

Gently guiding, His touch so feather-light I often glanced around to reassure myself He was still there.

Gripping me a little tighter when the challenges arose.  Every time they’d pop up like a carnival fun-house monster, I felt God’s firm hold reminding me I wasn’t alone.

Crickets from Heaven – God’s way of saying, “I’ve given you everything you need to be everything you want; and you know my Word and my will for you.  Walk on, son.  Your faith is strong and I’m right here.” 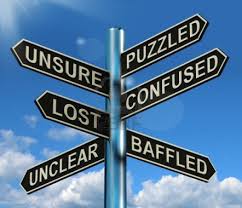 If you’re like me, your yesterdays are a checkerboard of good and not-so-some-kind-of-wonderful.  Yet they all are worth their weight in lessons learned.

Wise is the person who greatly values days and years past.  Wiser yet is the one who refuses to relive them but instead keeps their face toward the rising sun and their direction toward what’s ahead.

The Winds of Fate

One ship drives east and another drives west, while the self-same breezes blow;  It’s the set of the sails and not the gales that bids them where to go.

Like the winds of the seas are the ways of the fates as we voyage through life; It’s the set of the soul that decides the goal, and not the storm nor the strife.