Grow your own faith.  Stop trying to ride shotgun on that of somebody else.

In a nutshell, that’s what Romans 14 and the first few verses of chapter 15 are all about.  I’m guessing we’re all a lot alike in that, as kids, we start out with this personal faith deal pretty much following our mom and dad’s example. 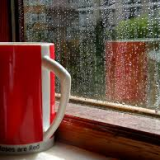 Good example, generally good results.  Bad or nonexistent example, a little rough.  At some point, we all stopped following our parents’ advice and began following their example.

There’s nothing wrong with using the safety net of, “My dad and mom won’t let me do that.”  It’s a start.  Yet that gives the idea that, “Well, I’d jump right on that in a Nooyawk minute, but my big-meanie parents won’t LET me.”

Using your church as a safety net does the same thing.  “Aw, man, I’d be right there with you, but MY BIG-MEANIE CHURCH says I can’t.”

Both parents and church are encouraged when you switch from that to, “I appreciate your wanting to include me.  That was once a weak area in my life and I don’t want it to ever be that again.  I’ll catch up with you later.”  Better yet, how about, “Nah.  Not for me.  We’ll do something together another time.  See ya.”

“Cultivate your own relationship with God . . .” [Romans 14:22]  ‘Nother words, in spiritual matters, get after growing up.

I like that word, “cultivate”.  From my earliest memory we always had a garden.  I was expected to do my part to help it flourish, learning early on that if I wanted the freedom to enjoy everything that grew there, I had to be learning how to distinguish between groceries and weeds.

To cultivate means to prepare and use land for crops or gardening.  Those words translate into action like turning soil, adding mulch from last year’s compost pile, hoeing and weeding.

And – AND learning which snakes are welcome and which bugs help keep the bug-eyed riff-raff out of the garden.

Turns out there’s a lot to this thing of cultivating.  I found out that going out there yesterday wouldn’t mean a thing if I didn’t get back to it t’day.  Cultivation is a continuous thing.

I have a brother from another momma down near Pineville, LA who used to grow the best sweet ‘taters I ever ate – with or without pecans, brown sugar and marshmellers.  I remember the first time I set foot in one of Lew’s fields.  Seems like my feet just sort of sunk down into that fine, flour-like dirt a few inches.  You get that ‘brother’ part, right?  Lew was as fine a man and goofy a friend as anyone I’d ever met – and his momma, Pansy, was as unforgettable a spiritual warrior as was my own mother. 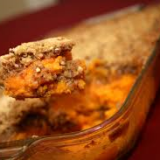 Know why it was of that consistency?  That man was either preparing that ground and soil for planting, keeping an eye on the young crops as they grew, or he was out harvesting – all the time paying attention to that soft soil.  He fussed over it.

I believe if you’d just look at that dirt funny, it’d grow eyeballs.  Son, I’m here to tell you that was some dirt, now.

It never got that way nor stayed that way by chance.  Lew spent years getting his soil to that consistency.  He cultivated that ground to produce the best possible crops.  Everyone around knew it.

I believe if you’d just look at that dirt funny, it’d grow eyeballs.  Son, I’m here to tell you that was some dirt, now.

You’re ahead of me.  I like it when you’re thinking right along with me.

When Paul wrote, “Cultivate your own relationship with God”, this is what he had in mind.  This passage – 14:22 through 15:6 – is encouraging you to grow your own faith.  Build up your own belief muscles.  That way, when the Adversary shows up, sneaking around you when you’re alone – which he always does, right? – you won’t have to worry about how to deal with it.  Or with him.

I’m suggesting you pay the same kind of attention to the cultivation of your personal walk with God as my friend Lew did to keeping his fields ready to grow sweet potatoes.  I suppose it happened at some point, but I never heard of him having a crop fail to grow.

There was one time when he came over, saying his crop was in and right at the point where serious rain was needed to help it take root and begin growing.  We’d been experiencing a dry spell as can only happen in the deep South and Lew’s crop was hanging in the balance. 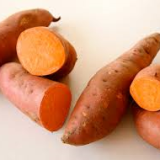 I went over to his field, walked out in the middle of all that fine, sifted dirt so hot and dry, and began to ask God to send the rain.  I reminded him of Lew’s faithfulness to His work through the local church, and of his and Pat’s faithful tithing and giving especially when they had little or nothing themselves.  I spoke to God about how hard and steady Lew had worked the ground and planted the best he had.  Further, I explained that—

(Sigh . . .)  I really need to talk with Ralph about his playing with dialects. 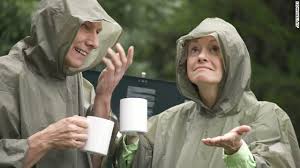 You guessed it.  The rain came, the crops grew, and Lew had one of the best harvests ever.

Point?  When Paul says, ‘cultivate’, he means your personal faith-walk is a serious thing that calls for daily work, daily improvement, daily care.  It may seem boring at the time, but when your faith comes up against a determined attack by Hell’s minions, you’ll be glad you put in the time taking care of the ground in which your faith is growing.

Others will benefit from it as well.

There is always someone watching you.