The saddest people I know are those who have stopped living long before taking their last breath. 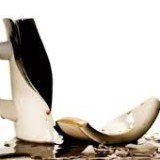 They’ve succumbed to whatever got tossed in their path.  Rather than steel their resolve to overcome, to keep trying to somehow better themselves, they’ve allowed the friction-heat from repeated rubbing against life to cauterize their souls.  Result:  no feeling.

No feeling means no empathy and precious little sympathy.  Self-worth erodes as self-pity encroaches.  Soon, faces that once easily smiled are seamed by the permanent, repetitive etching of a default joyless scowl.  Attempts at smiling are uncomfortable grimaces that quickly disappear. 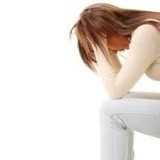 Common complaint?  “No one wants to spend time with me.  I always feel like an extra thumb, the odd-man-out.”

There’s a reason for that.  They don’t; and you are.

In the Lenten days leading up to Resurrection Sunday, I’m paying special attention to the writings of the guys who spent three years traveling with, listening to and observing Jesus.  They were considered BFFs of His.  Despite their colorful, often antagonistic personalities, their words ring across the millennia with potent depth.

Hunh-uh.  Not this one.  Different James.  Let me see your pen.

Have to cross off a brownie point on your chart.

And you’re wondering about the ‘BFF’ part.  Have you ever known brothers who had a few, ah,  serious differences of opinion?  There’s a reason James and John were called ‘The Sons of Thunder’, and I don’t think it’s because Zeb, their dad, was always in a foul, grouchy mood.  It wouldn’t surprise me if he secretly heaved a sigh of relief when they decided fishin’ for a living wasn’t for them and ran off after Jesus.  In fact, truth be known, I have it on fairly good authority that Zeb had already met with a couple of seasoned fishermen, Gammie and Moishe, because he knew his troublesome boys weren’t gonna stay in the boat much longer.

Thanks.  Here’s your pen back.  By the way, refills for those are almost as much as the pen was.

You know Peter’s sensitive, loving personality . . .   I know, right?  Listen to what he wrote to the rest of us years after the Resurrection.

“Don’t lose a minute in building on what you’ve been given, complementing your basic faith with good character, spiritual understanding, alert discipline, passionate patience, reverent wonder, warm friendliness and generous love, each dimension fitting into and developing the others.  With these qualities active and growing in your lives, no grass will grow under your feet, no day will pass without its reward as you mature in your experience of our Master Jesus” [2 Peter 1:5-8] 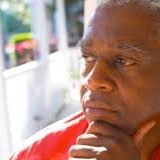 Notice Pete never qualified it.  IF you’re of the right temperament and personality or if you’ve read John Maxwell’s latest book on—

When’s a better time to start turning back into somebody others like being around than now?

Nope.  This rough, tough, grizzled former fisherman and longshoreman-turned-counselor, evangelist and author made this a general mandate to every one of us because life rubs us all the wrong way sometimes.  It’s not the rub; it’s the response.  Peter included us all in what he was saying.

Yeah.  Even the grouches.

Know what that means?  It means it’s possible for anybody – ANYONE – to turn a crotchety, negative, resentful, spite-filled attitude into a purposeful, thoughtful, positive one.

Uh, hee-YAH-uh.  Some will take a little more work than others.  Definitely.  But when’s a better time to start turning back into somebody others like being around than now?

You have a story.  We all have a story.  You may have one packed with lots of memorable and worthwhile things the rest of us need to hear.  Yet if your overall demeanor is so snotty, negatively-charged and rotten that no one wants to spend time with you, your story – unlike any other – will never be heard.

So did Peter.  So did the rest of us.  Can I tell you something?

You’re not done; you’re not whipped, it’s not over, and you are not a loser until you pull down your own flag and quit.  And it’s always too soon to quit!

Everybody’s been knocked down some.  It’s what we all chose to do once down there that made all the difference.  That’s why personal stories are so important!  So you messed up.  And those mistakes may be serious enough you can’t do anything about the consequences.

If you can, great.  Get after it.  If you can’t, learn what you can from it and move on — but don’t quit living!  Don’t give up on life!  Don’t stop trying to better yourself, to find ways to improve.  Stop spending time listening to the people who discouraged you into being The Grinch’s understudy.  Look around for people who are the kind of folks you’d like to be, and who are headed in the direction you’d like to go.

One foot in front of the other.  They may not be big steps and might be hesitant to start with, but at least they’re heading back in the right direction:

Oh–and practice smiling, too.  It’ll feel a little weird at first since you’ve been perfecting that world-class scowl.  But work on it some every day.  Trust me–you’ll like the results.

You have a fantastic smile!  Use it!