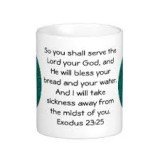 I knelt beside Glenda, my hand lightly on her back, quietly asking, “What are you praying about?”

A grating, stern voice behind me said, “Don’t you think that’s her business?”

I was 13.  It was during a camp meeting service in the old all-wood tabernacle in Clarkston, Washington, culminating in a time of prayer around that old 2 x 12 altar for healing.  Glenda was 14 at the time.  She was technically my niece, 3 months older than I; but in reality was the sister close to my age I never had.  Sweet, sincere, lovely and mischievous – and tough.  She had dealt with diabetes from a young age, quietly giving herself daily insulin shots.

When she went forward to pray, I figured that was why.  I asked, though, because she’d always been reserved in public and I wanted to be sure so I could agree with her in prayer as I’d been taught was appropriate.

The voice I’ve never forgotten belonged to an older woman who was Sunday School superintendent of my home church.  I experienced her at the time as a disagreeable, cranky, gossipy old woman whose chief joy seemed to be to routinely insert her nose where unwelcome; and lord it over others – especially young folks of whom I was one.  She didn’t like my mother, so I guess that translated to her willingness to mistreat me.  Because ours was a small church, she usually ran unopposed with an occasional other name tossed in to make things seem legitimate.  Note:  I said I experienced her this way.  She may not have been those things, but that’s how she presented to me, and that’s the way I took it.

Never underestimate the staying power of your witness.  Pieces of things you say and do will live on long after your time here is done.

I hope that woman was right with God when Time for her was up and she went to meet Him.  I do.  I’d hate to think anyone would miss Heaven because they were unwilling to give up a nasty, presumptuous, insulting habit of hurting others.

I’ll never forget her imposing herself into a quiet moment between two kids who loved each other and functioned as siblings.  The truth was that it was none of her business.  It’s been forty-nine years since that happened; yet just writing about it brought a surprising and powerful visceral reaction. 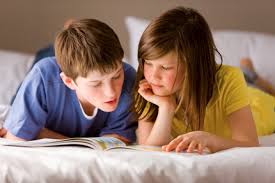 Point?  I never have forgotten the impact of her words, nor the embarrassment to both Glenda and I.  This was camp meeting, far away from the home church.  The nosey old woman had no reason to be anywhere close to either Glenda or me.

She may have been having a bad day; after all, she was probably in her senior years at the time this happened.  I remember her white hair and a slightly stooped back.  Maybe seeing Glenda kneeling there praying brought some memory from her own past to her.  I don’t know.

I do know that, at that time in my life, I didn’t care.  What she said and how she said it hurt.  And from that point on I never had anything to do with her.  I didn’t attend anything she taught and only tolerated her Sunday School ‘leadership’ under severe duress.  I was relieved when we left that town and her influence in the church.  In later years when word came of her passing, I simply took note of it and remember having the fleeting thought that she might have met God with a critical comment . . .

It was just data.  I also wondered how many other young lives she’d adversely impacted.  I don’t think I was alone.  I know I was not.

Pay attention to the care and feeding of your Christian witness.  You may think the teens teeming around and through your world are paying the same attention to you as they do the lawn mower.  Truth?  They’re keenly aware of the things you say and do.  They know your title and position, or if you have neither they are very attuned to your adult witness.  They pick up on hypocrisy and inconsistency in a heartbeat.

Anything you say can and will be used to help answer their teen-minded questions about what, exactly, an adult Christian looks like.  They’ll make up their minds based on the answers they perceive.

Glenda was healed of her diabetes that evening.  We all knew it because she didn’t need those shots any longer.  She went back home after camp, happy and wanting to get back to life without those daily shots.  I was as joy-filled as if she was my sister.

You can imagine, then, how my world was shaken when we got the news from my eldest sister that Glenda was gone.  The years of diabetes had left her physically vulnerable in other health matters, so when she was taken to the hospital some weeks later after camp, the ER doctors naturally figured she was suffering from some diabetic issue and treated her accordingly.  She went into a coma from that mistaken diagnosis and never recovered.

Point?  Glenda’s last memory of the woman was of an acid-tongued comment both inappropriate and hurtful.  I never had the chance to discuss that occurrence with Glenda before her passing.

I have wondered since then what their first meeting was like . . .

You’ve heard it.  Your talk walks and your walk talks.  But your walk talks a lot louder than your talk walks.  Virtually any adult you ask will instantly have a story about something an adult did and/or said when the one to whom you’re listening was a teen.

Situational awareness is hugely important when you represent Christ to others.  Be careful with the things you say and do.

You never know how far-reaching are their effects.