QTMs for 2/19/15: THE COST OF OVERWHELMING VICTORY

Why is it that the most important spiritual fights you ever face are vicious, dirty, desperate, no-holds-barred – and when you’re alone? 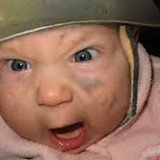 Wouldn’t it give your personal faith a booster shot when, once the fight is over and you’re laying there exhausted, bloody and wondering what that was all about – yet having won – suddenly the huge arena appears all around you, stands packed with cheering, yelling fans waving flags with your name on ’em?

Fingernails on the old chalkboard, right?  Fork slid across a stoneware plate?  Truly, awesomely obnoxious – unless it’s for YOU. 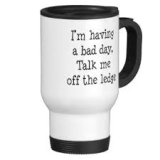 “Oh.  Well.  That’s different.  Say more.”  Comic relief; yet we all know there’s zero funny in any encounter with the Adversary.  He and his minions have a single objective in mind:  to destroy you.  And his infernal minions have nothing in common with those cute, stubby little yellow underlings from Despicable Me.

That doesn’t happen, though – does it?  “And the crowd goes wild”?  Yes, God notices.  But most people around you – even those closest to you – usually are clueless in _insert your city here_  over the huge battle that just took place in your mind, heart and spirit.

Romans 8:37.  The ‘more than conquerors’ bit.  Or, as the New Living Translation says it, “overwhelming victory”.

Yeah, that’s a nice thought.  I tolerate that kind of bravado from my charismatic brothers and sisters.  It’s kind of how they roll, right?  For me, it’s most often been like, “Lord, thanks for helping me survive another one.”

Laying there, wrung out and exhausted in body and spirit, one shoulder still propped against the wall because I’m just too worn out to move, it’s just a tad difficult to think in terms of ‘more than conquerors’.

Paul wrote it.  He had a reason.

So, in the verses preceding the whole ‘more than conquerors’ bit he writes about stuff that is right down my alley:  trouble, hardship, persecution and danger;  or, as The Message includes it, hatred, hunger, homelessness, bullying threats and backstabbing.  Now, THAT I recognize.  Been there. 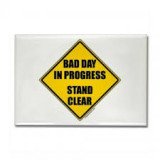 So what did PAUL mean?  What was HE trying to say?

Glad you asked.  The word pictures this veteran of the spirit wars uses to vividly portray his point are of a scarred, sweaty, bloody, tired combat veteran confidently stepping over the fallen bodies of his enemies with such regularity that he could easily have been marching across a parade ground.

Let me pick it apart for you.  Yeah.  Pulled Paul.  New dish.

Being ‘more than a conqueror’ carries a heavy cost.  To be an ‘overwhelming victor’ means, then, much more than the blithe, “We win.  Let’s have a parade!  Yay us!”

It’s said that God had to wait two thousand years for us to come up with a language exacting and expressive enough to accurately write the works that became the New Testament.  That would be Greek.

Paul knew what he was doing when he used the words he did.  By all means, we’re to celebrate the ability, with God’s help, to daily live in such a way that even when Hell tries to separate you or I and attempts to terrorize us we can consistently overcome.

Yet crusty, hardy, tough Paul would be the first to say, “Hold on, Skippy!  You’re not getting the half of this.  You’ll know you’ve been in the fight of your life in every sneak, dastardly attack from Hell.  They’re all serious about destroying your witness and taking you OUT.  Sitting on the curb waving the banner of the Cross won’t faze them.

“You must fight, but when you use God’s arsenal like you’ve been trained you not only can but will win with such regularity it’ll FEEL like a parade!”

A couple of things jump out at me, probably because I’ve worn a uniform and stood in harm’s way.

A Christian warrior wrote:    “Blessed be the LORD, my rock, who trains my hands for war, and my fingers for battle…    Psalm 144:1

We are all Sheep, according to the Bible, and we are part of God’s flock. However, there are wolves in this world who would destroy the sheep. Much evil exists in these times and there are many among us who believe we are nearing the end. I do not know.  I do know the Bible states that no man knows the coming of the Father, not even the Son. With that, there needs to be those among us who are set apart and not afraid to be the protector of the sheep. Whether we protect by our skill, thought, witness, deed or weapon, we protect and have a firm belief in God. It is not enough to have the physical and tactical skills necessary for battle.  One must be spiritually prepared as well, or uncertainty and fear will certainly neutralize your skills.”

The next time you’re reading through Romans 8 during study, stop and think about what I’ve just shared with you before pressing on.  To enable you to be an ‘overwhelming victor’ cost God nothing less than part of Himself.  God, through Jesus, came here and experienced the thing He never before had to make ‘more than conquerors’ a reality:  He experienced death, specifically finding out the true terror of what it feels like to be a human dying without God. 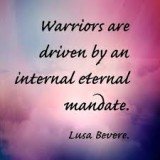 It’s why, of all the things Jesus could be doing between the Resurrection and His return, He is seated right next to God, interceding – yeah, praying, standing in the gap – for you and me.

He knows what The Spirit Wars are like.  He knows what it costs to be ‘more than conquerors’.  That’s why final port call in Heaven will be so sweet for those who serve honorably, fight nobly and mightily and are faithful to their King’s call.

I don’t know this to be true.  Yet it wouldn’t surprise me for there to be an honor guard waiting just inside the Gate, comprised of veterans of the wars of Earth and Heaven.  And it wouldn’t surprise me at all that every time another comrade in arms makes it Home, that vast honor guard comes to rigid attention and salutes their friend and brother or sister.  Remember old John?  He wrote in Revelation 21:24 that the kings of the earth ‘bring in their splendor’ to Heaven.  In my experience the finest commanders here had the most loyal, disciplined troops following them.  So I don’t think this is such a stretch to believe that those who were also men of faith wouldn’t have a contingent of their troops, also men and women of faith, standing with them in Heaven, just as on Earth.

And in addition to hearing a well-done from Jesus, I sort of expect to hear something added onto it.