Whenever there’s a One-on-one encounter with God, it’s always the created who leaves thinking, “Hunh . . .” 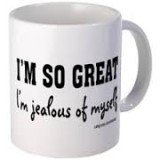 Arrogant, self-important humans eager to be worshiped and adored don’t impress Him.  Even the Church across the millennia of Time has fielded its own brand of spiritual narcissists.  I’m not saying they were or are smugly incapable of relating to the possibility of their own ignorance.  Their own conversations and actions plainly display it.

Raise your right hand and repeat it with me:  “People should admit their faults.  We’d absolutely admit ours if we had any.” 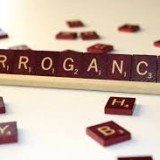 Do you honestly think God’s showing you His A-game?  EVer?  Really?  If He ever gave you a glimpse of the box it comes in, do you think you’d grasp much of it?  Think about it.  You’ve had the directions from inside the lid for millennia and are forever getting your mind, heart and spirit wrapped around the axle.  What makes you think you’re bright and erudite enough to know what to do with more?

There are so many other things Jesus did.  If they were all written down, each of them, one by one, I can’t imagine a world big enough to hold such a library of books. – [21:25]

John was there for many of those things as an eyewitness.  He didn’t set out to be a writer; that hand that held the reed stylus, dipping it in ‘black’ usually made of mixing soot or lampblack with a rubbery gum to make it stick to the writing surface, was gnarled and toughened by years of handling rough fishing nets in his dad’s business.  Fish goo under his fingernails.  Callouses.  The whiff of the water on his clothes.  Know what old John said as he wrapped up his last little letter?

Wow.  Be honest.  Even if you’re not really into all this Jesus stuff, if you had the chance to sit down and have a one-on-one interview over, say, a second cup of java, with the last surviving member of the Twelve Lads – the one who knew Jesus best, spending years being stunned by what He said and especially what He did – wouldn’t you want to hear what old John had to say about that which he was tired of writing?

After all, the ink was sold dry.  The writer had to mix it with the proper amounts of water to make ink of the best visibility.  That’s why any mistakes could be easil cleaned up with a sponge.  That’s probably also why people of that era spoke of men’s names being wiped away, removed from the Book of Life.

They all understood.  You couldn’t just pick up a PaperMate, click and go to town.  Compared to now, writing anything was a bit more involved than that.  I’m thinking it probably made John’s hand sore, writing as he did

But talk?  Son, John could talk, now.  Oh, yeah . . .  He had plenty to say and as any old fisherman can do, he could tell story after story about stuff he, James and Peter witnessed during all those trips with Jesus.

Naw.  God’s not interested in showing you or I even the bag His A-game came in.  We’re still wrinkling and crinkling over the rules, canting our heads like the neighbor’s shepherd mix when she doesn’t ‘get’ these weird humans.  It makes sense to me that God’s mighty wise here.

He’s not interested in leaving His pearls out where we in our piggish nature would disappreciate, waste and abuse them.

What He does do is watch and wait for the individual who accepts His Word as the truth it is, who is as practically and authentically as possible applying it to their daily living and working and playing.

Where God finds open and obedient hearts, He gives more of Himself.

Not until, and under no other circumstances.

And, friend?  God is beyond-naturally patient.

He will reveal more of Himself and His working to you when you’ve earned the right to receive it.  Also when He knows He can trust you to handle it carefully, prayerfully, accurately and in great love

and humility, recognizing from whence it derives.

So – it’s no small thing to spend One-on-one time with the Sovereign Creator of all that exists.  And what a hoot to hear Him gently, humorously say, “I have something new to show you . . .”

When God grins, it means something cool is about to happen.