We opened Sunday’s worship by doing an upbeat version of LIFT HIM UP.

EV’rybodeh was clappin’ own tew an’ fo’.  That’s always a good sign.  I saw a lot of smiles, some open grins and–and movement.  Swaying back and forth in time with the music, some people who shall remain nameless also bobbing up and down as if issued spring-loaded feet.  Showoffs. 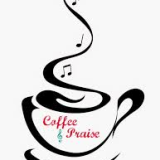 People in the balcony reserved section were getting into it.  One or two nodded their heads.  Flagrant violation of refined worship protocols.  The pastor and officials are still conferring whether it’s a Flagrant 1 or 2.

There were folks in the nonclapping section who looked pleased and were clapping.  For real.

Huh.  Gotta stop that nonsense.  Pretty soon everybody’ll be doing it, and start enjoying being in worship and inviting their friends.  THEN where will we be?

Newbies don’t know any better than to sit in our favorite pews.  Drink up all our coffee.  Hog all the conversations when they ought to know all the wisdom derives from we, the lions of longevity.  How dare those new people encroach on our established and treasured institutions?  They bubble over with concepts like innovation and new vision and letting the Holy Spirit lead.

Seriously?  Don’t they know we lead things around here?

I mean, after all, we’ve had this same circle of friends for—

“We got it.  Our toes are now appropriately tender and our backsides somewhat equally so.”

“That’s what we’re afraid of.  Where we goin’ with this?”

Ah.  Glad you asked.  The choir special with which we opened Sunday’s service basically says, “Jesus is the focal point of everything we are, say and do.”  Phrases like, “Praise Him in the sanctuary” and “Lift up the name of the Lord!” and “Come on and give Him praises!” 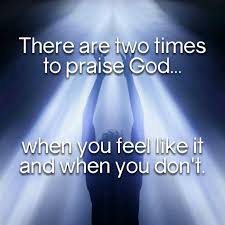 A pattern seemed to be emerging.

Jesus said if He was lifted up, he’d draw all people to Himself.  He was lifted up in every way.  The cross.  The Resurrection.  His leaving us for awhile.  According to the song, it’s now OUR turn.  It’s what we do and who we are every time we come together in His name.  We’re lifting Him up.

Well, at least that’s the agreed theory.  When we old heads of the church get incensed when someone new doesn’t recognize our pew or our position, we’re not fulfilling Christ’s mandate to lift Him up, to come to Him.

We’re lifting us up.  That’s a silly, even childish way to run a choo-choo.  And unfortunately, He still gets lifted up by

“And I, as I am lifted up from the earth, will attract everyone to me and gather them around me.” [John 12:32]

Let me point this out again.  Jesus never said everyone would receive Him as the Christ.  He went so far as to say some would openly hate Him.  He said IF He was lifted up – which He was – He’d be the focal point of all men for all Time.

And He is.  Hate Him if you choose.  Use His name as a vile epithet or a casual, care-less swear word.  Or honor Him as the Christ of God, as the Bible identifies Him.  It really is your choice.

Take Jesus or leave Him.

What you will never, ever pull off is to ignore Him.

You see, no matter how you feel about Him, He loves you.  The Cross and Resurrection and His eventual return?  Those are all about you.  The first two of those events occurred and the third will, too.  They were all planned with you in mind.

So.  Hate, cuss, kick His teaching and truth to the curb, ignore Him, make fun of Him, or love Him and receive His forgiveness.  All of that is entirely your choice.

The consequences, however, are not.

I’m suggesting that even if you’re doubtful about all this Jesus stuff and don’t personally know Him yet, lift Him and His words up anyway.  Respect ’em. Yeah.  As if.

Lifting up Christ instead of ourselves is a good habit to create.  And by the way, He also said upon the foundation truth that He IS The Christ, the Son of the Living God, HE would build His Church.

Bishop Denney taught several centuries ago that you cannot at the same time prove that Jesus is Lord and you are clever.