EACH DAY IS A NEW DAY – from Mountain Wings

I sat absorbing these thoughts.  As I watched the video, my musician’s mind at first tried to elbow its way to the head of the line:  “That music is pathetic,  impossibly 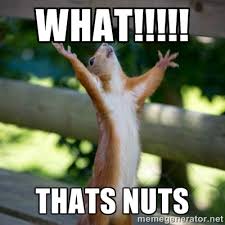 repetitive and disgustingly spliced.  What were they thinking?”

I managed to repulse this determined attack.  You see, my attitude’s attitude sucked, and I wanted NOT to be talked out of it.  I’d worked up a nicely-crafted snit and wished to give it license.  A ticket to ride, so to speak.

Fortunately, I chose to attend to the more thoughtful of my varied and engaging personalities as they agreed:  “Pretty sharp to include not just boringly-repetitive music, but done in such a way as to make it apparent by not carefully counting the ending measure.  It’s guaranteed to irk the snot out of anyone with any musical ability, thereby separating the irritable nonlistening types from those willing to think again and consider what they’re reading.”

Here’s the piece, followed by the video.  Be blessed today – and give some thought to what you’re observing.

It was very early in the day but I was a little miffed. The feeling was left over from yesterday. You’ve had those  days where something that happened still left you feeling upset,  angry, hurt or emotionally drained.

Today was one of those days. I went back to bed to perhaps just rest and get my mind and  spirit settled. Then I heard the voice. You know, “that voice.” Call it what you will but it’s the voice that has always  guided your action and conscience to do the right thing. It spoke, “Each day is a new day.”

I understood. The stuff that happened yesterday was gone, it was over but it  wasn’t over in my mind. Yet I had been granted an entirely new day. The old stuff was gone and only stayed alive in my mind.

Each day is a new day. I let the thought sink into my spirit and I felt the negative  feelings begin to fade away and be replaced with peace. I then  realized that I had a new way of looking  at everything and everyone.  I understood the awesome power if we truly digested these six  words.

I also knew that I (and you too) needed to be reminded  each day that today is a new day. Grasp these hallowed words and do not let  stuff of the  past ruin your present and future. Each day is a new day.