Anyone mature enough to remember when electric car windows were a luxury knows it.

Rebellion is nothing new.  Rebels have been around forever.  Well, okay, maybe not forever.  The Original Rebel was created, so he has a beginning.  And don’t you know that galls him right in the short ribs to know he’s part of God’s created order just like you and I?

Goofy girls go after them just as often as aimless, lonely goofy guys try to be like them.  Happy Days and The Fonz.  Welcome Back Kotter and Barbarino.

Rebels.  Pfffft.  Fortunately, that silliness blows over after graduation, right?

If you’ve been a spiritual rebel for awhile, straight talk is probably what you most need.

“But I need something more!  For if I know the law but still can’t keep it, and if the power of sin within me keeps sabotaging my best intentions, I obviously need help!  I realize that I don’t have what it takes.  I can will it, but I can’t do it.  I decide to do good, but I don’t really do it; I decide not to do bad, but then I do it anyway.  My decisions, such as they are, don’t result in actions.  Something has gone wrong deep within me and gets the better of me every time.

“It happens so regularly that it’s predictable.  The moment I decide to do good, sin is there to trip me up.  I truly delight in God’s commands, but it’s pretty obvious that not all of me joins in that delight.  Parts of me covertly rebel, and just when I least expect it, they take charge.

“I’ve tried everything and nothing helps.  I’m at the end of my rope.  Is there no one who can do anything for me?  Isn’t that the real question?

“The answer, thank God, is that Jesus Christ can and does.  He acted to set things right in this life of contradictions where I want to serve God with all my heart and mind, but am pulled by the influence of sin to do something totally different.

“With the arrival of Jesus, the Messiah, that fateful dilemma is resolved.  Those who enter into Christ’s being-here-for-us no longer have to live under a continuous, low-lying black cloud.  A new power is in operation.  The Spirit of life in Christ, like a strong wind, has magnificently cleared the air, freeing you from a fated lifetime of brutal tyranny at the hands of sin and death.

“God went for the jugular when he sent his own Son.  He didn’t deal with the problem as something remote and unimportant.  In his Son, Jesus, he personally took on the human condition, entered the disordered mess of struggling humanity in order to set it right once and for all.”  – [Paul, somewhere around 57 AD, Romans 7:17-8:3] 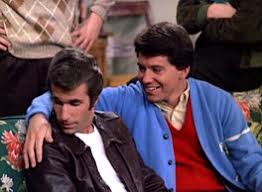 Rebellion cost Lucifer and every spirit-being dumb or ambitious enough to follow him all that Heaven and God’s limitless Universe is.  Don’t think rebellion against God will cost you or me any less.

No matter how popular rebellion now seems, it comes with an impossibly high price tag.

No matter how many others joined you in your heart-pounding, exciting foray into rebellion’s thrills, they’ll all be absent when you step up to pay the bill.  Spiritual rebellion’s not nearly so much fun when you’re called out alone to answer for it.

Because of Jesus you don’t have to.  If you’re a bit of a rebel, I’m suggesting you look into Paul’s writings in Romans.  Doesn’t get much straighter than that, and if you’ve been a spiritual rebel for awhile, straight talk is probably what you most need.

Paul says it a lot better than I can.  But I’m always willing to listen and give feedback when asked. 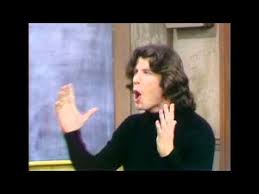 Oh, yeah.  I used a little artistic license.  No, I don’t know if angels have ribs.  Note:  NOT the same question as, “Are there ribs in Heaven?”