Somebody I love is being unfairly accused and harshly treated.

The accusers know it’s unfair.  They also know they’re taking the easy, convenient, PC route, playing dogpile on this one for whom I care.

“Due diligence”?  That’s amusing.  It would seem ‘due diligence’ has become a euphemism for what insurance companies do to exhaust all possible dodges before being legally forced to pay legitimate policyholders’ claims. 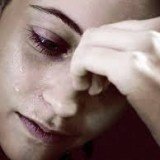 Otherwise?  Look only far enough to pick out a patsy.  Then pile on.  Sure.  It distracts everyone from what’s really going on.

Dogpile was such fun!  It was one of those rough-and-tumble games we boys played outside during recess.  Umatilla, Oregon grade school.  Mrs. Draper’s 2nd grade.

Rules?  Pretty basic.  Our playground was covered in small gravel.  Rocks.  We had all the normal equipment:  swings, slides, maypoles, tetherballs, merry-go-rounds.  We played catch, foursquare, dodgeball and whatever else our minds came up with.  During any of those games, if somebody fell down, those nearest would yell, “DOGPILE!” and every guy within hearing would jump on the guy who was down.

Other than the first couple of bodies, the kid on the bottom rarely felt anything and was never hurt.  We didn’t allow that.  We always got right back up, brushed ourselves off, and took off playing again.  Yes, we all took our turn being under the pile, because everybody falls down sometimes.

For those of finer sensibilities who think this offensive:  this was back when we were allowed to be boys and girls.  We were country kids, toughened by chores and climbing trees, skinning our knees and elbows and hearts; dealing with farm animals, stray dogs, one another and bullies.  We had parents, not best buds.  We competed in just about everything.

Was it a good thing to fall down on rocks, even little ones?  Nope.  Was it pleasant to have 5 or 10 raucous, rollicking friends joyfully jump on you when you were unfortunate enough to fall down?  Nope.  Did we get over it, learn things from it?  Yep. 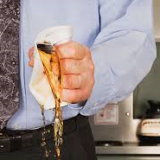 If you’re at least as old as most mortgages, you’ve been both patsy and part of the pile.  Alliteration works but can become tiresome.

You became a patsy because a supervisor or boss didn’t bother getting below the surface and seeking out the facts.  Instead, they looked at what was convenient.  They may have even looked at that toward which an agenda-driven coworker pointed them.  Truth?  Nope.  Real?  Nope.

Having one’s motives and work questioned without reasonable cause and without making the effort to find the truth wounds the soul.

Convenient and giving the illusion of leadership?  You bet.

If you’re in a position of leadership, one hopes you’ve never succumbed to making a patsy of someone who didn’t have it coming.  If you have, I hope you stop short of ever allowing yourself to do it again.

Being a supervisor involves service and responsibility, not mere privilege.  True leadership involves making decisions based on the best available information, not merely because you’re ticked off and don’t want to be bothered with pesky details.  It also involves trusting coworkers who know their stuff and exhibit consistent excellent performance.  Further, it involves accountability for those who don’t.  Forcing the former to pay for the lousy showing of the latter is sheer incompetence.

Having one’s motives and work questioned without reasonable cause and without making the effort to find the truth wounds the soul.  It makes even the most dedicated worker want to expose those trying to hide their duplicity and laziness.  And that’s tough to do because such non-workers spend too much time on the clock cultivating ‘relationships’ so they appear ‘in’ with those in charge.

Oscar Wilde:  “I can stand brute force, but brute reason is quite unbearable.  There is something unfair about its use.  It is hitting below the intellect.”

“Brute reason?”  Right.  Popular reasoning.  Mobthink.  “We all agree; therefore, it must be right.”  If James were to sound like John Wayne, he’d huff through his nose and say, “Not hardly.”  Jesus’s little bro wrote, “In fact, if you know the right thing to do and don’t do it, that, for you, is evil.” (4:17)

We’ve all seen this in play, no matter where we work.

This was in my inbox this morning.  It’s Psalm 4:4-5 from The Message:

“Complain if you must, but don’t lash out.  Keep your mouth shut, and let your heart do the talking.  Build your case before God and wait for his verdict.”

God’s not deaf, dumb, blind or stupid – nor has He developed the onset of selective Altzheimers.

When pastoring, I at times found myself in situations where my instincts told me the source(s) of church trouble.  To speak it would run afoul of certain families believed above criticism or censure.  I began applying the wisdom of Psalm 4:4-5, praying for GOD to expose the culpable and their work in ways all involved could clearly see.

Let’s just say if somebody God loves and who loves Him in return has to start praying that way because they’ve become someone’s convenient target for DOGPILE and no one’s stopping it?

Be prepared for some embarrassing revelations.  It can get rough.

God keeps flawless records, is very thorough, and the process is painful to watch.  There is a rhythm to what God does, not always apparent to us.  Nevertheless, His grace is always at work in behalf of His people.

It’s a colossally bad idea to keep pounding on His people because they don’t seem like they’re fighting back and seem willing to keep putting up with it.  They’re fighting, all right.  But the powerful weapons they use are of a sort about which their pounders know nothing.

Dogpile was fun as kids.  After you grow up?  Nobody’s laughing.