“The fundamental fact of existence is that this trust in God, this faith, is the firm foundation under everything that makes life worth living.  It’s our handle on what we can’t see.  The act of faith is what distinguished our ancestors, set them above the crowd.” 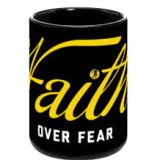 A fact is the truth about a matter.  Truth never changes according to your ability to stomach it.  As Arthur Conan Doyle put it, “When you have eliminated the impossible, whatever remains, however improbable, must be the truth.”  I’ll remind you that we’re talking about GOD.  You know, with Whom NOTHING is impossible . . .

Doyle also pointed out that any truth is better than infinite doubt.

It’s what I call uncertain certainty – being absolutely, positively convinced you don’t know for sure what to believe.  And that, friend, is an excellent way to let life happen to you versus making life happen because of you.

“Well, but you don’t know what I’ve been through.”

I’d like to at some point.  Listening to other peoples’ stories is one thing that makes me so good at what I do, who I am.  With respect, however, I don’t need to know any specifics.  I know you’ve had your trials because every biped on the planet older than a loaf of bread has had them.

No.  I’m not.  I’m saying if you and I were to agree to trade life trials for a week, by Tuesday afternoon we’d both be wanting to meet and call that deal off.  Lou Holtz said,

Fact:  you’ll have trials in this life that you’ll either overcome or they’ll stomp your desires and initiative into icky, nonproducing mush.  It’s totally up to you which it’ll be. 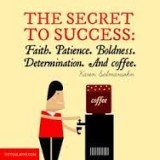 Are you sure?  I don’t intend to waste this.  If you won’t pay attention to it, I’ve already prayed a lot of people reading this will.  Remember:  one piece of my contract with every 2nd Cup reader is to challenge you on to personal and spiritual excellence.  So–hang on.

I can be CEO of any company you choose.

Yes.  Chief Encouragement Officer.  No one can do that better than I can because no one has my specific, individual combination of things that make me so good at what I do.

As an Intuitive, I pick up on things you’re not saying; often the most important issues causing you to hesitate, to accept mediocrity in yourself.  Military man, pastor, hospital chaplain, near-death survivor, a world-class listener and an insightful, fun, sometimes irritating writer:  those things that God has laid before me combine in a unique way to make me a resource worth including in your day.

I use ‘excellence’ in place of success; I’d rather encourage you to excel than merely to succeed.  Excellence is a matter of doing each day what you do best and not worrying about what those around you are doing.  You carry excellence or failure inside; it never, ever depends on others.

Here’s the real point:  Being an encourager?  SO CAN YOU.  All it takes is applying yourself to genuinely caring about other people and looking for the greatness in them.  Helping them “be loyal to the Royal in them.”

It really is all you.  You must realize this as one of those facts I mentioned earlier.  You create your own system, your own set of goals or you’ll wind up fulfilling those of someone else.  That’s a fool’s errand, because then you’re constantly trying to shape yourself to fit somebody – maybe everybody – else’s expectations.

I don’t care who they are or how impressive they may seem.  If they’re forever trying to pull you their way while never stopping to listen to your way and wanting to push and help you attain your dream, your own excellence, it’s time to reevaluate why.  Words distract; actions plainly speak. You can spend a lifetime carving and sanding yourself to meet someone else’s expectations.  Guess what happens?  Soon there’ll be nothing left of the YOU God made you to be.

You’re only supposed to compare your place, your plan and progress with God’s will for YOU.  It saddens me to watch talented, solid people stuff their abilities down inside themselves and hide some of who they really are because they wait for, and even depend on others for their security.  Instead of making their own decisions based on what they KNOW they’re capable of doing and being, in ignorance they rely instead on the opinions of those with whom they surround themselves.

It grieves me to see you hide some of your best stuff because you’re unsure it’ll be used and appreciated.  I’ve been there.  I know the keen bite of Uncertainty’s blade as it cuts off some great things before I ever tried them for no reason other than what someone else might think.  I know the discouragement of letting another’s opinion stifle what I know I have inside me, what I am sure I can do and be.

That’s a huge risk I do not want you to take.

“Okay, your words are stinging a little, but I’ve been needing somebody to say this to me.  Where do I start?”

Don’t try to be me.  Never try to be anybody else.  You relinquish three-fourths of the ‘you’ God created you to become by trying to be somebody else.  The most vital thing you can be doing right now is to stop and think:  if I’d never listened to those around me who said, “Oh, you can’t do that” or worse, “this is what you ought to do”, what would I be doing?  Who would I be being?”

I decided to be an encourager, to develop greatness and promote excellence in others.  I chose to invest in people, because I’ve found they have a way of becoming who and what you encourage them to be and do.

Stop.  It doesn’t pay me at all right now – but it will.  God’s going to see to it because I’m in this for Him.  He’s the one who kept me around and set me doing this.  I didn’t start this with a paycheck in mind.  I believe a man is worthy of what he gives.  Yes, it costs to keep this website going; it costs to write well, and there’s an eventual cost to effective publishing.  Sure, I’d like to make a comfortable living by writing and speaking the same type of encouragement I’m offering you, by listening and observing and letting good people know I care and believe in them.  A good man tends to make other men good, too.

Paul wrote in the first few verses of Ephesians 6 to “work with a smile on your face, always keeping in mind that no matter who happens to be giving the orders, you’re really serving God.  Good work will get you good pay from the Master.” 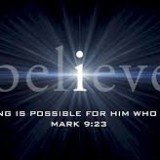 I’m depending on that, expecting it, because I’m acting on my faith.  I’m doing my part in writing, speaking and teaching every chance I get and in every way I’m able to lift, edify, encourage, and, yes, to challenge you on in your journey toward personal and spiritual excellence.

You asked where you start.  I never give advice; you know that, right?  I do offer suggestions.

1.  Rethink your closest friends.  You are the result of those with whom you most often associate and what you read and watch.  If those in your ‘closest circle’ don’t lift and energize you to reach for your highest potential, find some who do.  Love the others, but assure your closest friends are the kind you want to be like, and are either going or are already where you want to be.

2.  Reset YOUR dream, starting right now.  If you’ve been busily helping someone else make their dream work, that’s admirable.  There’s value in helping others get what they want.  However, someone needs to be focusing on who and what YOU should be being and doing.  I think that ought to be you and no one else.  Past experiences, age, health, financial situation:  “Let it go.”  Sit down with a blank pad and begin fresh, starting right now.  Prayerfully map it out.

3.  Reestablish your daily priorities.  Schedules change.  Life experiences make shifts in the way you do things, and in the time you can best make them happen.  Do this with you and your present situation clearly in mind.  Set times and frequency according to who and what you NOW are.

Then, my friend:  begin putting feet to your faith.  Act on what you’re believing.  Let God be God; He’s going to be anyway.  Honor His immense, limitless resources and stunning creative genius by daring to boldly go where—- Hey.  There’s that music again —- you may have wanted to go but never did.  Leave the means and timing up to Him, but as much as it depends on you, get to it!

Honor God by acting in faith, and He’ll honor you in fact.