Time and trials demand that character work its way to the surface.  That’s the only way one’s true character shows itself. 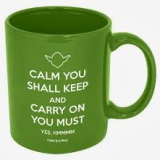 In a Facebooky world all a-Twitter with this or that pap, ‘pressure’ lasts about as long as a chickadee’s attention span.  World-shattering events alter entire destinies:  coming in second on Candy Crush, for instance; or a new gluten-free spaghetti recipe that, sadly, didn’t turn out exactly right.  A cute picture or 15 of your cat doing, you know.  Being a cat.

It’s embarrassingly shallow, though not in trivia.  We exist in a constant info-overload.  The one constant of social media is this insane glut, this factoid tsunami of STUFF.  It’s not the unavailability of information.  It’s the operating system that’s deficient.

I believe there is in our world a pandemic crisis we dare not overlook:  a crisis of character.  Anywhere you look, any discipline you choose – it’s as though all moral and ethical restraint has been thrust away and the drift away and down is being everywhere welcomed.  Perhaps even sought.

Unvarnished evil and wholesale depravity exist in our world to such degree that I’m amazed there are still those who think Satan a myth.

We need not look very far to see Evil’s waste strewn helter-skelter, promising lives ruined and many a hope laying cold and still, festooned with depravity’s poisoned arrows like a hideous caricature of a porcupine.

I’ve been around.  Several times.  I’m what’s politely dismissed as “a senior”.  Barristas younger than my socks glance pityingly at me, awed, I suppose, at how one so ancient can still walk, let alone form a sentence.  I’ve seen my share of the effects of human depravity.  By the time I’d spent a year serving in one of my city’s Level-One trauma facilities, I had few illusions left as to the depths of man’s self-centeredness and willingness to maim and kill minds, spirits and bodies to satiate his appetites.

There seems to be no limit to the multidimensional expansion of human beings in the insistent, instant-gratifying pursuit of “what I want right now!”  It’s the moral equivalent to driving Wichita’s Kellogg at rush hour.  Any rush hour.

All a real Christian needs to do is show up. 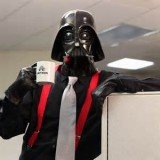 Impossible it is to scan news of any sort without seeing Evil’s effects.  Hmmpf.  Easy it would be to toss up hands and just say, “Surrender to The Dark Side we must.  Resistance, as McBorg boringly says, futile is.  Yes.”  Admit it.  You just said that in your Yoda voice.  Oh, yes, you did.

Ever notice something?  All it takes to frustrate those desperately wishing to ignore God, His law and the existence of Good is one authentic, joy-filled, determined God’s kid to prove different.  The real ones don’t go hunting for that kind of notice.  Don’t have to.  All a real Christian needs to do is show up.

His mode of living, fair-mindedness and clean language will be instantly apparent.  Her decency, work ethic and interior beauty will be quietly noticeable.  By paying attention to the rules and honestly trying to do what’s right in every situation, a Christian’s witness will show itself every time.

I am one of those.

I choose to live for and walk with God.

Simple?  As The Duke would’ve drawled, “Not hardly.”

Flawed?  Imperfect?  Assuredly.  My intentions buy tickets to ride, but sometimes they’ve rarely left Heart Station before my own human foibles and inconsistencies render them suspect or maybe even unworkable.  I don’t like it and I work at not making excuses for being less than perfect in my daily quest to live as real as I can for God.

Jesus said the pure in heart will see God, not the perfect.

There are no perfect men and women in this world; there are only perfect intentions.  And since only God reads my heart, my mission – should I decide to accept it – is to daily live in obedience to what I believe God expects in, of and through me.

I find the directions for that in the Bible.  I’m joined by countless millions of authentic Christians, each showing up and letting His light shine through them.  We’re each quietly – okay, in some cases not so quietly – doing our jobs as ethically and morally level as we can, giving the lie to those who want to believe it’s not possible

And when wrong is clear and must be confronted, authentic Christians always try to do so thoughtfully and with grace.  They also usually have the interests of others besides themselves in mind as they take a courageous stand for Right.

How do I know?  Inconsistency.  Right says, “This is my preference.  Sure, I’d rather you did/said/thought differently and it’s disappointing you don’t, but you have a right to your own choice.”

Wrong says, “I choose this.  You have to do/say/think this way, too.  If you don’t, we’ll destroy everything about you that we can.  We’ll lie, cheat and steal to make it happen while accusing you of the same.  You must tolerate us while we are busy undermining, misrepresenting and making life miserable for you.”

All you need do is look around to know it’s true.  Well, and listen to the howling of those who suddenly got real defensive . . . loudly trying to convince you Satan isn’t real, and Evil and Wrong are the natural and inevitable result of normal people everywhere.

Choices have consequences.  You are free to choose.  You are unfree to cherry-pick the certain consequences of your choices.  That’s why choosing how one will live is so crucial.

I chose long ago to walk with and for God.  I still make that choice every day.  I’ve never been sorry I made Jesus Christ Lord of my life.

My task is now to never make Him sorry He accepted me.

I love you, and I believe in you.