Since The Inquisitor never flinched at testing Jesus, what makes you think he’ll hesitate before testing you? 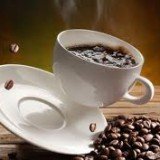 Satan, the deceiver and Adversary of your very soul, is whatever he needs to be to ruin your day.  His design is to get you to surrender your soul so he can ruin your eternal destiny.  So, yes, he’s all those things.  In many cases, the word you and I translate as ‘test’ can also mean ‘tempt’.

I’m not using them interchangeably this morning.  Some individuals never get to be seriously tested because they never grow beyond temptation level in their faith.  They even make jokes about it.

“Oooh, I’m SO tempted.  You think they’ll miss one of those off the plate?”

Jesus’s little brother James paints a word picture of that when he says that God doesn’t set anybody – anybody – up to be tempted.  He says we tie the lure onto our own line, toss it out there and troll it right past our own eyes and imagination, and . . .

I know.  You’re thinking, “Okay, that’s just lame.  Who’d be dumb enough to go after something they know hurts them?”

The same ones who are dumb enough to go back after something they know hurts them.  “Whee-ee-ee.  That was fun!  As soon as I get my mouth healed up from all the hook barbs, I believe I’ll try that aGIN!  WOO-hoo!”

Remember:  he couldn’t STAND being around God.  All that PRAISE and WORSHIP and CELEBRATION?  All that bowing at His feet and laying crowns before Him, recognizing HIM as Creator and Sovereign of His Universe?

BLEEEECCCCCHHHHH!!!  He wanted all that for himself, right?  Challenged God.  That right there shows he’s defective and ain’t got all his punkin seeds planted, neither.

So how about we get rid of the middle guy?  Quit inviting him.  Stop listening to him.

How much better do you think your day will be?

I say, let’s go for it.  He’s managed to waggle his way into stuff that’s none of his business long enough.  He’ll still show up.

We don’t need to make him feel welcome.