Ever get the feeling somebody you’ve tried to snow knows a lot more about you than they’re revealing?

In prepping a recent Quiet Time Musings episode, I looked up a snippet of OT verse.

Old Sam had reached the end of his tether.  Cashin’ in his chips.  Hangin’ up ‘is spurs.  Takin’ his last ride. 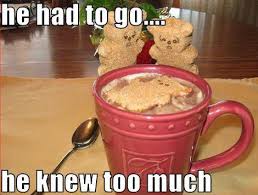 When somebody’s dying and they know it, their last words are mighty important.  ‘Old’ wasn’t part of Sam’s nickname.  He really was old.  He’d been bein’ around for quite a spell and knew it was his time.  He understood he wasn’t long for this world.

He’d spent his entire life knowing the folks around him.  He was one of them ‘go-to’ kind of guys who always seem to have wise counsel.  Trouble was, he had a pesky little thing folks around him called ‘conscience’ but that he said was God’s Spirit that told him stuff.

Yeah.  It was wise counsel if you were looking for the truth.  Huh.  One of those …

If the folks around him wanted to hear what they wanted to hear, they’d figured out to never go ask Old Sam.  That wasn’t how he rolled.

What I’m tryin’ to say, here, is that Old Sam had made more’n a few folks mad at ‘im, haulin’ off tellin’ them the God’s-honest truth when they really wanted him to shade things a little.  ‘Nother words, they wasn’t p’tickyalurly upset when they all heard Old Sam was gettin’ ready to ride acrost the Rio Grande.

But bein’ supposedly God-fearing men and women, they all gathered ’round as he gave ’em his last words.  I s’pose you could say it was a social event, Old Sam headin’ off inta the sunset.  A lot of folks would breathe a little easier knowin’ Old Sam’s knowin’ and discernin’ self was finally gone.  That never stopped ’em from crowdin’ in close to hear him have his final say – ‘specially Gertie Frume who did all the women’s hair up and tore folks’ reputations down at the same time.  She was a mite skosh on new material, it seems.

I know.  I got you in suspenders.

Old Sam said a lot of other stuff, but after all the disparaging things – downright badmouthin’, if you want to just get right down to it – the folks had said, they was all uneasy, wonderin’ what, zackly, he was gonna say with his last few breaths.  Well, here ’tis . . .

“As for me, far be it from me that I should sin against the Lord by failing to pray for you.”

Gertie’s mouth dropped open like the trap door of the gallows up the street outside the courthouse jail.  “Did ah just heah ‘im raht?”  Her whisper was a little raspy since she’d just hustled acrost the street from another marathon tongue-run about—well, it didn’t really matter who it was about.  At one time or another she’d had her nose in ever’body’s business, which just sort of natcherly got ‘er mouth involved.  It didn’t never have no filter, seems like.

Along with everybody else standing around, she was feelin’ mighty low and small about then.

See, Old Sam had been the Parson around those parts.  He knowed – knew – jist about everybody a lot more than they all liked.  He wasn’t known for bein’ soft around the edges when it came to confrontin’ the stuff in their lives that hadn’t oughta be there.

They all figured they was in for a little more tongue-lashin’ hellfahr.  Fire, I mean to say.  And more’n one slanted ‘is eyes over at Gertie the Gossip.  But their eyes all clicked back to the front when Old Sam cleared ‘is throat.  Go ahead, Sam.  I figure I got a righteous hidin’ comin, knowin’ some of the things I done said about ya . . .  So more than one head was bowed and several shoes were scuffing the dirt.  They’d have had their hands in their pockets if them robes had pockets.

See, these were the Israelites.  Yeah– “Oh, THEM.”

None of them were prepared for the guy they’d loved to hate for interfering in their fun to love them like that.

There was nothing judgmental in it.  He was telling them straight:  “No matter what, I will go right on praying for you.”

There was plenty of reason for him to fillet them.  They’d made turning their backs on God an art form, and more than a few were in qualification for Hobbyist.

We’ve all been there, haven’t we?  And some of us are fairly high up on the social and spiritual food chain.

Does it bother you that there are people who pretty much have your number who are nevertheless nice to you?  People who you may think you’ve snookered, when all the time God’s been revealing things about you to them you’d just as soon they didn’t know?

There are more of them around you than you realize.  Most of the time they don’t reveal themselves because they don’t use what they know about you to hurt you or destroy your witness.  They use it to inform their intercession for you.

Yeah.  They’re praying for you.  Those times when it seemed like serious trouble was inevitable and at the last minute things converged to make it okay again?  Somebody was praying for you.  Those times when you were dead-certain you knew what you were doing, had the whole thing mapped out in your mind and everyone’s script laid out for them – and suddenly it all fell through?  Remember how you were so enraged you ground your teeth, only to find out how horribly it all would’ve gone had you pushed on with it, anyway?

You get the point.  Somebody you took for granted, probably joined with Ms. Motormouth Gertie in making fun of and toward whom you were embarrassingly condescending?  They were quietly praying for you.

Intercession is more than asking God to bless the food.  Intercessory praying is the kind that steps between the one for whom you pray and the threat.  It has the effect of a predator chasing a defenseless and frightened person, only to have an armed warrior step out, sweeping the prey behind him.

God stands inviolate, immense, imperturbable and eternal.  His position was, is and will be forever.  His Word stands strong and sure.  No one – nobody – who has ever depended on Him has been forsaken.

It’s HIS power and limitless ability that answers when somebody He knows prays.  Therefore, there’s nothing anybody can do for you that has more awesome, breathtaking, jaw-dropping Eternal value and Universal potency than for them to be praying for you and your situation.

Hell itself cannot stop one of Heaven’s warriors when they pray.  Satan is impotent where Godly hearts are in prayer.  He canNOT stop the praying of God’s warriors from reaching Him.

Every being in God’s vast Universe knows this is true.  All of ’em!

Okay – in editing this, I need to say this again.  In light of all of the Hellish, grim death, despair and induced lawlessness that permeates so much of our nation right now, you need to understand this:

It’s GOD’S power and limitless ability that answers when somebody He knows prays.  Therefore, there’s nothing anybody can do for you that has more awesome, breathtaking, jaw-dropping Eternal value and Universal potency than for them to be praying for you and your situation.

Hell itself cannot stop one of Heaven’s warriors when they pray.  Satan is impotent where Godly hearts are in prayer.  He canNOT stop the praying of God’s warriors from reaching Him.

Every being in God’s vast Universe knows this is true.  All of ’em!

So when you’re hunting for something of significance to add to your resume?  Write, “I believe there is limitless power in Godly people praying into and over situations, no matter how they seem or look.  I am a person of prayer and see ultimate value in praying.”

Think about it.  There’s nothing going on in your heart, home, church, workplace, city, state, country or world that will not bend to God’s will and response when His warriors use the weapons He issued us:  His Word, and our active praying.