This isn’t a story about a lovely young Indian woman, ostracized from childhood by her people, destined to be alone, never know love or be loved by anyone.  It’s not a heart-squeezing, tear-jerking tale of this winsome, talented young lass tossed into life’s dusty corner by thoughtless people rushing by in pursuit of whatever it is that’s crucial right now. 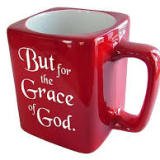 It was the day after Christmas.  I was outside, the air chilling me while I was bringing in some more firewood.  I’d brought in one armload and was heading out for another when I heard him.

Some say there’s a part of every man that remains the little boy he was.

Ever since early boyhood I’ve been fascinated at the flight of what we called Canadian honkers.  It never made any difference what I was doing when I either saw or, most usually, heard them.  I stopped and stood and watched, eyes skyward, until they were out of sight.

Some say there’s a part of every man that remains the little boy he was.  Must be true.  I immediately stopped, looking, scanning the sky as I listened:  I can do this.  Others have done it.  Others have been alone—  Hey, where are you?  Where’d you guys go?  If you could just slow down a little, I could catch up.  I’d like to be with somebody, too—  and made the effort.  I can do it, too.  I’ll find somebody.  I will.  I will.  I will.

There he was.  Probably a young guy, brash in his ganderly ability to move those powerful wings and catch up at any time.  “Be right with you guys.  One more mouthful of munchy stuff…”

Or maybe he was a little long in the beak, having made many such migratory trips with his mate.  Only his mate isn’t there any more.  He’s by himself for the first time.  The migration just isn’t the same; the old joy he always felt at taking wing with The Group and heading north or south was muted.  She’s gone and I’m making this trip by myself.

Someone told me in my chaplain days, “When you’re suddenly by yourself, holidays are hell.”  I stood quietly, just listening between the words.  His isn’t the first such tale I’ve witnessed.

May I whittle it down to a few salient observations they seemed to have in common?

A good friend and fellow professional had just been t-boned by one of ‘those’ divorces.  Because he was a medical doctor and well-known, there was no one willing to be his friend.  Well, except me.  I asked no stupid questions.  I assumed nothing.  I’d just show up two or three days each week and say, “Come on, we’re going to lunch.”

We had him over for dinner almost nightly for awhile.  This went on for months.  While people who should’ve known better – including many in the church – were busy blaming and being world-class gossips, we kept quiet and just kept loving him, doing what we were able to help him be steady until with God’s help he began to heal.

What do you suppose would’ve been the result had I told my friend, “Let me know if . . .”?  Right.  ZZZipUH.  Think about it.  That person’s grieving because they’ve just lost somebody once part of their life.  Grieving is grieving.  Look around.  Some yard work?  Wash their car?  Laundry?  Who’s ever turned down a restaurant gift card?  How about fill their car with gas?  Take ’em for coffee and pray with ’em.  Nab their shopping list and go take care of it.  List is truly endless, folks.

I could continue.  I think you’re catching on.  It’s when people are at their most vulnerable, most lonely moments that you least suspect it.  They don’t make a big deal out of it.  They just disappear.

Don’t let that happen to somebody you call your friend.  Just don’t.

He’ll make it.  He’ll eventually catch up with somebody who’ll care and dispense with all the New Guy Tests Before We Let You In junk.  They’ll be the winners, along with him.

Don’t assume taciturn loners are that way because they’re somehow bent.  There’s always a story there if you take – okay, make – time to listen.

I know this to be true.

But that’s for another time.  And Lone Goose?  Have a good flight.  You’ll find them.  You’ll find them because you want to, you know what you’re looking for, and won’t quit until you do.  Some of us humans could take a lesson.