I felt the roiling in my stomach; I was halfway to throwing up.

On this morning’s news headlines, a well-dressed young woman responded to a reporter’s query:  “I don’t see a thing wrong with them blocking traffic and demonstrating about the unfairness and racism in America.”  Three others, chosen at random, said much the same.

When apprised that ‘demonstrate’ has become a popular euphemism for ‘destroying others’ legitimate businesses, tearing down their livelihoods and making it even tougher for themselves to get and keep jobs’, they all seem to do a self-conscious shrug and walk away.

I sat stunned.  Are we so calloused of soul, so mercenary of spirit that we believe it’s okay to sanction destruction, beatings, even deaths so long as they highlight our cause and agenda?  So septic with these pus-packed boils of flagrant hypocrisy we no longer have the moral sense to hide it?

Here’s what I had on my heart last year.  It’s still there.

Reading and listening to the flow of random conversation can be instructive.  This seems to be the general consensus.

“Thanksgiving?  Black Friday?  Christmas?  New Year’s?  This world is weighed down with corruption, stuffed with death, sin and depravity.  Up is down, rotten is good, lying is expected and decency is for rubes.  Anyone or -thing remotely considered conservative or aligned with the political Right is mercilessly sneered at, defamed and where possible destroyed.  Christians?  Jesus?  The Bible?  Aw, man, don’t even get me started!” 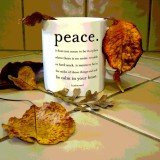 When has that not been the case?  Why are you running scared?  Why are you allowing all that to intimidate you into striking your colors, removing the chargemag from your phaser rifle and giving up?

Have you so quickly forgotten how often God has heard the deep, persistent cries of His people and intervened in situations everyone believed were inevitable?  Done deals?

“What?  That BIBLE thing again?  Really?”

Mm-hm.  What would be wrong about you going on the offensive for a change?  Why don’t you ask them some questions?  Such as . . .

Why does it bother you so?

If, as some say, the Bible’s such a harmless volume of myths and popular fiction, why aren’t you satisfied until you’ve destroyed it and assassinated the characters of us who live by it?  Why not just leave us alone if it’s the bunch of hooey you say it is?  We’re living mighty clean lives, we’re not bothering anyone – so what’s up with all the vitriol?

Why are your only anecdotes those of radical, ‘ultra-Right-wing Bible thumper’ types, the fabled wild-eyed zealots who bring shame and dishonor to the name and cause of Christ?  How could you possibly miss the multiplied millions of real Christian men and women who daily, quietly serve Jesus, living out Bible principles by serving their fellow man–often some of the very ones of you so intent on discrediting them and their lives?

Tolerance, you say?  Seriously?  Why does your tolerance embrace all except those who are conservative, Biblical believers honestly doing their best to live in ways that please Christ and extend His love to you?

Why are you so focused on tolerating–and loudly demanding that we tolerate–only those things the Bible says none of us should?

Might there be some truth to the idea that God knows what He’s talking about?  That He’s seen this human trainwreck once or twice before and gives us His guidelines to keep us from topping off the tanks on the diesels and doing it again?

Genuine followers – disciples – of Jesus love those around them.  They care about them, hug them and pray for them.  They clean out and bind their wounds (of all kinds) and listen to them by the hour.  Christians are friends with them and will often be there for them when all others have run away.  Lifestyles, addictions, associations, choices and unpleasant consequences don’t matter.

Seems to me that models tolerance.  Also seems to me that you who are quickest to deride and insult Christians are also among the first to whine and criticize why they aren’t doing more when there’s some sort of emergent need.

Does that not stipulate that you know it’s the Christians who are actually the tolerant among us and not their incessant critics?

So, then.  It seems your animus is toward the Bible and what it teaches about God’s view of  things, events and people.

Might as well be honest about it.  Your argument is not with the millions of steady, decent people who love God, have accepted Jesus as their personal Lord and work to live according to Bible precepts.  Those people care about you and love you.

Your issues are with God.  It’s what He says that infuriates you and has you casting around, looking for a convenient target for your venom and frustrated hatred.

There will always be a man or woman of God around who really, truly loves Him and really, truly loves you.  They’re the praying warriors upon whose personal faith so many battles have been borne and with God’s help won–many of which you knew nothing.  All this time you thought it was your sparkling wit, your stunning, cunning talent and strength of will that made things work.

Hardly.  Somebody, somewhere was praying because God alerted them to your need.

No matter how you treat them, talk about them or gang up on them with others who are mad at God, those toughened, scarred Christian men and women will always be there–genuinely loving you, caring about you and praying for you.

Remember all those times you clenched your jaw and ground your teeth, screaming, “GOD, I WISH ALL THOSE PRECIOUS JESUS LOVERS WOULD TAKE THEIR STUPID BIBLES AND JUST GO AWAY!”?  Remember those times?

One day God’s gonna grant you your wish.

I don’t think you’re going to like it much.  You really don’t want to be here when that happens.

“Uh, Dan, this isn’t, ah, what I was expecting for holiday thoughts and wishes.”

So noted.  I feel these things need to be addressed.  There’s such concerted effort to remove any mention or influence of God in American social life, and nowhere is that more zeroed in on than Thanksgiving and Christmas.  The assault is so profound that our very history is being redacted and rewritten to support the lies that God had nothing to do with either of them.  Yes, I know the claims surrounding both holidays.  Since there are only 365 days in a year and 7.125 billion people each of whom believe in something or someone, it stands to reason that all days will be considered multiuse.  And if the recent discoveries of pyramids in Bosnia that dwarf those in Egypt and predate them by millenia means anything, what’s so tough to understand about every special/holy/unholy day being borrowed from someone having previously used it for their own?

What difference does that make about when the hardy people we know as Pilgrims landed and why they made the trip?  About which exact day Jesus was born?  The time of year?  The facts bear out that both events occurred.

My interest here is not to defend God or His Word.  Neither He nor the Bible are caged and on display where you and I can go visit them whenever we feel a quart low on our religious juices.  Some have that notion.

Neither of them need my defense.  I simply repeat here:  I am a disciple, a follower of the Lord Jesus Christ.  Yeah.  One of ‘those’.  I do care about you, I do love you and I do pray for you.  It’s one reason I occasionally ask you to stay in contact with me so I know how to do that better. 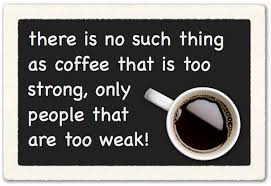 I carry the scars, inside and out, of a thousand battles usually fought face down and faith up.  I rarely know the true extent of the outcomes, but I know and trust God.  You and I will never agree about some things and rarely about others.  Great news:  we don’t have to for me to be your friend and be willing to drop what I’m doing at a moment’s notice and do some serious spiritual battle in your behalf.  That’s ‘intercession’ and it’s what real Christians do.

Always have, always will.

So.  As we all gather with what families are close to celebrate both Thanksgiving and Christmas, give some thought to what they both mean then and now.  And let your gratitude overflow to those—- those Christians who dare to live what they profess.

All it takes is one or two or a dozen to show up the hollow professers for who and what they are.  All I ask is for you to be honest in distinguishing one from the other.

There is a difference.

From Babycakes and I, many Thanksgiving memories and Christmas blessings to you and yours.