I know you’ve heard the joke.

“I had a serious drug problem as a kid.  Every time there was anything going on at the church, my parents drug me there!”

It’s no joke.  I’m a result of being drug like that.  I’m who and what I now am because they made me go with ’em to whatever it was.  Regular worship, revival, camp meeting.  Kids’ stuff when I wasn’t old enough for the youth group and teens’ stuff when I was. 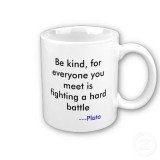 Think about that for a minute.  They never took my preferences into consideration.  Never once did my mom or dad ask whether I wanted to be there every time the doors were unlocked.  They made my choices for me.  I guess you could say they kind of forced me to go whether I wanted to or not.

That’s coercion.  Neither of my parents are still around, so I’m free now to address their assumption that they knew best.  I’m a grown man, now.  I’ve had over six decades of life experience and I think I have a pretty good handle on what being forced to go to church ALL the time as a kid has done to me.  This may not set well with some of you but I need to come clean and get this off my chest.

My dad and mom weren’t well-educated.  They met in a logging camp up in the timbered mountains of central Oregon.  There wasn’t much else besides drinking, sex, gambling, and church for the loggers to do; they usually had to use the same building for it all.  Well, except for the sex.  I guess they got creative.

Daddy and Mother figured drinking, sex and gambling didn’t go well with little kids.  That left church.  They went first, and listened to the pitch of whoever was brave or stupid enough to go up there in the first place.  It was a little challenging because while whoever it was tried to preach the Gospel, drunken loggers and saloon girls outside usually threw pine knots and hunks of wood against the building and cussed him.

I guess they didn’t like being wakened by “The Old Rugged Cross” or “Living By Faith” any more than I did.  Why can’t you just this once leave me alone and let me sleep?  It’s not like I haven’t heard this before.  EV’ry week, EV’ry month, EV’ry year.  “C’mon, Danny.  Time to get up and get ready for church.”  Mother actually sounded like she enjoyed that junk.  And Daddy?  He didn’t say a lot unless I didn’t listen to Mother.  I don’t need to pursue that, right?  I never had a vote, never had a choice.  They made it for me!

Well, I’ve grown up now.  I think it’s my right to speak about what I want, what I’d prefer.  This is MY life, now, and I’m tired of staying quiet and respectful.  You want to know where I am about all this churchy, ‘worship’ stuff EVERY SUNDAY?

I do have a few things I’d like to get off my chest, once and for all.  I’ve lived long enough to really not care whether you approve.  They had opportunities to make their choices before I was ever around.  I resented them not letting me make my own.  This is how I feel about my parents hauling me around to church pretty much from the time I left the hospital in my mother’s arms and expecting me to keep that up until I left home.

They spent all my growing-up years chiding me, keeping me from all the fun, exciting stuff all my friends were bragging about.  They were always watching me, always snooping around wondering what I was up to.  Never once did they say, “Okay, the choices are all out there, Danny.  Now, get out there and figure it out.  You decide what you want and how you want to live your life.  G’wan, son, get out and sample it all.”  Oh, no–not them.  Not with me.  They made my choices for me, never asking if it’s what I wanted.  It’s like they didn’t even care what I wanted.  Come Hell or high water, they were going to force all that God stuff down my throat whether I liked it or not.

Yeah–well, you know what I want to say right here?

My own children are now adults.  I’ve lived long enough to watch the results of their own choices in their individual lives.

Daddy and Mother were right in reining me in, controlling my activities, providing careful overwatch as my creative ability became apparent.  They were ‘old-school’ enough to believe their task was not to be my friends, using ‘we’ a lot and suggesting in soft tones.  They believed God made them accountable to Himself and His Word as parents; and they took that role seriously.

I found out early on that trying to drive a wedge between them with, “Momma said…” was about as effective as trying to dissolve a concrete block in a mud puddle.  How dare they compare notes and agree on stuff?  My union needed to hear about this travesty!

Mother was always jovial, often laughing at my attempts to assert MY wants and preferences.  That always went down well. . .  Nobody who takes themselves too seriously likes being humored.  Appealing to Daddy got me no further.  He’d just lower whatever he was reading, pin me with those Boone eyes and slightly raise his eyebrows.

Oh, yeah.  Very eloquent.  What I’m trying to say is that my parents knew their stuff, understood their roles and before God did their best to raise me to know who Jesus is so I could make a choice for Him early in life.

I did.  And though they’d prepared the ground of my heart as carefully as they always prepared our garden each Spring, neither of them were there when I asked Jesus to forgive me of my sin and accepted Him as my Savior.

Across the intervening years I’ve had plenty of chances to test that choice against all the ‘fun’ my friends who’ve survived have been having.  The same is true for my adult children.  Truth?  We raised them as we’d both been raised.  Yeah.  Oppressive, overcontrolling, with way too much religious junk, forcing them to go to church with us.

They’ve had trainwrecks in life just as we all do.  After all, we all make our own choices.  Trouble is, we also cannot escape the consequences of those choices.  We all face those, too.

Therefore this is the overall response in my heart as a senior adult to my parents’ habit of doing their best when I was little to always keep my head turned toward the Light.

I’m glad they had the guts to be my parents instead of my friends.  I’m thankful The Bible was their basic code of ethics, their parental training manual.  I’m grateful for the memories of never, ever sitting down to eat without thanking God for the food and for His blessings.

They could’ve shrugged it all off after raising 4 others kids, all of whom were adults.  They could’ve just let me bounce around while growing up like some kind of social/mental/psychological/spiritual pinball.

I’m so glad they didn’t.  My choices would have been disastrous, my life a series of harsh, broken experiences.  Having known a bunch of those before coming to Christ, Daddy and Mother figured the best thing they could do was raise me to stay away from as much of that as they could manage.

I’m glad they did.  I’m glad they didn’t leave weeds and predatory critters in the way as I grew up – just like they never left either of those things in any of our gardens.

So, no.  I have no bone to pick with my parents for raising me in a Christian home.

I’ve seen the outcomes in the children of those who didn’t bother.

All I can say is I’m so thankful for God’s great grace!

I’d better get this published, huh?  It’s time for little Danny to get cleaned up and head for — you know.