Story: ALL THE DIFFERENCE IN THIS WORLD

He shrugged a little deeper into the collar of his coat, feeling more of the morning chill now that he’d turned the corner and officially become a ‘senior citizen’.  He grinned at himself:  I now qualify for those stupid discounts all those impossibly-young teenies keep asking me if I want.  ‘Course, now I’m proud of it!

The two of them went back a ways.  As time moved inexorably on, their friendship seemed to deepen, expanding far beyond anything either of them ever expected.  Smiling again, Granger slightly shook his head as he realized he’d been peering anxiously through the light autumn fog, looking for the cheery lights of VERN’S VARIETY. 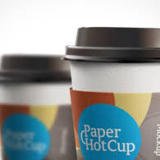 Hm.  Must not’ve walked as far as I thought, be–  His toe caught the uneven lip where the sidewalk had buckled over time, making him stagger to keep his balance.  Dadgummit.  Serves you right for gawking up ahead instead of watching where you’re walking.  Those lights are always there, same place, same time.  And that crack sure never moved.  You’re only a few yards from…

And he was.  It suddenly hit him:  other than the dim ones in the back Vern always kept on overnight, the lights weren’t on.  Squinting, Granger could now see a huddled form sitting on the weathered old bench they’d shared since the Ark dried out.

This is not like him.  He always…  Huh.  Quickening his steps, Granger walked the few yards remaining.  Unconsciously, he glanced at the darkened interior of the store.  He couldn’t remember a weekday morning, including Saturdays, when what all the locals called VERN’S wasn’t lit, bright, welcoming, coffee scents inviting and youthful baristas ready for the Wi-Fi-expecting, latte-lapping younger ones who always loved the little tables inside.

His eyes lowered to take a good look at his friend.  He’d kind of sunk into the warm folds of his coat, head slightly down, hands buried deep in the coat pockets.  He was staring into Yesterday.  Though blank, Vern’s face was a study in contrast from it’s normal lively, interested good humor.

Granger stood quietly for a few seconds, then decided.  “Be right back.”

Quickly, he walked farther up Elmont and ducked around the corner to a gas station he knew always had coffee.  Buying two large cups, he retraced his steps to where his friend still sat.

“Here.  Just the way you like it.”  Making sure his pal had ahold of the cup before letting loose of it, he sat down on the bench as they’d done so often.  A car pulled to the curb, slowing to look at the darkened windows.  The front passenger window slid down and a frowning young voice asked, “You guys gonna be open today?”

Granger waved at them and said, “Yeah.  Soon.  Give us a few minutes.”  As the car pulled away, he swung his attention to his friend.

“This isn’t like you.  Can you help me understand what’s going on?”

He then leaned back, savoring the fresh, hot coffee, quietly eyeing the other man.  It seemed like even the morning fog had settled around them once again, cold fingers resting on the back of their necks.

“I lost a lifelong friend yesterday.  It feels like a piece of me’s missing.”

Yeah.  That’ll do it.  Knowing the value of silence, Granger sat quietly, waiting.  Sometimes real friends can communicate more through their shared silences than others can with overflowing mouths.

Gamay came up respectfully, asking, “Is it okay if I go ahead and open the store and get coffee going, Mr. Vern?”  Knowing his friend was still intent on forming his thoughts and deciding which to share, Granger made eye contact with her, smiled and nodded.  Bobbing her head respectfully, she turned to cross the broad walkway and unlock the door.

He was following her progress through the windows, observing lights coming on and signs lighting up when Vern’s next words snapped his attention back like a cheap rubber band that’s just broken.

“You get to where you depend on somebody, y’know?  You expect ’em to just be there.  Just knowing they’re there makes the day better.  It just feels more…  I don’t know, together?  Finished?  Fulfilling?  It’s like your heart knows it can lean back and sigh and relax.”

Vern’s vacant stare finally moved to Granger’s face in a silent appeal for understanding.  Looking his friend in the eye for the first time, Granger could see the quivering, naked emotion just barely hiding behind his troubled eyes.

“Ajax.”  Aw, man…  Vern and Eileen had gone and picked out the wire-haired Jack Russell pup even before weaned.  That was–what?  Had it been that long?  Eileen had been gone for six years, and Ajax had become almost inseparable from Vern.  His car never moved unless Ajax was in his favorite spot in the back seat, right foreleg braced on the door armrest, muscular little frame leaning toward the window as if to say, “Ain’t NUTTIN’ happenin’ I don’t see!”

“People who aren’t into pets don’t get it, Vern.”  Granger waited, gauging whether the other man was wanting to talk or not.  When his eyes lowered and he nodded, Granger went on.

“They’re almost like little people.  Companions.  They develop their own quirks and habits just like we do.  Some of them are endearing and we can’t get enough of watching them; and others drive us nuts and we wish they’d just knock it off, already.  Again, just like us.”

Taking a deep breath and wiping his eyes, Vern continued.  “There’s nothing like a Jack Russell.  The minute they’re awake, it’s like they’re instantly alert, nerves taut and muscles tensed, just waiting for the slightest movement by anybody.  Anything.  I’d gotten so used to Ajax bouncing off the walls that I guess I expected it would never change.  I never had to wonder where he was.  He was always right there.”  He pointed down beside his right leg.

Gamay came out with two fresh, brimming mugs of coffee, silently serving the two men, collecting their empty cups and going back inside the now-busy, noisy store.  Granger smiled his thanks, mentally reminding himself to give the girl a hefty tip before leaving.

“He wasn’t there yesterday.  I went to check, thinking I’d left him outside.  He was just laying there in his bed which was odd because he always slept on the other side of mine.”

“When I spoke to him, he moved his head a little.  I bent down to pet him and smooth that one little tuft of hair that never has laid down and he licked my hand.  And–  and then he–”  Granger heard the trembling in his old friend’s voice.

Waiting, Granger knew what was coming.  They’d had this conversation before.

Clearing his throat, Vern went on.  “He just kind of sighed and left.”  Big tears began once again to course down his cheeks.  He lifted the steaming mug to his lips and sipped carefully.  His hand was trembling.  “I don’t know what I’m gonna do without ‘im.”

Waiting, Granger knew what was coming.  They’d had this conversation before.

As if to clear mental cobwebs, Vern shook his head, ruefully half-grinning.  “Yeah, I do.  I will go on.  You know that song, right?  Gaither Vocal Band from a few years back?”

I repent for moments I have spent
Recalling all the pain and failures of my past
I repent for dwelling on the things
Beyond my power to change, the chains that hold me fast

I will go on, my past I leave behind me
I gladly take His mercy and His love
He is joy and He is peace
He is strength and sweet release

He used to sing it a lot.  Maybe it was time to brush it off and remind himself:  time to move on.

Granger was surprised at the pensive, circumspect feeling that had settled within himself.  It’s so deceptively easy to think nothing’s going to change, there will never be an appreciable difference, and life will continue just as it has.  He now grinned at himself.  That is, until you figure God into the equation.  Never bet against God.

He felt a hand on his arm.  Vern was looking at him kind of funny.  “YOU okay?”

Smiling as he rose from the bench worn smooth by years of grateful backsides, he nodded.  “Yup.  It’s time for me to ‘go on’, too.  And you have some great customers to greet.”

Surprised, Vern first looked at his watch, and then behind him.  VERN’S was crammed with excited, smiling, jabbering people, many of them looking back at him, motioning him inside.  He self-consciously looked at Granger.

Taking hold of his friend’s shoulder and giving it a squeeze, he smiled and pushed Vern back toward the store.

“Go.  Today’s a new day.  And unless I miss my guess, a couple of those people are a lot like Ajax.  Go give ’em a Skooby snack and love on ’em a little.  And remember the song.  Now–go on.”

When you lose somebody significant to you, it can seem like life has closed in and you need some time off the merry-go-round.  Grieving is part of living.  It makes loving and life and happiness have more meaning.  It’s like that dark experience is the matte black edging around the picture of your ‘today’.  It isn’t the picture and it doesn’t hog the attention.  Yet it is there and must be accepted to be able to go on.

There’s a reason grieving takes awhile.  And there’s a reason why those who grieve sometimes don’t make sense and their emotions contradict themselves.  Love them enough to simply be there, kind of like that matte edging.  Be willing to be a backstop, sounding board, even a whipping post.  Be the friend they need until they recognize the end is in sight and they’re able to healthily go on.